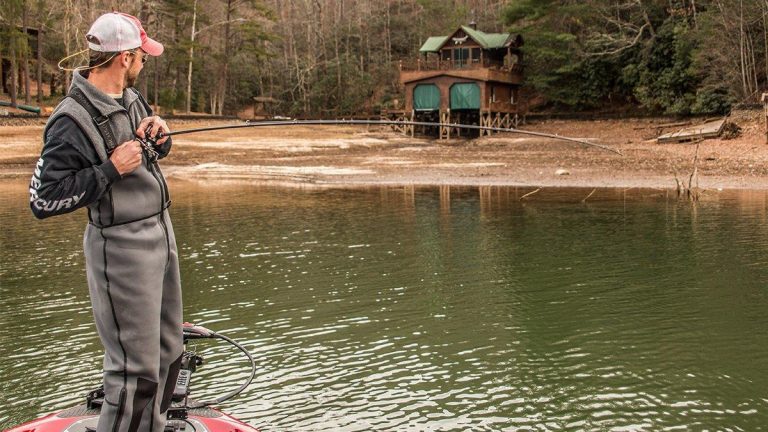 “How do I get sponsors?”

It’s one of the most common questions we get at Wired2Fish. The bass fishing industry is being inundated with sponsorship requests in recent years and to be quite honest, most inqueries are being deleted by companies before they’re even opened. So how in the world does an angler make those key connections?

I’ve been talking with several industry executives over the last few months about this very topic and from these conversations, I’ve put together some universally agreed upon stances that may help you stand out from an incredibly saturated crowd.

Anyone who manages major social media accounts within the fishing industry can attest to the fact that they’re bombarded by hundreds of direct messages each week, all asking for the same thing: Sponsorships.

There’s one major problem, however. Your messages probably aren’t going to someone with that type of decision-making power.

“The chances of your direct message being seen by the right person are somewhere between slim and none,” one industry professional said. “Most of these companies hire outside public relations firms or social media consultants to run their accounts. It’s not like you’re sending these messages straight to the marketing manager. The job of these social media gurus is to address warranty issues and the like.”

Another industry professional to whom I spoke further addressed the ineffectiveness of direct messages, but for a different reason.

“The fishing industry is a great group of people and we all live the same lifestyle,” the source said. “But that doesn’t mean that professionalism should be thrown out the window. A direct message is no better than an improper text message. We need to understand that you can eloquently articulate your point and that’s almost impossible in a 500-character Instagram message.”

If you’re determined to send that direct message regardless, consider politely requesting the marketing director’s contact information for potential promotional opportunities. If you don’t receive a response, you have your answer.

If you’re fortunate enough to have a decision maker interested in your promotional abilities, you can bet they’re going to thoroughly research you. Personally speaking, I do the same thing when reviewing potential Wired2Fish contributors. I’ll spend several hoursâ€”yes, hoursâ€”going through their social media profiles with a fine-tooth comb. Companies work hard to build a reputation and it only takes one guilty-by-association incident to ruin it.

“We’re looking for very specific things in these profiles because we want to make absolutely certain our company is being represented well,” said one marketing manager. “Foul language, insults, incessant arguing and badmouthing of other companies and/or anglers isn’t acceptable.”

Now, let’s be real and not make this sound so stuffy: Most of us get tagged in “inappropriate” memes and videos by our rowdy friends and some of ’em are pretty darn funny. But you can set up your Facebook account in a way that you have to personally approve any post or tag to your timeline before it goes public. Small details like this can make all the difference in the world when you’re trying to land a legitimate fishing sponsorship.

People hashtag and tag fishing manufacturers every single day on social media; and they do it for free simply because they believe in the product. These companies don’t have to pay peopleâ€”or give away free or discounted productâ€”to do that. It’s one of the many positives of an engaged social media following.

“Lots of people like to fish,” said an industry executive. “Lots of people have an Instagram or Facebook page. Lots of people fish tournaments. Lots of people use hashtags. This is a supersaturated arena right now, and you need to ask yourself, ‘What am I going to do for a company that’s different than what anyone else is doing?’ Hashtags and ball caps don’t equate to value for many companies.”

There’s a lot of truth in that statement and it makes me think of one very particular example in the bass fishing world: Brandon Palaniuk. Sure, he’ll do some hashtags on his social media pages, but they’re supplementary to his outstanding camera work, engagement and teaching ability. Young anglers like him and Hunter Shryock have found a niche-within-a-niche that allows them to provide loads of value to their partners and they have been rewarded for it, and rightfully so.

Underestimating the power of grammar and speaking skills

“There’s not a human being on planet earth who makes a living catching bass.”

That’s what an industry friend told me a few days ago on a phone call. Upon hearing that, it’s tempting to use the Kevin VanDam example, but if you dig a little deeper, you’ll learn that catching bass is only a small part of his legendary career.

“Roland Martin’s mother actually made him take acting classes in high school and he made his son, Scott, do the same thing,” he said. “She wanted Roland to learn how to enunciate and speak comfortably in front of crowds. If someone wants it badly enough, anyone can take the time to learn public speaking. Study the greats like KVD, Scott Martin and Brandon Palaniuk. Pay attention to their inflection and use of good grammar. That’s the kind of stuff that will get companies salivating.”

Skipping out on the tackle shows

The bass fishing industry is incredibly small and company executives catch on to things pretty darn quick. The next time a fishing tackle show or a championship eventâ€”the Bassmaster Classic or Forrest Wood Cupâ€”is held within a reasonable drive of your home, you need to be there. Eventually, someone is going to start recognizing you.

“Nothing in the world replaces a handshake and direct eye contact,” one Promotions Manager said. “You can tell a lot about someone after a quick conversation.”

This doesn’t mean that you need to print out a 3-inch stack of resumes and act like you’re going to a job fair; let’s be clear on that. There’s also no need to walk around asking for sponsorship deals. But if you can swing by a boothâ€”when they’re not busy or talking to anyoneâ€”and exchange a quick handshake and maybe a brief conversation, you’re ahead of the game.

Now, I’ll be honest based on what I’ve seen over the last several years: There are a lot of guys wandering around these shows in their jerseys and neon-colored tennis shoes. So why do the same thing? Iron some slacks, throw on a sharp-looking polo shirt, shave that neck beard and be different.

Worrying too much about sponsors

As I mentioned earlier, this is a small industry and everyone talks to one another. These companies are plugged into tournament standings and trends, whether you realize it or not.

“Focus on the fishing to start with,” a marketing manager said. “Don’t forget why you started fishing in the first place. As you move up the ranks, trust that companies are paying close attention. They know who’s winning regional tournaments and they definitely know who’s going to shows.

“If you deserve a break, you will get a break. I fully believe that. You’ll turn someone’s head that matters, but you just have to keep your nose down and move up those ranks. It will happen, but it’s going to take some time.”