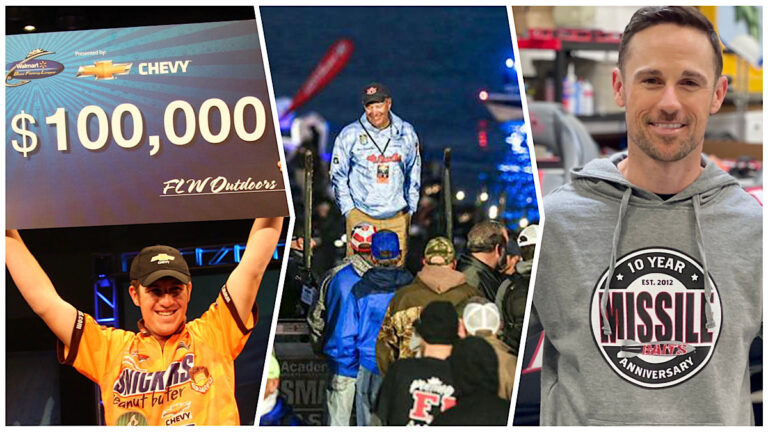 I’ve been fishing all my life; most any of you who have read anything I’ve written before probably know that by now. If you’re around it as much as I am, you’d think I’d have a pretty good pulse on things by now. For the most part, I do. I can usually see things coming or have a pretty good idea about something.

That’s not what this piece is about today, however. I’ve been pretty wrong about a few significant things in the bass fishing industry.

Despite having fished all my life, competitively fished most of my life and having worked in the fishing industry now for more than a decade, some things still catch me a little off guard. They don’t always go the way I think they will.

Basically, I’m not immune to being wrong. Today, we’re going to look at three times I was really wrong about the fishing industry. 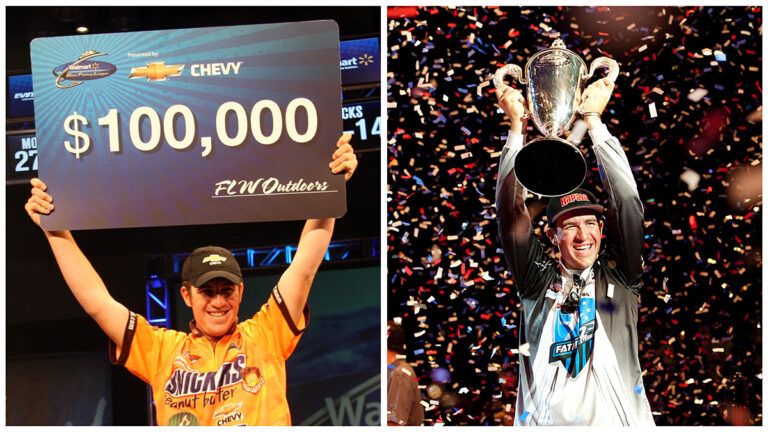 It was late spring in 2011. I’m able to remember the general time frame for a couple reasons. First, the BFL All-American had just been held on Cross Lake in early April and I was tasked at the time with interviewing the winner.

Secondly, after the interview had wrapped up and we started talking about FLW’s College Fishing trail. I had recently competed in the 2011 National Championship, finishing 3rd for the second year in a row and the interviewee was picking my brain about his options. He was trying to figure out how to best leverage his BFL All American win and which trail to fish the next year.

The angler I was interviewing was none other than bass fishing phenom Jacob Wheeler.

At the time 11 years ago, he had yet to become the Jacob Wheeler everyone knows today.

Being a fan of the sport, he had watched the previous two seasons of FLW’s College Fishing closely and was at a crossroads where he could either go to school and fish the college trail or try his hand at the pros. As weird as it sounds today looking back, Jacob Wheeler was asking for my advice, knowing I had fished the college trail and had done well in it. I told him emphatically that he’d be crazy not to go the college fishing route.

The College Fishing trail was competitive, but it was still in its infancy as well, with only two seasons under its belt. With a berth into the Forrest Wood Cup as the grand prize of the college fishing world at the time, there was no easier way to get there in my opinion. A guy like him, with some recent tournament success and who was obviously a pretty good angler, he could fish the college fishing circuit and do really well for himself.

Well, obviously Jacob didn’t take my advice and what a difference that made. He chose to fish the FLW Tour and just the next year at the ripe old age of 21, Jacob Wheeler won the 2012 Forrest Wood Cup. He’s gone on to win time and time again and has had a big hand in completely changing the industry in a lot of ways. So yeah, I was a little off on that one. 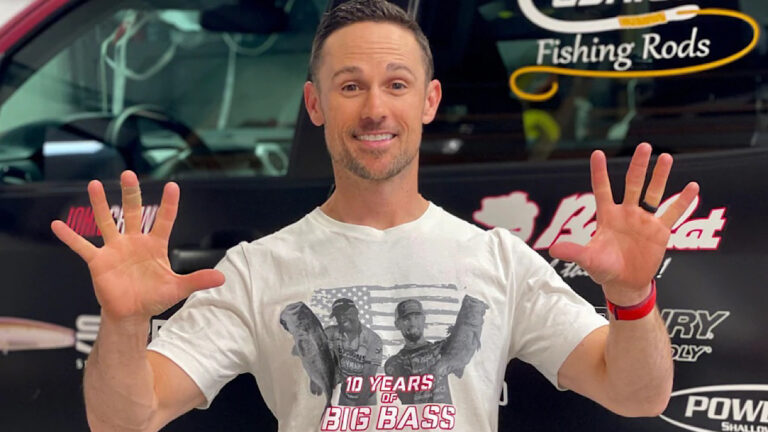 I remember what I thought when I first heard about yet another soft-plastic lure company entering an already-oversaturated market. I thought to myself, “What a terrible idea.”

It was around a decade or so ago as well, because that’s about the time John Crews founded Missile Baits. I thought to myself, “Why would anyone in their right mind take on the likes of the Zooms and Strike Kings of the world, who already had such a massive presence and foothold in the soft-plastic lure world.”

I had a lot of doubts. But what I didn’t have was Crews’s vision and foresight.

I have since admitted to Crews in a conversation that I thought he was crazy at the time for starting Missile Baits but that thanks to the luxury of hindsight, now I could see where he was right and I was completely wrong. What I saw was an oversaturated market with a bunch of little piglets fighting for a teet (sometimes my analogies get a little country). But what he saw was an ever-expanding market with plenty of room to make his own way.

It wasn’t about coming in and fighting for a piece of the pie that already belonged to someone else. It was about giving anglers options and trying to create new products that he himself and other top tier anglers wanted to fish with, that they saw missing in their personal arsenals.

Though Crews admitted too, there was some new element of competition to it that he also liked— competing against other top-touring anglers on the water while also competing with other lure designers and CEOs in the lab and the boardroom.

Starting and running a lure company has many facets to it. And all of it appealed to Crews, which set him on fire. Now, more than a decade down the road, Missile Baits is doing very well with several popular products and new ones coming to the market nearly every year. Crews found a niche in the market and then grew with the market, as more people are fishing now than ever before. And though some brands do come and go, the success of Missile Baits has prevented my eyebrows from rising quite as high when I hear of someone wanting to jump into a product market for bass fishing.

Maybe there is room for more. I’ve been wrong before. 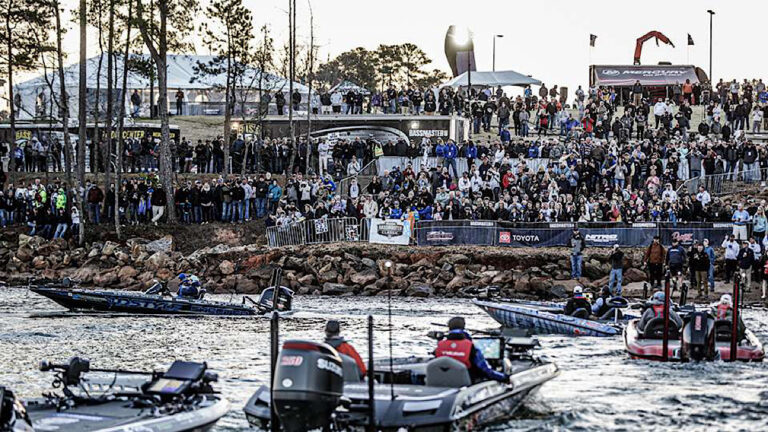 I’m not gonna lie, when MLF started the Bass Pro Tour, I thought B.A.S.S. was going to have a hard time of it. Now I want to be clear from the onset here, this isn’t a position piece or a pro-B.A.S.S. piece or a pro-MLF piece.

Most folks are hesitant to say anything publicly about either company for fear of the other getting upset. But I’m not here to bash one or to look at the other through rose-colored glasses either. I believe at the very base level most of us could agree that both organizations and the handful of others who are running national tournaments bring something special to the table for the overall good of bass fishing.

I’m just simply stating another instance where I was wrong. When MLF announced the Bass Pro Tour and we sat back as an industry while a large portion of the former Bassmaster Elite Series anglers made their decisions on whether to stay on the Elites or go fish the Bass Pro Tour, I was skeptical whether B.A.S.S. could survive the avalanche of anglers who left. I just couldn’t see a way for them to feasibly move forward.

That being said, I was really wrong.

I’m not here to debate which company is top tier and which is second string and all that mess. My honest opinion, they offer different products and again, both bring something to the table for the good of bass fishing as a whole. There’s no doubt MLF has brought a lot of new eyes and interest to the sport of bass fishing. But what I didn’t foresee was the caliber of anglers out there waiting in the wings, hungry and itching for a chance to prove they belonged.

What quickly became evident was the existence of this large number of extremely skilled fishermen just looking for a chance to compete. In 2019, we saw a huge group of fired up Elite Series rookies with a big chip on their shoulders looking to prove something. And the only fire that shined brighter than the one in those rookies’ eyes was the one burning in the resident Elite anglers’ eyes that had either chosen to stay or felt rejected by not receiving an invite.

If you’d have asked me at the time, I’d have predicted the ship was sunk and there was no way to bail water fast enough.

I was very wrong.

B.A.S.S., the best I can tell, is rolling on better than ever. Having weathered the storm, shifted, modified and grown through the process of adversity, B.A.S.S. has more than steadied themselves. I’m sure they did a lot of things behind the scenes to right the ship as they were undoubtedly rocked a bit, but I have to give a ton of credit to the anglers who stepped up to fill in the gap as well.

The grit, fire and passion they had to prove they belonged and weren’t just an after thought or fillers… that went a long way in B.A.S.S. weathering the storm. If the growth B.A.S.S. has seen the last couple years (despite the mayhem of COVID-19 and all the other madness that came with 2020 and 2021) wasn’t proof enough of their staying power, just look at the recent success, attendance and widespread interest in the 2022 Bassmaster Classic.

There are likely a few other instances where I missed the mark in my predictions over the years. But I’d say these three take the proverbial cake when it comes to me being wrong about the bass fishing industry. Jacob Wheeler has proven himself as one of the best anglers of all time, carving his way through any level of competition put before him. Missile Baits was never just another soft-plastic bait company really, though that was my perception of it from the start and one that had a grim outlook. But hard work, ingenuity and vision proved me wrong there for sure.

And as it pertains to B.A.S.S. taking a heavy blow and continuing to move forward, they may have been knocked down a bit but certainly weren’t knocked out. Any wavering of the knees seems to have steadied over the last couple years as they’re hitting full stride again, having produced several new household names like Walters, Livesay and Feider while other staples like Crews and Cherry have established themselves as new-age veterans.

All in all, I guess I’d say it’s okay to be wrong every now and then. Just best to be willing to admit it and move on. We all miss the mark sometimes. And these are just three such instances in which I did.