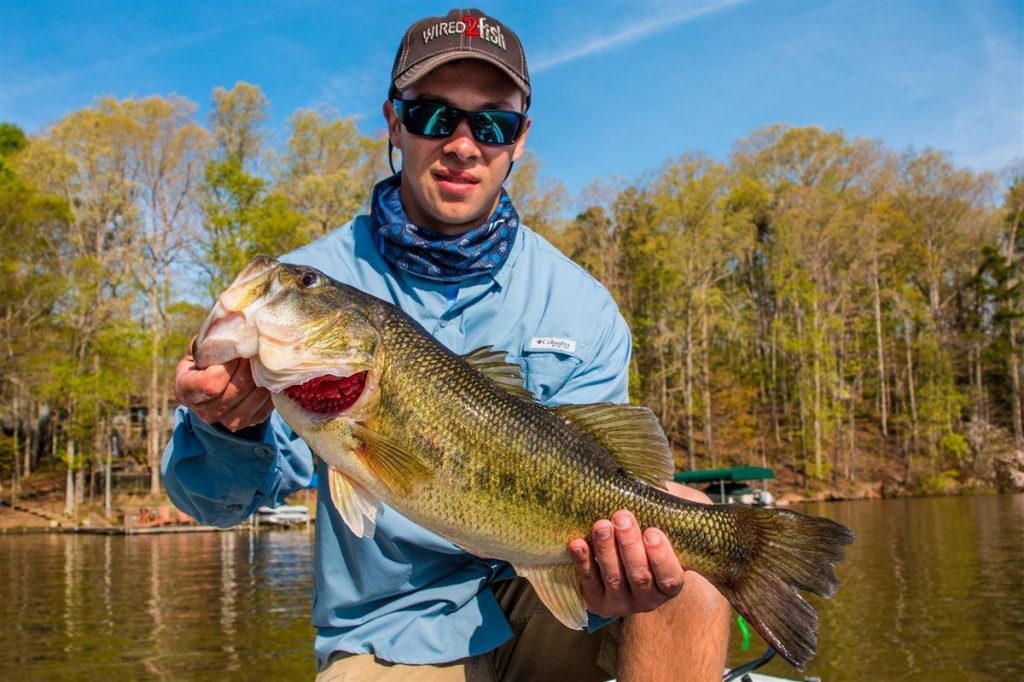 I’m one of the most forgetful people you’ll ever meet—especially when it comes to fishing tournaments. I’ll get so caught up in the small details like rigging tackle, that I’ll completely overlook the most important pieces of equipment. I can’t tell you how many times I’ve had that “oh, crap” feeling at the boat ramp or after catching my first keeper of the day, when I realize that I’ve forgotten something at the house.

I keep a balance beam in my boat for emergencies, but I honestly can’t tell you the last time I’ve used it. I’ve become a big proponent of a digital culling scale in recent years because it allows me to make culls in just a few seconds. This is not a sales pitch—I promise—but my favorite one so far has been the Rapala Touch Screen Tournament Scale. 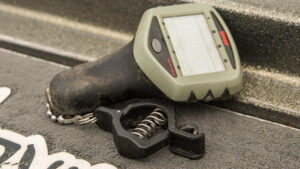 Here’s how the process works for me: I weigh a fish, lock the weight and designate a number for that fish. The scale automatically calculates your cumulative weight. When I catch my sixth fish, I’ll weigh it, lock the weight and press the number with the lowest weight, which replaces your smallest fish with your new fish. The scale automatically calculates the cull, too.

I don’t understand why some people still fish through their livewells for five minutes and start holding them all side-by-side to make their culls. Not only is this inefficient, but I want to touch the fish as little as possible to keep their slime coats intact and avoid stressing them.

One more thing: This particular scale runs on two AA batteries. In four years, I think I’ve replaced them twice. But I always keep a small pack of extra batteries in my dry box just in case.

For whatever reason, I go through measuring boards like a crazy person. I have a bad habit of leaving them on the front deck and hopelessly watching them bounce into the water while I’m running between spots. They’re not expensive, but not having one onboard is really inconvenient.

I’ve resorted to some pretty janky methods when it comes to measuring bass in a pinch. I’ve tried to measure them with dollar bills, my size 12 flip flops (it sounded like a good idea at the time) and old measuring tape. None of those methods are ideal.

Most measuring boards will work, but I’ve become pretty fond of the Ego Kryptek Measuring Board. It’s etched in 1/4-inch increments and it doesn’t bend easily, which is really important. If you accidentally step on your measuring board in the boat, you can warp it and your measurements can be thrown off. This will often result in a sizeable penalty at weigh-in.

One more thing: Try to get in the habit of putting your measuring board into a compartment after you’ve used it. Those suckers can catch air in a heartbeat and you have to be pretty darn athletic—more athletic than me, at least—to catch it before it goes overboard. 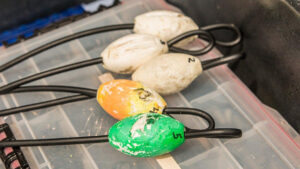 I don’t often forget my culling clips, but I usually forget where I put them. This is a sticky situation when you have a keeper in one hand and you can’t find your darn clips. I’ve been there many times, so I started keeping them in my back compartments, next to the livewells.

I don’t like the clips with the plastic buoys attached to them. I used them for several years, but they are way too easy to break. If you accidentally step on ‘em one time, they’re toast.

For this reason, I highly recommend using a set of cull clips with foam buoys. As you can see by the photo, I’ve been using these T-H Marine G-Force Cull Clips for a long time. They’ve definitely seen better days, but they’re still doing the job and most importantly, they’re not littering the floor of my boat with sharp pieces of shattered plastic.

I don’t really pay attention to the buoy colors. Instead, I’ll take a permanent marker and number them one through five. This allows them to work flawlessly with the digital scale I mentioned, so each fish is individually numbered and easy to locate in the livewell.

This is one of the easiest things to forget and it’s also one of the most annoying pieces of equipment to be without. It’s not fun digging around with your fingers to unhook a bass and remember, we want to minimize the time that the fish is out of the water. So a good pair of pliers should be in your boat at all times.

I like to use the 6 1/2-inch Curved Fisherman’s Pliers from Rapala. They’re 10 bucks and I really like them for getting treble hooks out of fish. I actually bought two pairs—I keep one in the back of the boat for my partner and one in the front for me. 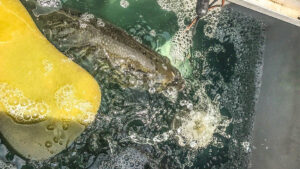 This sounds like a no-brainer, but if you’re like me and run an older bass boat, things can break in a hurry. The night before every tournament, I go out to my boat and check all of my livewell pumps. I’ll turn each one on, let it run for a few seconds and it gives me some peace of mind. As long as the pumps aren’t screeching or squealing, they’re good to go.

There’s nothing worse than catching your first keeper before realizing that your pumps aren’t working. My fill switch broke several years ago at the beginning of a tournament and me and my buddy had to manually fill my livewells. It was funny in hindsight, but it threw a wrench in the day and got us both a little spun out.

If your recirculate pumps aren’t working in a tournament, you might as well tuck your tail and head back to the house. Never—for any reason—try to “get by” in this situation. Your fish will die and nobody wants that. Just eat the entry fee and go get your pumps fixed.

Don’t turn into a diva: Grab some snacks

I turn into the worst human being on the planet when my blood sugar gets low. It really is tough to remember to eat when you’re in the middle of a tournament, but you’ll feel like a brand new man once you get a little nutrition in your system.

When you’re hungry, you just don’t make good decisions on the water. You’ll zone out, fish too fast and let small miscues (bad casts, snagged lures and missed fish) ruin your mood. I’ll actually put my Power-Poles down, find some shade and take five or ten minutes to eat a quick lunch. There’s no sense in starving yourself and being a dill hole to your fishing partner.

The night before each tournament, I’ll put all my food in a gallon bag and put it next to the front door. I’m certainly not the model for perfect health, but I suggest bringing some natural beef jerky, a few apples, a sandwich and individual packets of tuna with a plastic fork. I’m not a big tuna fan, but that little jolt of protein will do wonders for your concentration and stamina.

One more thing: Ditch the sodas and energy drinks. You’ll feel a lot better at the end of the day if you drink lots of cold water. I’ll also take a few swigs of Pedialyte just to boost my electrolytes and blood sugar. If you’re not peeing, you’re dehydrated and need to drink more.

This isn’t the time to act like a prude, so let’s just get it all out there. We’ve all been in the zone, fishing a good looking stretch of bank and enjoying the day when “it” happens. You know exactly what I’m talking about. Cold sweats, goose bumps and a little ninja starts doing roundhouses in your guts. All of the sudden, fishing isn’t so important anymore.

Your vision is blurred, your senses heighten and your buddy’s voice sounds like the Charlie Brown teacher as it starts to echo. The end is near and you’re freaking out a little. It’s coming, whether you like it or not. It’s part of the game for any outdoorsman.

If this hasn’t happened to you yet, it will. Heck, it happened to me while I was being filmed in a college tournament on national television. I’ll spare you the details.

So take 30 seconds, steal a roll of striking paper from your linen closet, stuff it in a dry box and put it in your boat.

One more thing: If you ignore my advice, at least keep a pocket knife on you to cut off a shirt sleeve. Everyone back at the weigh-in will know exactly what happened. Desperate times call for desperate measures. 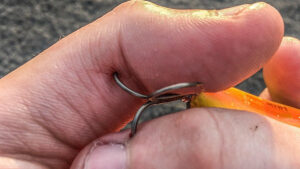 Some people will call me a wuss for including this on the checklist, but here’s the deal: I had a treble hook wrap around the bone of two different fingers—at the same time—a few years ago and I would have killed for a good set of side cutters while that hook was pressing on my nerves.

I also know a fishing guide who almost lost his hand after he was finned by a striper and it got infected. It costs about $25 to make a quick kit and it can save you thousands of dollars in doctor visits. I wrote an article about making your own kit and you can read it here.

Again, new boat owners may not have to deal with this as much, but for those of us who have older boats, your nav lights can be a real booger to deal with. Mine just stop working for seemingly no reason sometimes. I still have to take the cover off of my stern light and jiggle the bulb before it’ll turn on.

In the days leading up to a tournament, make sure both your bow and stern lights work properly and are bright enough. Mine have quit working at launch before and I’ve had to wait until broad daylight to blast off and start fishing. That’s a really bad way to start your tournament.

With all the boat accidents we’ve seen in the last year or two, there’s no excuse to run your boat in lowlight conditions without your nav lights—it’s honestly one of the most dangerous and irresponsible things you can do. Make sure they work and comply with your local boating laws. 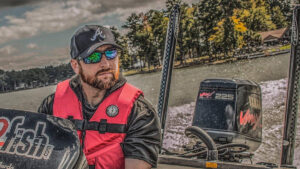 In my state, I have to have a PFD for each passenger and a throwable PFD on board and accessible at all times. I don’t know what your state requires, so make sure you check for yourself. Don’t take my word for it.

I’ve seen so many anglers at tournaments who slack on life jackets. Of course, we (should) wear them because any reputable trail has strict rules on it, but make sure they’re good life jackets. Don’t make a Friday night trip to the bargain bin to buy a bright orange, five-dollar canoe life jacket. And if you’re a co-angler, don’t rely on your boater for a life jacket. Put your safety into your own hands and bring your own that fits your body type.

If you need a recommendation, I personally choose to wear the Mustang Survival Accel 100 Fishing Vest.

One more thing: It doesn’t matter if you can swim. Nobody can swim when they’re unconscious. Your family wants you home safely, so if that means you need to spend a little more money on higher-end PFD, that should be an easy decision.