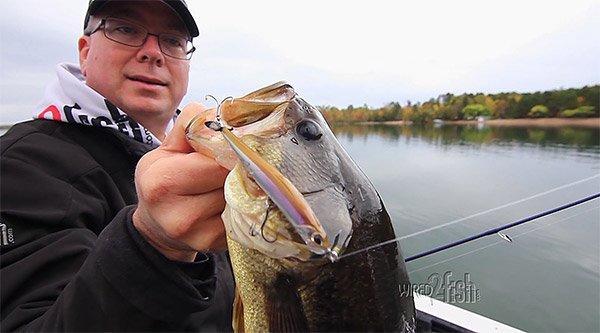 The Telly Awards has named Wired2fish/Lindner Media as a Bronze Winner in the 2014 Telly Awards for their piece titled The Effectiveness of Spybaiting. Their work was selected as one of the few winners out of nearly 12,000 entries from all 50 states and numerous countries.

Spybaiting is a new technique that surfaced from Japan in the last year for catching freshwater bass in clear, pressured fisheries. This 1-minute commercial tip highlights the effectiveness and fundamentals of the technique and gives anglers an underwater view of the presentation from a fish’s vantage point. To watch the video, click here.

The Telly Awards was founded in 1979 and is the premier award honoring outstanding local, regional, and cable TV commercials and programs, the finest video and film productions, and online commercials, video and films. Winners represent the best work of the most respected advertising agencies, production companies, television stations, cable operators, and corporate video departments in the world.

“The Telly Awards has a mission to honor the very best in film and video,” said Linda Day, Executive Director of the Telly Awards.   “Wired2fish’s and Lindner Media’s accomplishments illustrate their creativity, skill, and dedication to their craft and serves as a testament to great film and video production.”

“We’re proud of the piece and feel fortunate to have been selected out of so many entries for such a small niche such as fishing,” said Jason Sealock, VP of Wired2fish, Inc. “We work hand-in-hand with Lindner Media to storyboard our ideas, making sure we cover topics that will help anglers with their fishing in short concise segments. So it’s very rewarding when folks acknowledge the work you put into making good content for the viewer.”

To find out more about the Telly Awards, visit tellyawards.com.