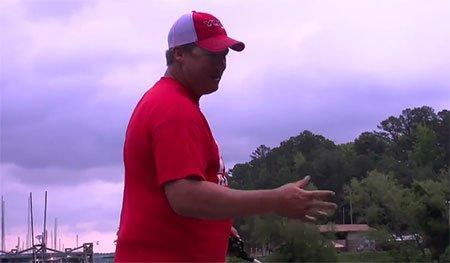 Video Transcript:  You know, I get often asked, why do they call you the Big Show and that actually came from the home. Just a nickname I got from fishing around the house, how it all come about actually come from a boat mechanic where I used to live. He kind of told a couple of anglers to get out of the way and let the Big Show come in there cause he was tired of trying to move them out of the way and they just wouldn’t leave and he got aggravated. Just call me that and I had a buddy of mine that was with me and he thought it was the funniest thing so he started calling me that. Kevin Warest used to come down before the tour ever started in Florida and fish around for a couple of weeks. A buddy of mine just happened to keep calling me that and Kevin Warest caught on to it so he started calling me that and it just escalated. It’s a fun name to have when you’re catching them and not so fun when you’re not but anyway that’s where it come from just to the local level and it just kind of stuck, you know?