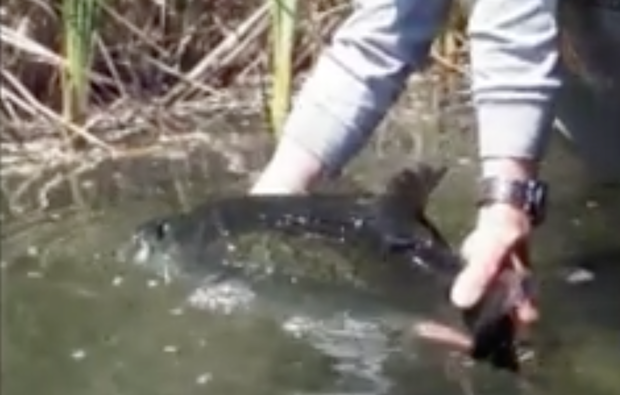 Whether we’re looking at photos or videos, looking at giant bass just never gets old to us. We ran across this old video from calfishing.com on Facebook, so we thought we’d share it with our readers!

This behemoth weighed in at 18 pounds, 1 ounce and was caught on the Invader-colored Big Hammer Swimbait Tail. We’re so happy to see how well the angler handled the trophy largemouth during the release. The fish was released unharmed. According to angler, he caught the same fish later in the year, and it weighed 18 pounds, 5 ounces the second time.