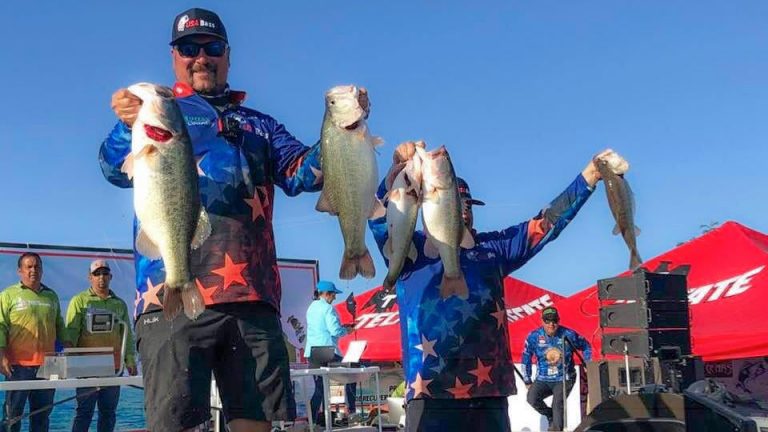 Three teams, two anglers each fished for the USA Bass Team against 41 other countries on day one of 14th Annual Black Bass World Championship being held this year on Lake Cuchillo in China, Mexico. The team of Scott Martin and Scott Canterbury had the largest weight with 33.66 pounds. Then came the team Fred Roumbanis and James Watson with 30.25 pounds including an 8-pounder. And the team of David Dudley and David Fritts added another 18 pounds for a team total of 81.725 pounds (37,070 grams).

The weights were posted in grams Friday, but the second place country was Spain with a team total of 24,025 grams or roughly 52.9 pounds.

Saturday David Fritts will be replaced by Terry Bolton who is new to the team this year and was the alternate today. Fritts had motor issues on his boat Friday so Dudley will fish with Bolton Saturday. The largest bass thus far was a 9.79-pound largemouth caught by the South African team. We’ll be posting a full gallery and story on Monday. 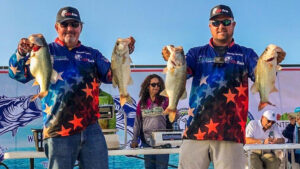