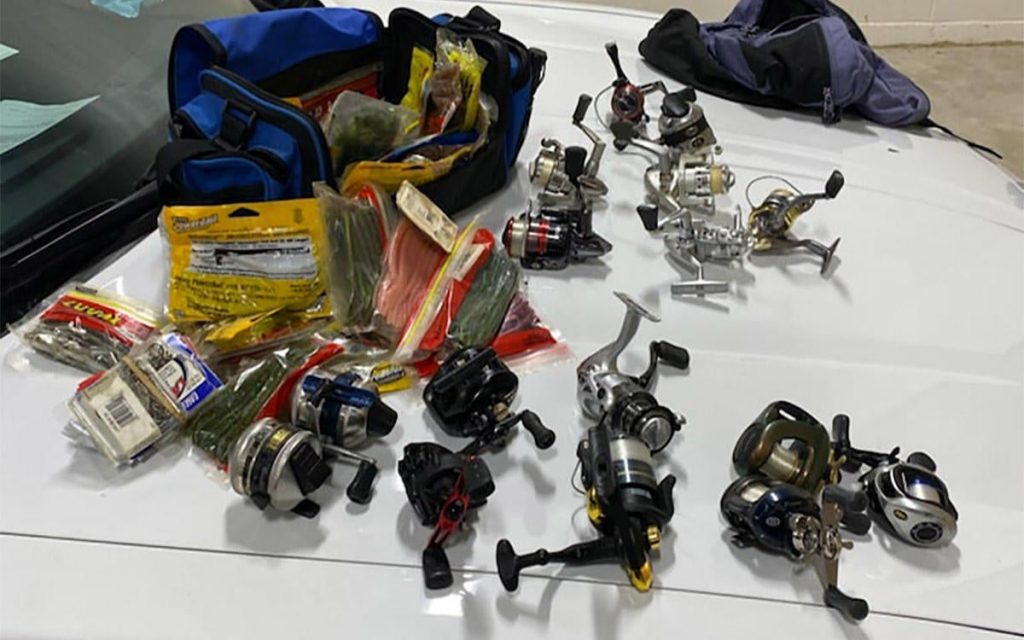 During the investigation this individual attempted to sell fishing reels he had in his possession to the deputies reporting to them that he knew the items were stolen. As deputies continued to investigate, they learned that the individual they were speaking with had allegedly sold fishing reels to a male subject at a motel nearby and that the individual he sold the items to knew they were stolen items. Deputies traveled to the motel and found a male subject there and more fishing reels there possibly stolen. The two arrested individuals were identified as:

â€¢ Tommy R. Barton age 43 of Williamsburg â€“ he was the original subject deputies made contact with off Highway 770. This individual was charged with burglary â€“ second-degree. In addition, this individual was charged on a Laurel District Court bench warrant of arrest charging failure to appear for arraignment on charges of possession of a controlled substance â€“ first-degree â€“ first offense â€“ methamphetamine; possession of drug paraphernalia; public intoxication â€“ controlled substances.

Another angler in the area, Brad Hall, posted on April 19th that all of his fishing gear (rods, reels, and all of his lures) were stolen out of his boat in his driveway. Sheriff John Root posted on his page that they are seeking information about these thieves as well. If you have any information, please call the Laurel County Sheriff’s Office at 606-864-6600.