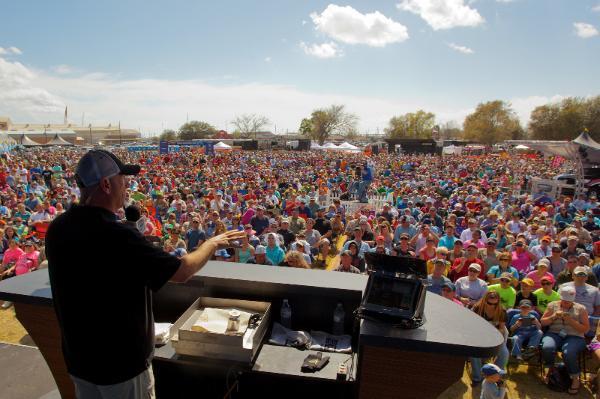 The Bassmaster Elite at Sabine River, originally scheduled for April 8-11, has been moved to the designated Elite Series make-up date Aug. 19-22.

“Our priority is keeping everyone safe, the anglers, staff, community and all of the fans who want to attend this exciting event,” said Orange County Judge John Gothia. “We’re happy to be able to work with B.A.S.S. on rescheduling due to ongoing COVID safety concerns. Previous tournaments have brought Orange County waterways to the forefront in the fishing world, and we look forward to welcoming the Elite Series and its fans back to Orange, Texas later in the year.”

B.A.S.S. has emphasized over the past year that the organization is dedicated to ensuring both competition and fan activities are held in a safe and responsible manner and is working closely with local hosts and authorities to monitor each state’s mandates on crowd sizes and public spaces.

As the dates shift to August, when temperatures at this fishery on the Texas/Louisiana border are likely to soar, fish care will also be a major priority.

“In these hot, late-summer tournaments it is incumbent on the anglers and our team to be at the very top of our game to protect the fish,” said B.A.S.S. National Conservation Director Gene Gilliland. “Our goal is for all of these fish to be returned to the waters so that they can be caught again by other passionate bass anglers.”

Another Texas tournament, the Bassmaster Elite at Lake Fork scheduled for April 22-25, is being hosted in Quitman, which is not currently experiencing the same local conditions restricting the size of outdoor gatherings.