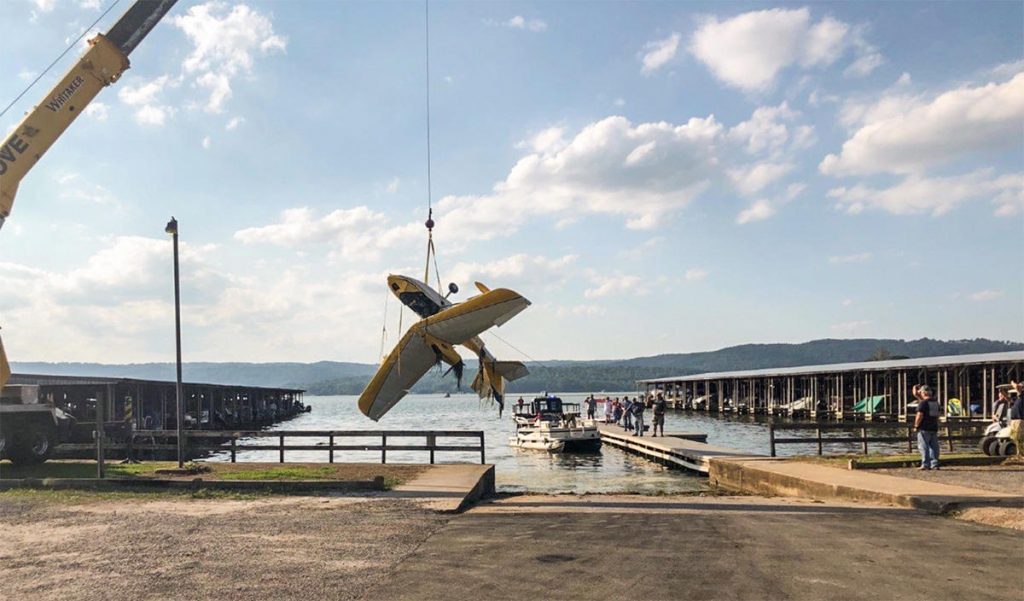 Tournament anglers got quite the shock this past weekend after a Sea Ray airplane crashed into Lake Guntersville in Alabama. Long considered one of the best bass fishing lakes in the country, the accident actually occurred in the middle of a memorial bass fishing tournament for the late professional angler Kyle Mabrey. Greg Vinson, an Alabama local and accomplished professional angler, was fishing in the tournament and heard a “weird noise from across the lake” when it happened, according to a Facebook post.

The pilot was a retired physician from Huntsville and he was the only person on board the plane. The plane was amphibious and he was attempting to land on the lake. According to the pilot, the skids malfunctioned and the aircraft flipped upside-down as it hit the water. Thankfully, the pilot escaped unharmed right before the plane became completely submerged. A witness in a pontoon boat was able to reach the pilot and tow the airplane back towards shore.

According to ALEA Marine Patrol, there was no malfunction. Instead, they say the crash was due to pilot error. The FAA has been at the scene all day to continue their investigation and determine the cause of the accident.

We will update this story when more information is made public.