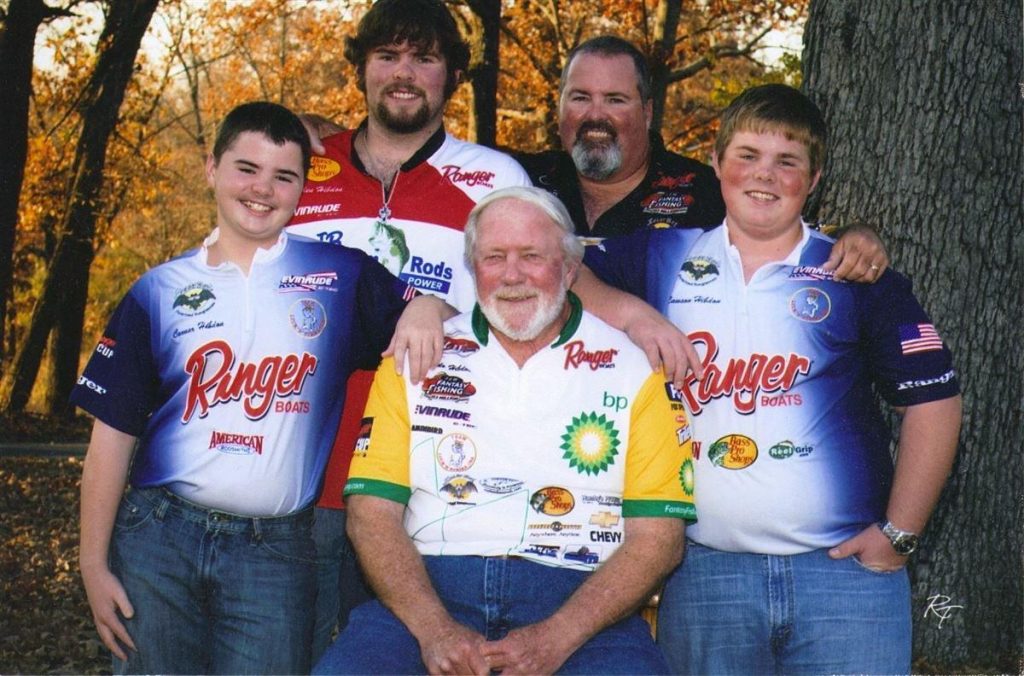 We received word from friends of the Hibdon family early Saturday evening that Guido Hibdon passed away on March 10, 2018.

The angling world lost not only a legendary angler and a pioneer in finesse fishing for bass, especially in tournament situations, but we all lost a great example of how to be a better person in this sport. He was always talking fishing, willing to give advice and his family was one of the most welcoming on the tours. They travelled as a big family in the later years he fished on the FLW Tour with both his son Dion and grandsons Payden, Lawson and Conner fishing the Tour alongside him. His wife Stella always made you feel like part of the family when they saw you, and that’s probably what will stick with me the most. They were always so humble and how well they treated everyone else even with the accomplishments they had had in bass fishing. Guido was probably the most knowledgeable angler I have ever met when in it came to the specifics in fishing tackle.

Guido won the first Bassmaster Invitational he ever fished on Lake of the Ozarks in 1980. We went on to win one of the toughest Bassmaster Classics in history, the 1988 BASS Classic on the James River. He was also the back-to-back Angler of the Year in 1990 and 1991 on the Bassmaster Tour. Roland Martin and Kevin VanDam are the only other anglers to win back-to-back AOY titles. He fished BASS from 1980 to 2000 and became known as the Professor of Finesse in tournament fishing. At the time, that was a pretty novel concept for fishing for the five biggest bites in a day. He won five events with BASS.

He also won two events fishing the FLW Tour on Lake Champlain in 2007 and Lake Eufaula in 2009. He was a rare fishermen who was as comfortable sight fishing with a spinning rod in his hand as he was deep cranking or throwing a topwater. Talking fishing with him was a rare treat because he was such a wealth of knowledge on not only what each individual fishing lure ever made could do, but why he made some of his own lures to do a very specific thing.

Our hearts are broken this morning for the Hibdon family. Stella, Dion, Payden, Lawson, Conner and all of the family, friends and fans who admired him are in our thoughts and prayers this morning. The memorial messages being posted on social media by fans, friends and other great anglers has been amazing and a testament to the impact Guido Hibdon had on so many around fishing.

The family has requested that instead of flowers, they would prefer personal notes. If you would like to send something and if you ever met or got to know Guido to simply drop them a note or two telling them your thoughts about Guido so that Stella can compile those comments into a booklet for her grandchildren some day.

Here is a great video FLW shared a few years ago about the Hibdon’s legendary fishing family and their patriarch, Guido Hibdon.