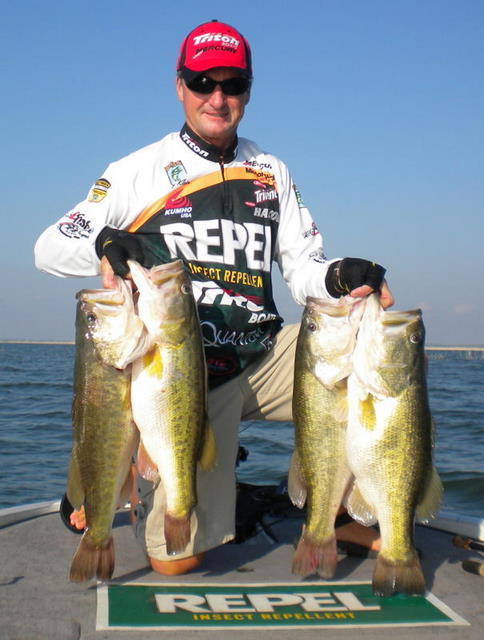 “I have used about every hook made, and the Kumho Hooks are the best I have ever fished,” Gary Klein said.

It’s a strong statement, but after last week’s trip to Falcon Lake, the proof was presented and documented. The 3X Forged Kumho did not flex or have a point roll over. Most of the fish were caught 8 to 9 feet deep in big bushes.  The Reaper Keeper plastic bait  keeper worked perfectly as well.

“We were able to catch several bass on each bait and the plastic didn’t roll up on the hook a single time,” said Klein. “Now that is impressive!”

After five days of fishing at Falcon, fishing some stuff a bulldozer would have a tough time getting through, he used one — yes that is right — one hook. It was a Kumho 5/0 Flipping Hook.  The results are staggering. His five biggest bass on his first day weighed 42.15, Big fish was 9.3 pounds, small fish was 8.4. His big fish for the week was more than 11 pounds. For the week, they caught 50 fish weighing more than 5 pounds — WOW!
Gary caught most of his fish flipping a Berkley Pit Boss in two colors, Big Texan and Californian, with a Boss Intruder Punch Skirt and a 3/4-ounce Eco Pro Tungsten flipping weight. 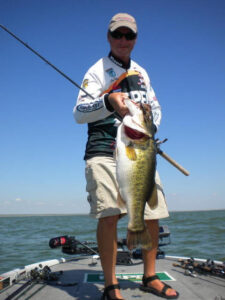 Below is the hook that Klein used to catch more than 100 bass. 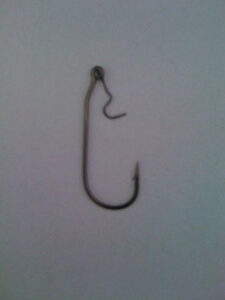 To read more about Kumho Hooks and their pros, visit KumhoHooks.com.
Previous Next