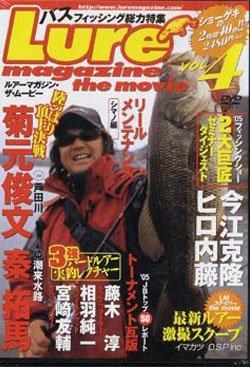 We’ve all heard about the quake and subsequent tsunami in Japan, and the horrific devastation caused in that country then and since. Some 9,000 folks lost their life with another 12,000 still reported missing in the northeast portions of the country, a tragedy on a global scale. As the country rebuilds and cleans and in many cases starts over, we have been asked by many anglers how the events have changed fishing and the fishing industry in Japan.

We spoke with several sources over the last week and here is what we got directly from several companies.

David Swendseid called Jackall’s Ty Ono and talked about their production and exporting.

“The good news is no one at Jackall was directly affected by the disaster and the facility was not damaged,” Swendseid said. “Ty believes they will experience very little backlog or downtime as a result of this disaster. But I expect there could be some delays in exporting as well as importing materials to make baits. There will have to be some because so many supplies and building materials will be coming into the ports to rebuild and clean areas hard hit. So there will probably be some prioritizing of what comes and goes.”

Yokohama and Osaka are two of the major exporting ports for tackle manufacturing in Japan. Yokohama will probably experience some delays due to its proximity to the affected areas. But right now Jackall Lures has a good supply of product already in the US in their warehouse in California so they don’t anticipate it affecting local anglers as much.

“There will be some decline in sales to the affected areas because Jackall Lures does business with marinas and ports and fishery tackle shops for both fresh and saltwater in Japan. Some of the areas you can’t even travel to for fishing now and some shops were wiped out by the tsunami so there will be some decline in sales in Japan, but it’s hard to say with an educated guess what that number will be.”

Matt Paino, owner of Optimum Bait Company, is the American distributor for IMA, Deps, Zappu and Reins. He reached out to all of his contacts and again they said none of their facilities were affected and their workforce was intact. They did say however that there were some schedule blackouts that would impact production but didn’t feel they would be put behind too much.

He said anglers are still fishing Lake Biwa, which was unaffected by the quake but not many folks are talking about it. The Japan Bass tournament series did postpone all their March tournaments out of respect for those that may be directly impacted by the disaster.

Japan is the second largest bass fishing market in the world behind the United States, and a lot of bass anglers live in the affected regions.

Finally we corresponded with Hideyuki Nomura (aka Michael), Editor-in-Chief of Lure Magazine, one of the top bass fishing publications in Japan.

“Fortunately, I had no bad news from the manufacturing plants that produce fishing equipment after the disaster, however some tackle shops and marinas near the shore were destroyed by the quake, tsunami and subsequent aftershock quakes,” Nomura said. “Many of those people are missing or dead. Around the Tohoku area, there were a lot of commercial and recreation anglers and shops because the rockfishing is so good there and that area was destroyed by the quake and tsunami.”

“There are three nice areas for bass fishing in that part of Japan—Kasumigaura, Kitaura and Tone River at Chiba and Ibaraki prefectures, about one and half hours from Tokyo. We can’t make it to some of the areas now because the bridge was broken. There are other good lakes about 2 hours from here like Lake Kawaguchi, Lake Yamanaka, Takataki and Kameyama Reservoir; however we face another problem because of a continuous gas supply. Basically we can’t venture too far from Tokyo until the gas supply shortage has been resolved. This is very damaging for the market surrounding Tokyo.”

Since the quake, several of Nomura’s friends have been fishing Lake Biwa, largely because that Kansai, the western area of mainland Japan, was unaffected. The die-hard anglers have still been catching Roku-Maru (means Over 60 CM, trophy size) bass, with the bass often weighing more than 10 pounds since the quake.

Like the others, Nomura felt production could be affected with such a large global disaster like this.

“Even if a factory was not damaged, they have to arrange their production counts, and it will take time to know how impacted their orders will be throughout Japan. Because of shops being destroyed and hard hit areas seeing a huge reduction in fishing, orders will be cancelled or shortened, and this will have affects on production runs.

Obviously we all want to help in what ways we can. For now, most of our Japanese friends are focusing on what they do each and every day and trying to maintain a normal sense of purpose. It’s obvious that fishing is a release and a way to escape the many problems of life in Japan just like it is in America.

So Nomura and his staff are focusing on deadlines. Jackall, Ima, Reins, Zappu, Deps and other Japanese manufacturers are focusing on building fishing tackle and getting products to anglers who need an escape, maybe now more than ever. Our passions are what carry us through the hard times.

“We are not policemen, nor firefighters, nor construction workers,” Nomura said. “We can’t supply a million dollars for repairs. So we have to focus on making a great magazine for the anglers every month. This is the most important thing we can do to help. That’s what I and our staff believe. To give an article full of joy and happiness about bass fishing, to all the people who love bass fishing is our mission. And this disaster or any other will never change that.”