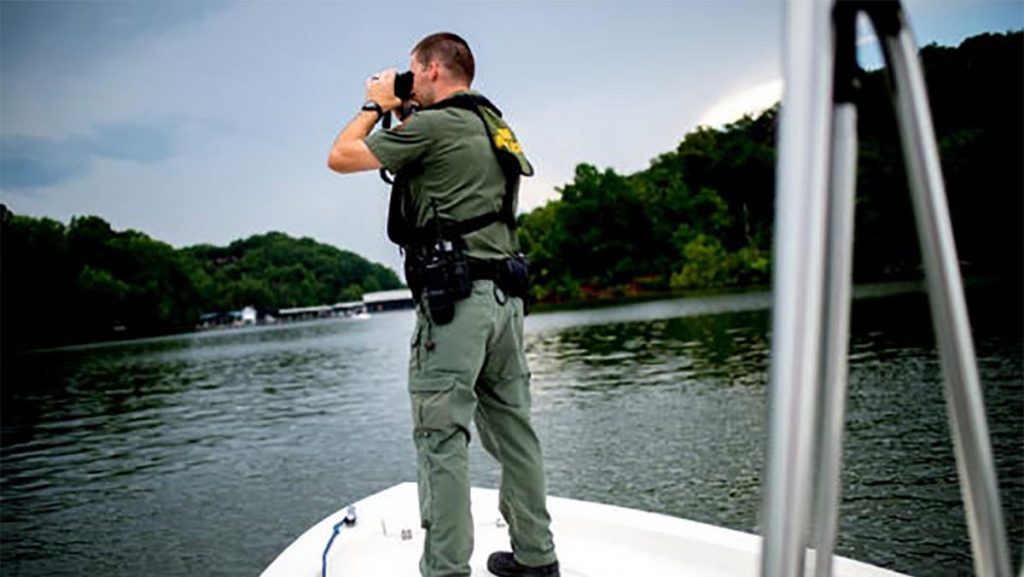 UPDATE (2:30 p.m. EST): TWRA confirms that the boat suffered serious damage when it went through the floodgates of Pickwick Dam. The search for the missing boaters is ongoing.

UPDATE (12:15 p.m. EST): TWRA has confirmed that the missing bass boat has been located below Pickwick Dam. The search is ongoing for the three anglers.

Tough news to report this morning. Three anglers, including two 15-year-old members of the Obion County High School fishing team and one 43-year-old adult, have been reported missing on Pickwick Lake in Tennessee. The team was reportedly on the popular bass fishing lake for a tournament.

The boat captain who was one of the boys’ fathers was having engine trouble at launch that morning. Due to the mechanical issues, the team did not leave the dock with the rest of the field. People first believed they took the boat out of the water and went home, but it was later learned that they did, in fact, go fishing when their truck and empty boat trailer were found.

The Tennessee Wildlife Resources Agency (TWRA) is leading in the search for the group. The search will resume this morning. Please check back regularly, as we will be on this story and updating with details whenever they’re made known.