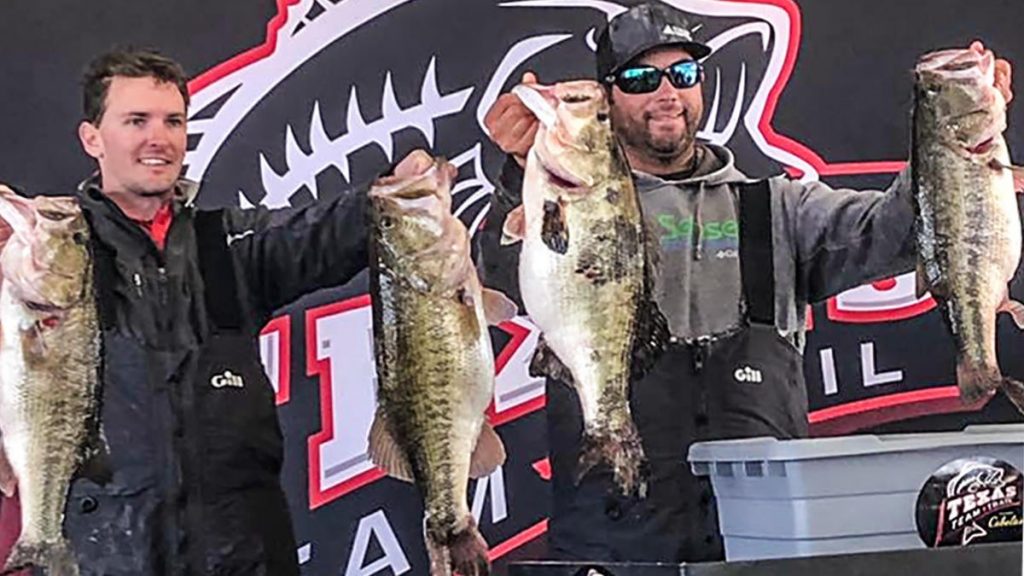 Before tournament partners Brian Shook and Danny Iles launched their bass boat on famed Sam Rayburn Reservoir on Saturday morning, they honestly didn’t know whether or not they’d get a bite. What they described as a “coin flip” decision on the morning of the tournament turned out to be the best decision of their fishing careers. In short, the team had five fish for 49.31 pounds by 10:15 in the morning.

You read that right. Nearly a 10-pound average two hours before lunch.

I caught up with 30-year-old teammate Danny Iles and he divulged all sorts of information about how they caught such a historic limit of bass which resulted in over $52,000 in prize money for the two young anglers.

The details on how it all went down 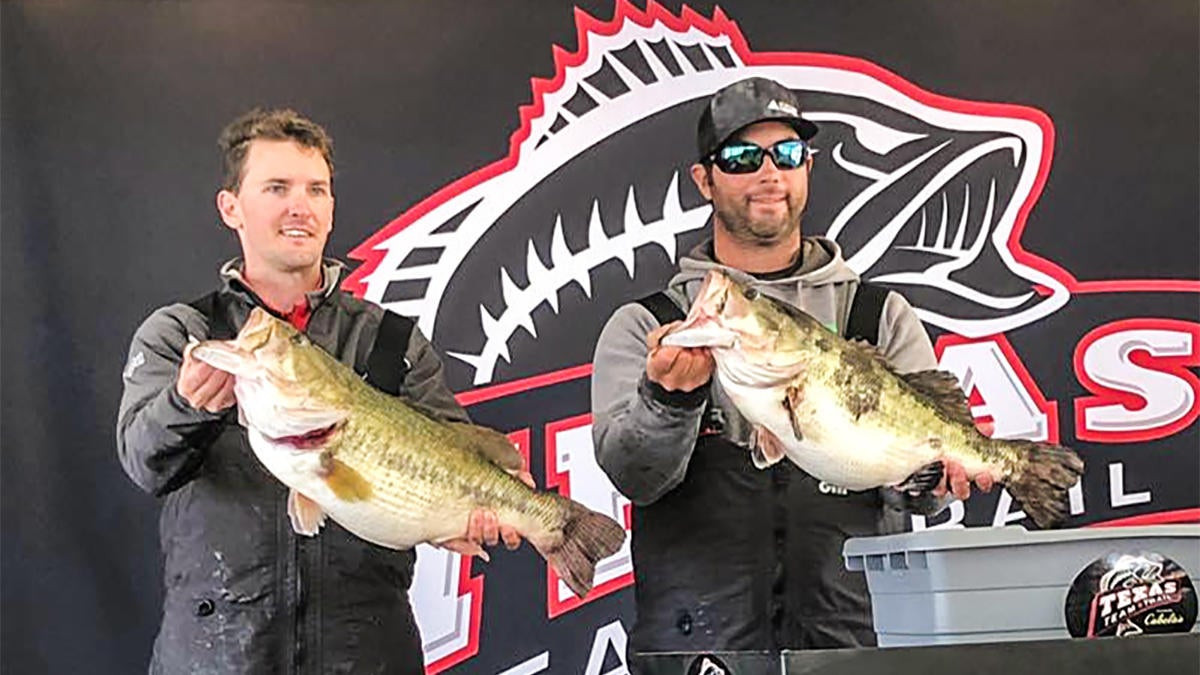 “Honestly, it was about noon today before I stopped shaking,” joked Danny Iles during a Sunday evening phone conversation. “We fished a tournament a few weeks ago and caught two big ones and going into this weekend, we honestly didn’t know if we’d get a bite. We caught two big ones this Saturday morning. We didn’t know if we’d catch another fish all day. When we caught a third one, we figured we’d have three bass that might win a five-bass limit tournament.”

The big fish kept coming, however. The successful tournament duo landed two more fish to fill out their limit, with the last bass weighing an astonishing 12.04 pounds.

“When we got it out of the net, we started trying to add up what we had,” Iles said. “We added up to the mid 40s because we always underestimate our fish. The more we thought about it though, we thought we might have close to 50 pounds.”

The team wisely decided to cut their day short following the last catch of the morning.

“After we caught that 12.04-pounder, we decided to head back to weigh in, or at least close to it. We have another tournament next weekend, so we decided to spend a few hours practicing for it. We knew we couldn’t cull our smallest fish of the morning. It was about 7 1/2 pounds.”

The anglers caught just six bass all morning: their 5 “weigh” fish and one non-keeper Kentucky (spotted) bass. All of their catches came on two deep-diving crankbaits; a Strike King 10XD and a 6th Sense C20 on 16 and 18-pound Sunline Sniper FC Fluorocarbon. Iles also made sure to mention the importance of the rod they were using. A Power Tackle XLCP3 casting rod allowed them to reap the benefits of a flawless landing ratio.

“I really think the biggest key was the rod we were using,” Iles said. “We’re not sponsored or anything. We fish just because we love it. But this rod is something special and we’ve lost very few fish on it since we started using it.”

This catch eclipses another giant bag they were blessed to catch several years ago.

“About nine years ago, we caught 38.93 pounds on Rayburn in January. We were both told by several folks that we’d never do better than that. When we caught our fourth fish this weekend, we realized we had, in fact, done better than that with just four fish.”

With a 40-pound limit caught on Rayburn just last weekend, Iles is optimistic about the future of this popular big-bass factory.

“I think Rayburn is at the end of a really good run,” Iles said. “The fish had several years of good spawns due to super high water. I think we’re towards the tail-end of that particular cycle, but last year we had a bunch of high water as well. So heck, maybe we’re starting another awesome cycle. Right now, this lake has a bunch of big fish, but not many 4 and 5-pounders. But I could be wrong, I’m no professional or anything like that.”

While Iles and his partner Brian Shook may not consider themselves professionals, an almost 50-pound bag of prespawn bass will cement their places in bass fishing lore for years, if not generations, to come.