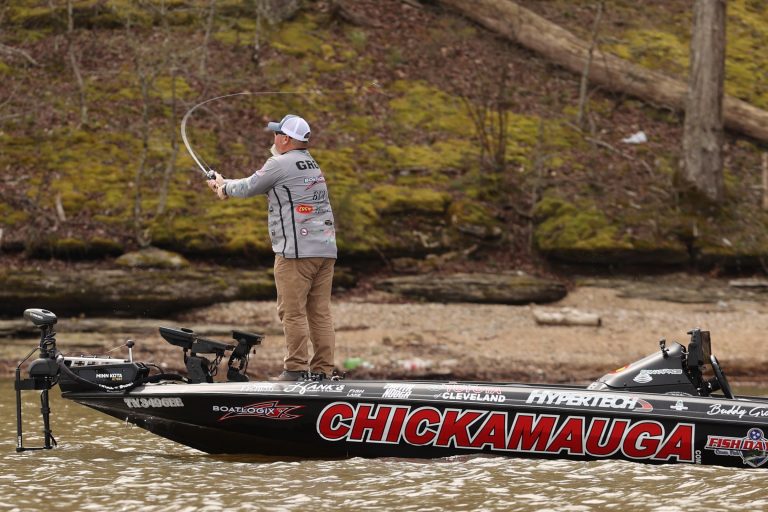 Bassmaster Elite Series angler Buddy Gross of Chickamauga, Ga., has been dreaming of fishing the Bassmaster Classic since he was 5 years old. But none of those dreams included any of the hardships the 48-year-old professional will have to deal with next week when the Academy Sports + Outdoors Bassmaster Classic presented by Huk gets underway.

Gross, a full-time professional angler and part-time equestrian, fell from a horse Tuesday and severely sprained his ankle.

“I know it was stupid. I’ve been doing so good, staying away from everything that might hurt,” he said. “Then I blink and it happened.”

This is Gross’ first trip to the Classic, the milestone of professional angling, and one where he was considered to be a favorite, especially if the fish were in a decided post spawn to summer-pattern mode. In a world where tragedy normally comes in the form of lost fish and missed opportunities, Gross’ tragedy manifests in the form of nearly broken bones and a misstep while riding a horse.

Currently he isn’t able to stand, which is almost a prerequisite for most bass anglers.

“I’ve got a one-wheeled scooter that I’ll use to get around,” Gross said, speaking from his home as friends loaded his boat and truck in preparation for the trip to Fort Worth and Lake Ray Roberts. “And I’ll likely miss a lot of practice. But I’ll be there.”

Fellow professional, Gerald Swindle of Guntersville, Ala., has ordered him a special seat for the bow of his boat that will allow him to straddle the cushion keeping the pressure off his lower legs. Minn Kota is giving Gross a primer on using the remote-control features of his trolling motor.

“I think it will get better every day,” Gross said. “I may not get to fish much in practice but hopefully by the time the tournament starts, I’ll be able to go. I just know it will be awkward.”

Gross has spent the last day and a half looking at fishing reports from Lake Ray Roberts, and that doesn’t give him any comfort added to his pain.

“If it was going to be strictly an offshore thing, I think I’d be alright,” Gross said. “But all reports are that it doesn’t look like it will play out that way.

“Regardless, I think I’ll be okay. The Lord’s got this. I’ll be good.”

The 51st edition of the Bassmaster Classic will pit 54 bass anglers against each other as they compete for a purse of over $1 million June 11-13 on Lake Ray Roberts near Fort Worth, Texas.