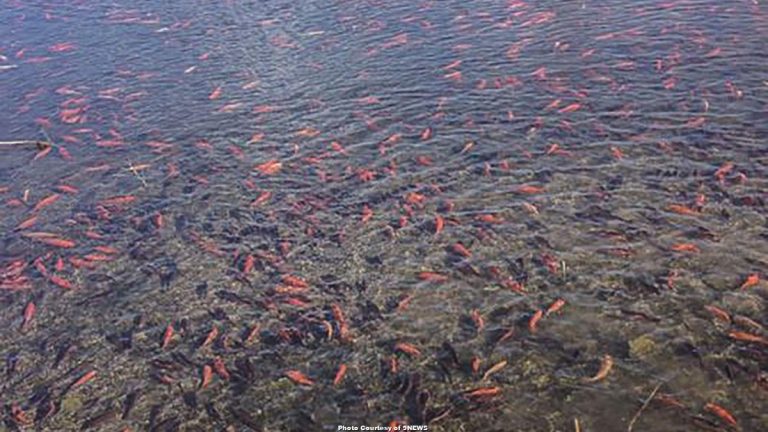 According to 9NEWS, goldfish have essentially taken over a lake in Boulder, Colorado.

How they were introduced into Teller Lake is anyone’s guess, but Colorado Parks and Wildlife officials believe someone probably dumped a few pet goldfish into the lake at some point. Goldfish reproduce quite quickly and a now the population is out of control. They’re not the small goldfish you’re used to seeing in pet stores, either. When not confined to a traditional fish bowl, the species can actually grow to be several inches long and out-compete native gamefish.

There are two choices for getting rid of the goldfish and there has been no formal decision made.