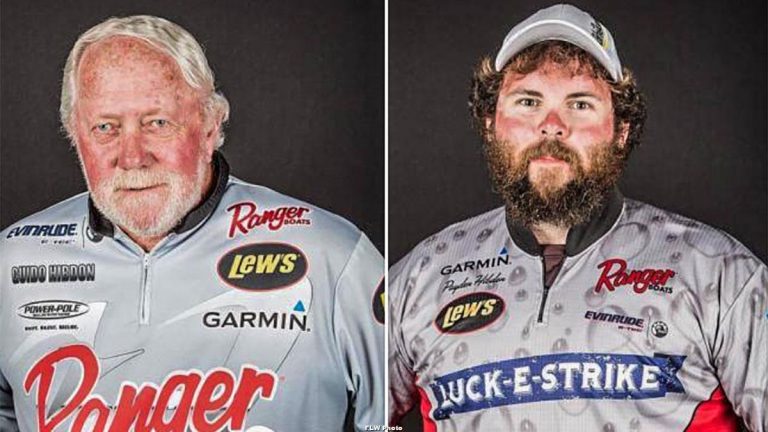 Walmart FLW Tour pros Guido and Payden Hibdon, both of Sunrise Beach, Missouri, informed FLW of their decision to withdraw from the remaining four regular-season FLW Tour events in the 2015 season.

Like several other pros, the Hibdons were victims of cutbacks in sponsor dollars that began last fall and left many anglers scrambling for financial support just before the 2015 tournament season opened. Dion Hibdon, Guido’s son and Payden’s father, lost a major sponsorship when Chevy pulled out as an FLW backer and dissolved the Chevy fishing team to which Dion belonged. However, the Bassmaster Classic and Forrest Wood Cup champion will continue to fish the Tour. He’ll travel to tournaments with his younger son, Lawson, 18, who will fish as a co-angler.

“It’s up in the air right now, but we want to continue our fishing careers,” says Payden. “It’s just been difficult to get sponsors now, the way everybody got dropped all at once. It was too late in the year to pick up anybody new.”

Bradley Hallman of Norman, Oklahoma, and Jeremy Starks of Scott Depot, West Virginia, have agreed to replace the Hibdons on Tour and will fish the remaining four events this season. The full tournament field will remain at 154.