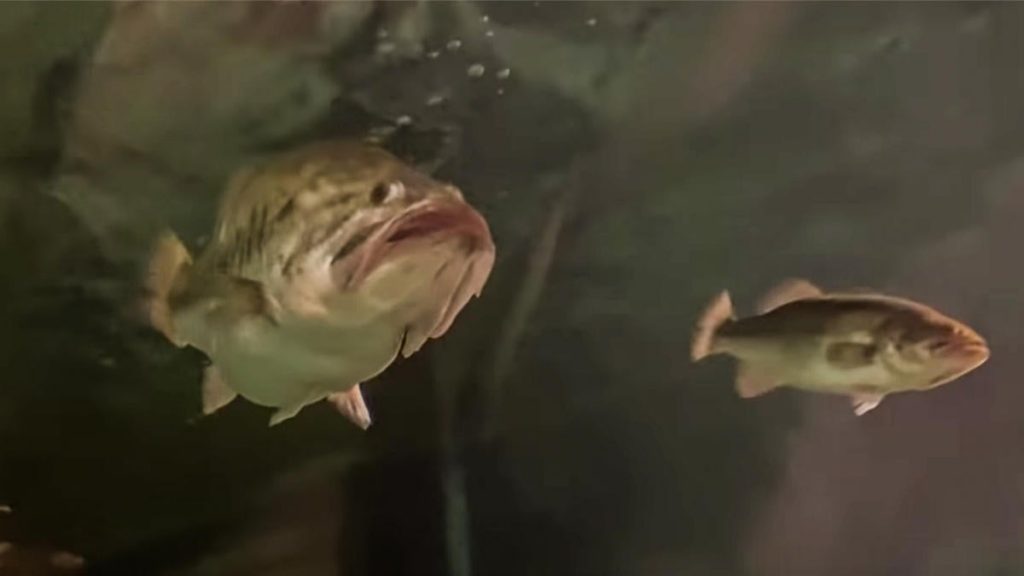 Big baits get big bites when it comes to bass fishing-you’ve probably heard it hundreds of times by now. But to see a giant bass attack another keeper-sized bass on video really drives the point home!

YouTube user Chad (yes, that’s really his channel name) was watching a demonstration at a Bass Pro Shops aquarium. Someone above the tank was testing a squarebill and a 2-pounder ate it. A nearby 12-pound bass then attacked that 2-pounder and the crankbait, causing the smaller bass to become lodged in its mouth.

It took a few minutes for the 12-pounder to dislodge the other bass from its mouth, but eventually the two separated. According to the video description, both fish are fine and the unnamed crankbait immediately sold out.