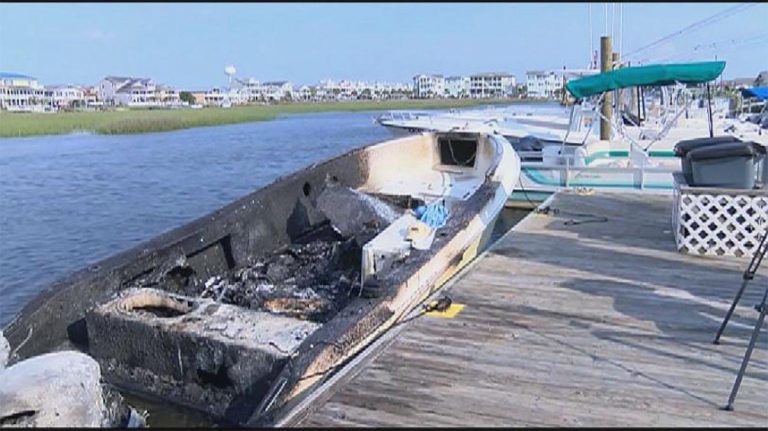 40-year-old David Martin, Jr. and 35-year-old Jonathan Bickett have been airlifted to a burn clinic and 24-year-old Kendrick Schwarz was transported by ambulance to Grand Strand Regional Medical Center after a fishing boat exploded this past weekend in Ocean Isle, North Carolina.

According to Officer Scott Pritchard with the North Carolina Wildlife Resources Commission, two people fueling the boat mistakenly pumped 28 gallons of gas into a rod holder. The fuel went into the bilge of the boat instead of the gas tank.

Jeff Williamson, a local charter captain, saw the sheen of gasoline on the water’s surface and quickly warned the group of their mistake.

When the boat owner was notified, he called Sea Tow to haul the vessel away and safely remove the fuel. Reports state that when a Sea Tow worker disconnected the battery in preparation for hauling, a spark caused a massive explosion and blew the owner and one passenger towards the front of the boat.

Officer Pritchard spoke to the two more seriously injured individuals, so they can speak, but he is not aware of the details of their injuries. He says that the boat is a total loss.

This story was first reported by WECT.com.