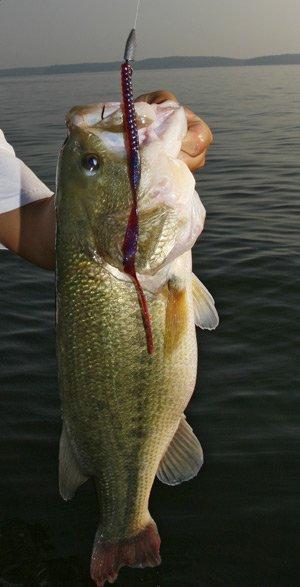 for a ban on the manufacture and use of lead based fishing gear.

The Center for Biological Diversity, the American Bird Conservancy, the

Association of Avian Veteranarians, Project Gutpile and Public Employees for

Environmental Responsibility filed the petition on August 3 to ban the

against an unreasonable risk of injury to health or the environment. The letter

gear on some federal and state lands, as well as various education and outreach

activities, call into question whether a national ban on lead in fishing gear

would be the least burdensome, adequately protective approach to address the

concern, as called for under TSCA. EPA’s letter also notes that there are

non-lead alternatives currently in the marketplace.

On August 27, EPA denied the portion of the petition relating to lead in

type of product under TSCA.

Seventy-eight members of the Congressional Sportsmen’s Caucus (CSC) in

September signed  a letter  sent to Lisa Jackson, Administrator of the EPA, urging the agency to dismiss the petition. The CSC members state in the

letter, â€œThere are 60 million recreational anglers in America that contribute

$125 billion to our economy annually, and penalizing these men, women and

children that are the best stewards of our environment, as well as the financial

backbone to fish and wildlife conservation in our country, would be a terrible

requesting dismissal of the petition, sent on September 15, from the

Congressional Sportsmen’s Foundation (CSF) and partner members of the American

EPA to dismiss the petition in a letter to Administrator Jackson.

introduced S.3850 on September 28 to protect lead based traditional ammunition

and fishing tackle from a potential ban by the U.S. Environmental Protection

Agency (EPA). This legislation would clarify that the components used in

manufacturing shells, cartridges and fishing tackle are exempt from EPA

The Association of Fish and Wildlife Agencies (AFWA), representing the 50

state fish and wildlife agencies, also sent a letter the EPA in September,

urging them to dismiss the petition.

fish and wildlife, and therefore, closely monitor and address any local concerns

about lead based fishing tackle and any potential impacts on local species. A

federal ban on lead fishing tackle is not only unnecessary, but intrudes upon

support such a ban at that time.

Here is the  link to the EPA’s Website  about the petition denial and other information related to the proposed lead tackle ban.