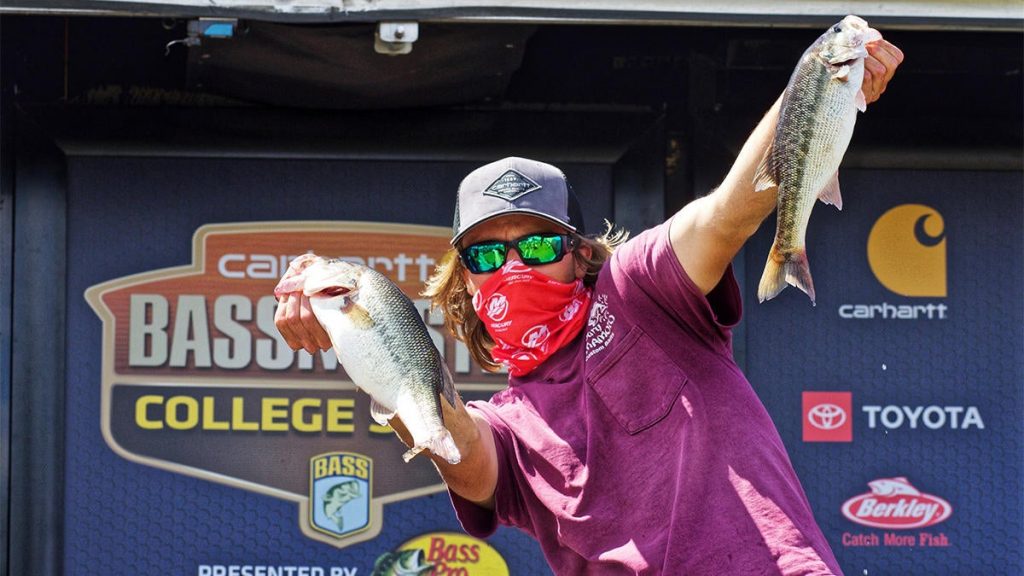 The first major tournament win of Jack Dice’s college fishing career came with plenty of surprises for the 21-year old Digital Marketing major. Dice, a junior attending Liberty University, was as shocked as anyone when he found out he had won the Carhartt Bassmaster College Series tournament on Lake Hartwell back in April.

While most of the 200+ boats he was competing against consisted of two person teams, Dice was fishing alone, and after an up and down practice the Lynchburg, Virginia native was just hoping to catch five keepers each day of the derby.

Fast forward to the end of the event not only did Dice hoist the first place trophies, but he became the first collegiate angler to win through the brand new Costa Compete + Conserve contingency program.

“Of course I was pumped to win the tournament, but after the initial excitement waned I got fired up all over again when the folks from Costa contacted me,” Dice explained. “My parents bought me a pair of Costa Del Mar sunglasses with Green Mirror lenses for my birthday five or six years ago. I absolutely love them and have been wearing them ever since.”

Dice began tournament fishing as a co-angler in Bassmaster Open events around the age of 16. While he already had an affinity for the outdoors, Dice fell in love with tournament bass fishing. He began fishing the former FLW BFLs as a boater, started a popular YouTube channel ObsessedFishing, and took up college fishing tournaments upon attending Liberty University.

The highest finishing registered angler / team wins a Costa prize package including a free pair of Costa Sunglasses, a branded Costa back pack, and Costa apparel / swag for all “regular season” events. For the two Championship Tournaments, the highest finishing college team will win an incredible $2,500!

Whether they win a Costa prize package or cash, college anglers still choose a Conservation Partner to receive a $250 donation on behalf of Costa and themselves. Of the five conservation organizations included, the National Fish & Wildlife Foundation resonated with Dice the most.

“In the tournament fishing world we as anglers are often incentivized by what we can win, so it’s super cool to see Costa offer a program where not only does the angler win, but the resource wins some too,” Dice said. “With more anglers on the water and increased fishing pressure, having a company like Costa help support the environment is critical and helps all of us catch more fish.”

For more information, a full list of supported events, or to get registered for Compete + Conserve, follow this link: https://www.costacompeteandconserve.com/. If you’d rather call than click, give (309) 202-2018 a call and Luke will be happy to help you.