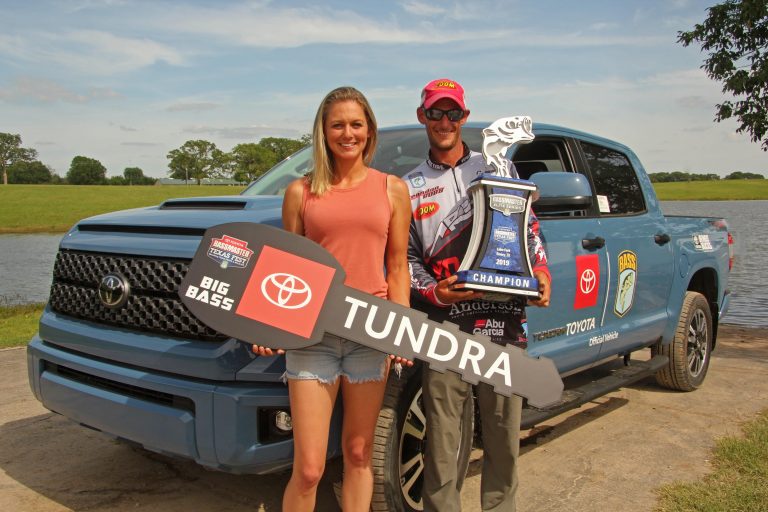 While South Carolina pro Brandon Cobb was racing to a record setting win at the Toyota Bassmaster Texas Fest event on Lake Fork, his bride Amy was back home in South Carolina cancelling the equestrian lessons she teaches at Lander University in order to surprise her husband on stage moments after he was awarded the winner’s trophy and keys to a brand new Toyota Tundra.

Cobb’s winning 4-day tournament weight of 114 pounds included an 11 pound 1 ounce giant bass he landed on Day 3 of competition. It was the biggest bass of the event, and in turn, won him the prize 381 horsepower Toyota Tundra.

“Not only did I catch the biggest bass of my life this week, but I also caught the biggest 5-bass limit of my life with 37 pounds 15 ounces. And on top of that, I got a new Toyota. That’s just incredible,” says the always happy-go-lucky Cobb.

“The fact that Toyota supports B.A.S.S. in so many ways, and then gives away a Tundra on top it all for big fish in this tournament tells you all you need to know about how Toyota does for our sport,” says the grateful and humble Clemson grad, who majored in fisheries and wildlife science.

Cobb caught most of massive limits of fish using a Duel Hardcore jerkbait to fool largemouth that were munching on spawning shad. But he and Amy caught one another while they were in college together at Clemson.

She loves horses, like he loves largemouth. And two years into their marriage on a sunny Monday afternoon on the shores of famed Lake Fork, they celebrate their second Bassmaster Elite victory of the season, a 2020 Bassmaster Classic berth, the $100,000 prize, and a new Tundra.

Now that’s definitely worth cancelling a few equestrian lessons, and booking a fast flight to Texas for. 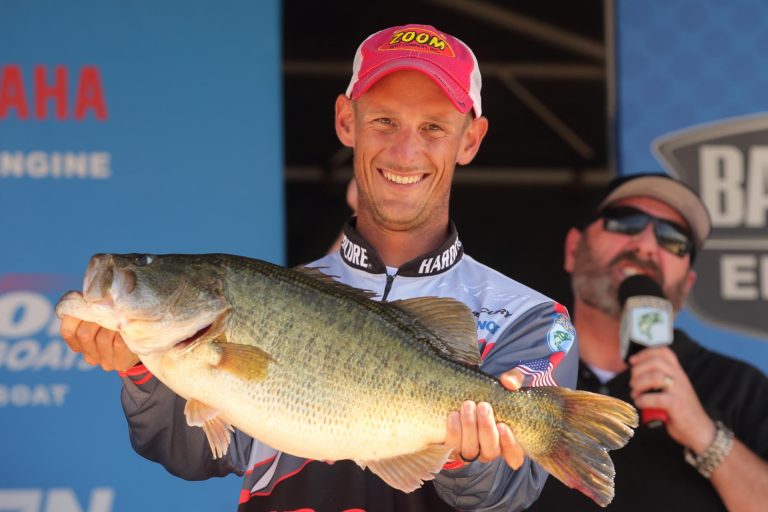