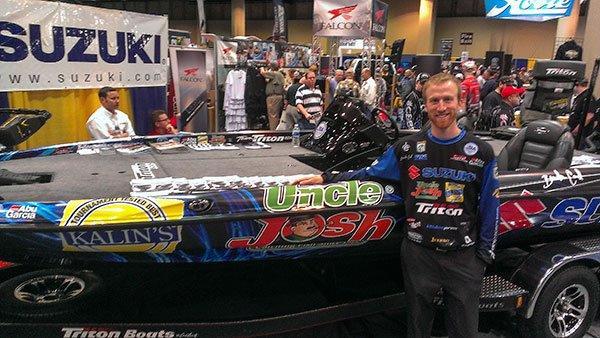 â€œI’ve been fishing Uncle Josh Pork products and Kalin’s grubs for almost 20-years,â€ Card said.   â€œIt’s exciting to be able to work with such a historic brand and it’s even more exciting to bring some awesome new baits to market.â€

Card said that he’s hoping that new offerings from Uncle Josh and Kalin’s will help him place high in some upcoming events.

â€œThe new Kalin’s Sizmic Series Swim Shad and WAC-O-WORM should play a key role in some Spring events,â€ he said.   â€œI also plan on some finesse techniques with their Pork Crawler and Leech.   I can’t wait to put these things to the test.â€