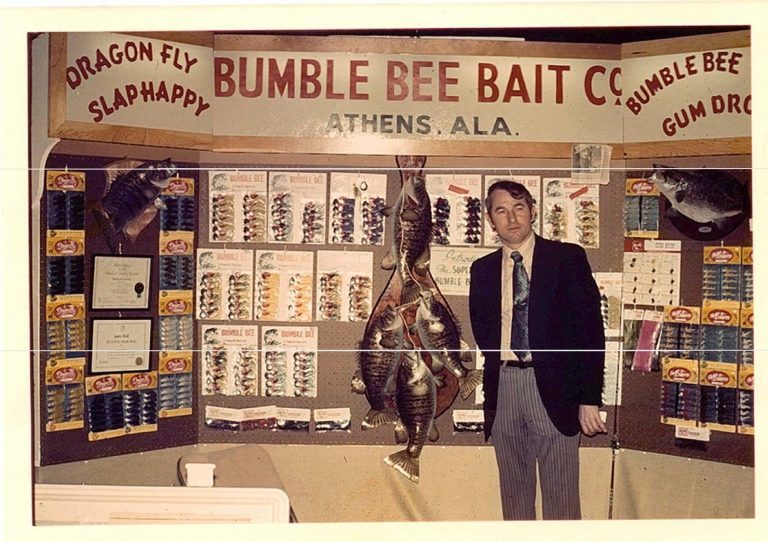 William F. “Bill” Huntley, of Athens, Alabama, is being inducted into the Bass Fishing Hall of Fame this week at the BASSMASTER Classic.  Bill was born January 25, 1933, in Lawrence County, Tennessee.  He grew up fishing with his father in small streams of southern Tennessee and northern Alabama.   He started making Tennessee River memories in the early 1940s, when, as a 10-year old, he accompanied his father on trips to Pickwick Lake. There they fished below the Wheeler Lake dam for both smallmouth and largemouth in a 14-foot boat his father had made from poplar planks, and powered by a two-cylinder, 7 1/2-horsepower Johnson outboard. With his father, he developed a great love and respect for the smallmouth bass.  BASSMASTER Magazine once touted him as one of the top 3 anglers in the world at catching big smallmouth bass, including several weighing over 9 pounds.

In 1967 he started a lure company – Bumble Bee Bait Company – in Athens, Alabama. The company had a great deal of success and his spinnerbaits gained wide popularity. Bill contributes the bait company’s success to hard work and the support of his wife, Patsy Huntley.  Bill and Pat were making spinner baits and jigs at night on the kitchen table. He also spent 3 plus nights per week chasing bass on Pickwick and Wheeler Lakes.  If you’re an old spinner bait fan, you might remember that it was Bill Huntley who made the Bumble Bee Spinnerbait, the first spinner bait that incorporated a ball bearing swivel.  He built that lure business until 1985 when he sold it to concentrate on parts for boats.  During those early lure making years, Bill had several sales reps helping to sell his lures even though their primary business was to sell parts and accessories to the marine industry.  This connection brought him deeply into the boating business. 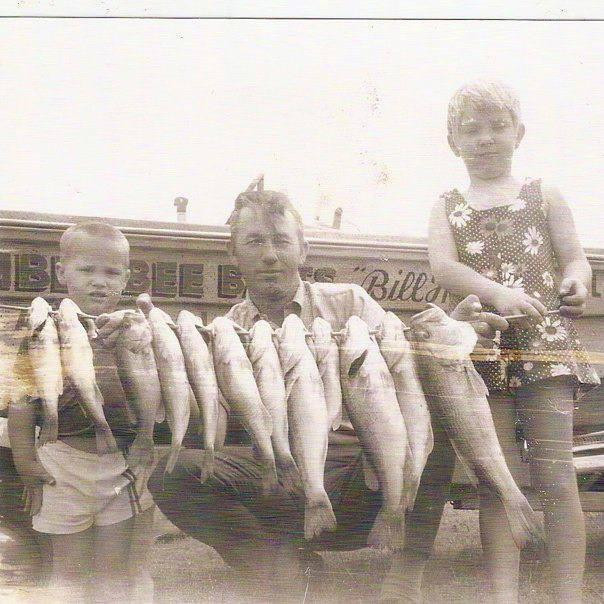 In 1975, while still running the lure company, Bill and a couple of friends formed T-H Marine in Madison, Alabama.  Bill realized there were many items he could use in his boat that simply were not available.  He began to manufacture those needed parts and found much early success in the marine industry.  T-H Marine was basically a small machine shop that started with one product to sell — a power trim switch for outboards that mounted on the throttle/gear shift handle – which was a huge innovation in boating safety and handling.  This early invention of trim switches on the throttle handle, if patented, would have yielded royalties for decades after the outboard manufacturers copied the idea and starting putting trim switches on the throttle.  The second product T-H Marine introduced was a foot-operated trolling motor control switch.  Another of the earliest and most widely used products is the HOT FOOT™ boat foot throttle, which was another huge improvement to boat safety and handling. Bill also made some of the first ever jack plates for mounting outboards to the transom of a boat to improve hole shot, speed, and gas mileage.

T-H Marine now employs nearly 200 employees in three manufacturing plants in located in Huntsville and Madison, Alabama and Duncan, Oklahoma.  The company now sells nearly 4000 products that include such currently popular items like the ATLAS™ hydraulic jack plate, the OXYGENATOR™ livewell oxygen generator, and the G-FORCE™ trolling motor handle.  Bill takes great pride in his work over the decades in aeration systems for livewells. His products have been instrumental in changing the way fish were kept alive to be weighed in at bass fishing tournaments.  These systems have been used on thousands of fishing boats, both fresh and salt water. Presently, T-H Marine sells parts to every recreational boat builder in the United States – everything from plumbing fittings, to cup holders, to LED boat lights.  Most of today’s fishing boats contain over 100 different T-H Marine products installed during manufacturing.  All of this started with one man’s love of fishing that became a determination to make a living by building better fishing baits and then better and safer fishing boats. 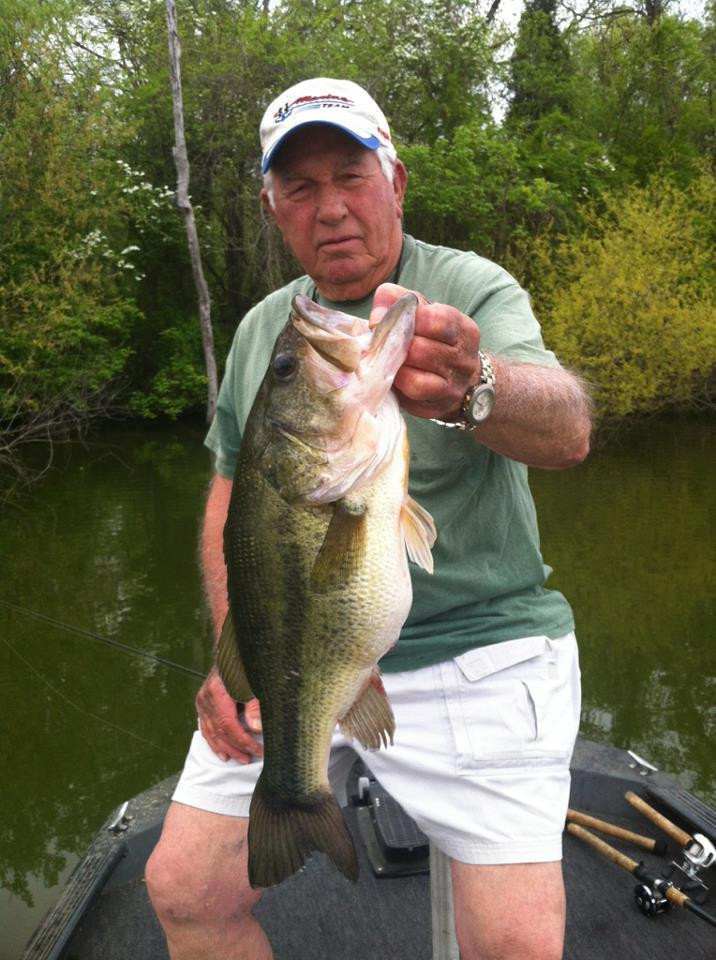 Bill knows hundreds of fishermen across the country, many of them he counts as his closest friends. He has had the opportunity to work with most of the pioneers in the boat building, bass fishing, and lure manufacturing industries. However, when asked, he will tell you that his major accomplishment in life is his family – including Pat, his wife of over sixty years, his two children, his five grandchildren, and his one great grandson.

At age 82, Bill still fishes every chance he gets.  He also remains active in product development for T-H Marine.

T-H Marine is proud of our founder Bill Huntley and strives to replicate and continue his love of fishing and boating, his drive to continually innovate, and his desire to help boaters and fisherman have great experiences on the water.  We are so happy that his life’s work and passion have been recognized by the Bass Fishing Hall of Fame and we celebrate his induction into the Hall during this 40th Anniversary of the company.

As Bill’s son, I am very proud to have a father that put me in a boat when I was just old enough to fish, and taught me to love boating, fishing, and just being outdoors.  Most importantly, I am blessed to have had an example like his, of what work ethic and pursuing your dreams can accomplish.