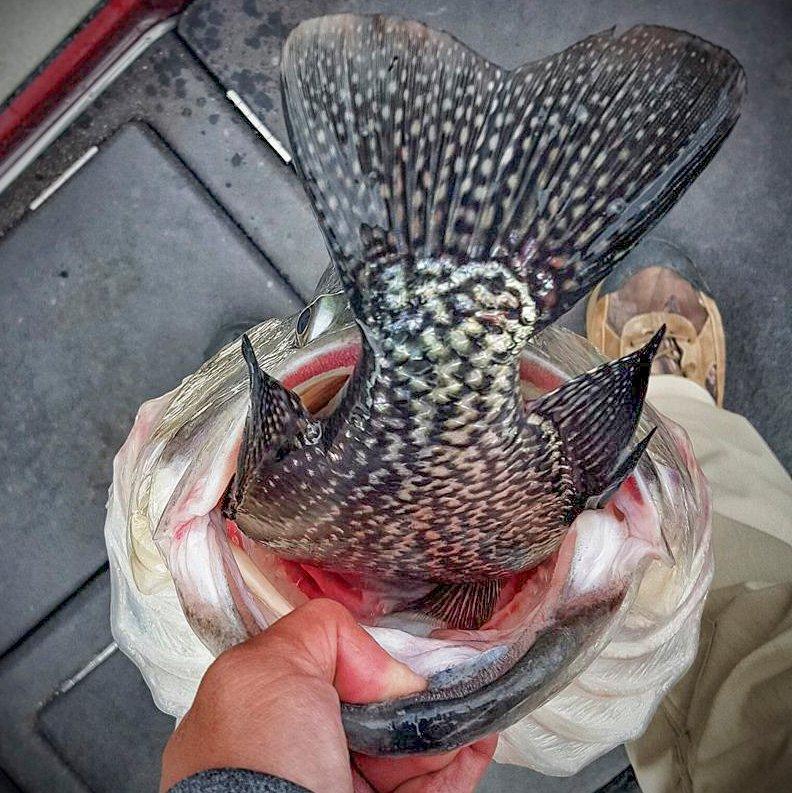 Big bass down. Unfortunately it’s permanently down. But it was found that way by California angler Kayla Nevius. She was fishing with a friend on one of her favorite California fisheries on Friday, March 11, 2016 when they saw a very large bass up on the surface. They idled over to the bass only to find it was dead from a gluttonous act of trying to eat a very large crappie that became wedged in its mouth and throat.

The bass weighed more than 10 pounds and probably would have been a largemouth pushing into the teens during the spawn this year. It stinks sometimes when anglers find big bass with other bass or other big fish wedged in their mouth. We’ve freed a few bass in this predicament before, but it’s not always possible to free crazy ravenous bass from their own destiny.

Kayla Nevius catches some big bass out west and does a lot of her catching from the bank and on big swimbaits. She’s another pretty cool follow on social media. You can follow her on social media on Facebook and Instagram and also on her Realtree blog. 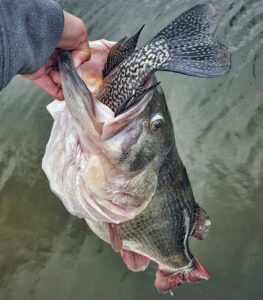