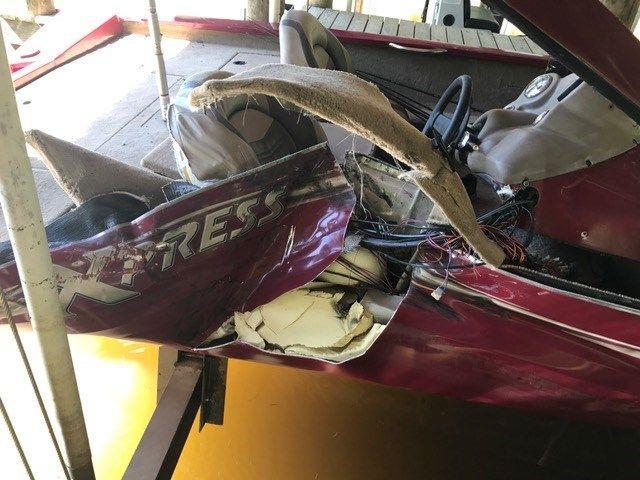 According to the Alabama Law Enforcement Agency and a report by Elizabeth Rodil of FOX10 WALA in Alabama, a two-boat collision on March 31, 2018 left one bass fishing tournament angler dead and another injured severely. According to the ALEA press release, a boat operated by Wesley Scott Feely of Atmore, Ala. collided into the side of another boat operated by Jackie Dewayne Cox of Pace, Fla. as the two boats met at the confluence of the Miflin Lake and the Tensaw River sometime before noon on Saturday. Cox was killed in the wreck and his co-angler Lee Grandquist of Semmes, Ala. was airlifted to the University of South Alabama Medical Center in Mobile, Ala. where he was still being treated over the weekend.

The anglers in both boats were flung into the water during the collision according to the ALEA. All men were wearing their PFDs. One of the boats was fishing in the Media Bass tournament on the river that day, and other anglers heard the collision and immediately provided assistance and stopped one of the boats that was still under power after the collision. Feely was treated at a local ER for minor injuries and released.

Jackie Wayne Cox was known by many in bass fishing tournaments around Alabama and Florida. Anglers from all over are mourning his loss and offering thoughts and prayers to his family after the tragedy.

The cause of the collision is still under investigation by authorities. For more photos and reports from the scene, visit this report by FOX10tv.com.