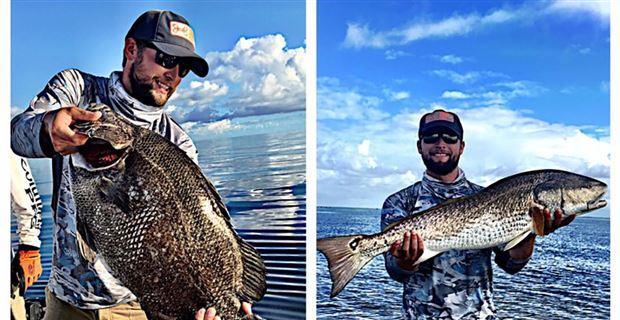 Ever since the conclusion of the 2016 Elite Series season this past September, the Yamaha pros have been spending the off-season in a variety of ways, but none, perhaps, quite like veteran Jared Lintner. The California-based pro and his wife Keri celebrated their 20th wedding anniversary by taking a week-long cruise in the Bahamas.

“The only problem was that we had to wait until our 21st anniversary to celebrate,” laughed Lintner. “Last year the schedule just did not work because we were too busy. That’s when we decided we’d just postpone everything a year.” 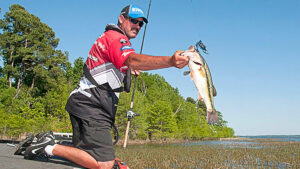 The Lintners almost didn’t make it this year, either. Jared had a week-long photo shoot for his sponsors at Clear Lake, he flew to Florida to practice at Lake Okeechobee and he drove his RV to Idaho for a week of waterfowl hunting and fishing. All of this took place as they started building a new home.

“Sometime before mid-January, I plan to fly to Texas and look at Lake Conroe where the Bassmaster Classic will be held, but I can practically guarantee it won’t be until after the holidays, because I’m tired of all the driving and flying I’ve already done.” 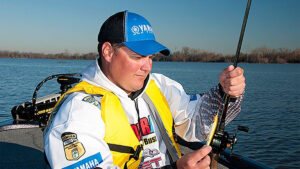 Fellow Yamaha pro Cliff Crochet’s Elite season ended in September, but his competitive fishing didn’t. He fished the Bassmaster Southern Open in the Atchafalaya Basin in late October. He won the event, earning an entry into the 2017 Classic.

“I put a lot of pressure on myself to win because the Atchafalaya is my home water,” admitted Crochet. “And also because I had not qualified through the Elites. Ever since the win, however, all I’ve been trying to do is relax and enjoy this off-season.”

For Crochet, that relaxation has been close to home and with his family and friends. He did spend a couple of days deer hunting and a little time organizing his fishing tackle, but he has not actually made a cast since his tournament victory.

“I did go to Lake Conroe to look around, but I didn’t fish at all,” he said. “I have fished there before. I’ll probably go back again before the lake goes off-limits, but after all the travel we do during the Elite season, it just feels good not to travel for awhile.”

Yamaha pro Justin Lucas of Alabama has done a little traveling and a little fishing, but not for bass during his off-season. In October, he made his first trip to Venice, Louisiana to sample the legendary redfish action at the mouth of the Mississippi.

“We caught a lot of redfish in the 15 to 20-pound class,” he noted. “But for me the real highlight of the trip was catching a 26-pound tripletail. My friends and I were fishing in a light aluminum boat, and that fish pulled us around a little before I finally landed it. It’s an incredible gamefish and catching one that size was really a thrill. I actually caught another one that weighed 18 pounds on the same trip, so I was very fortunate.”

Regardless of how these Yamaha Pros enjoy their off-season leisure time, one thing is for certain: They’re always eager to fish as tournament season approaches.