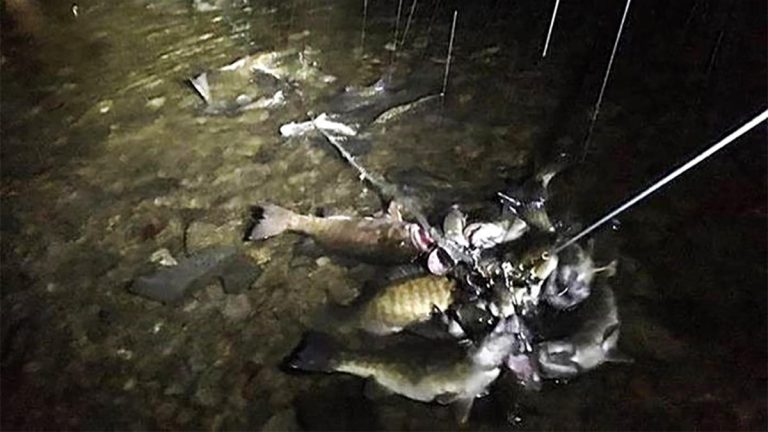 A trio of bass poachers who were originally caught by conservation officers on April 26 have now been charged with taking black bass out of season and illegal commercialization of protected wildlife. They were ordered to pay fines totaling $2,425.

The charges stem from an apparent poaching operation on Ashokan Reservoir in New York. Three Brooklyn men; 35-year-old Le Ming Mai, 54-year-old Hua K. Yu and 49-year-old Zhong-Hua Chen were found to be catching and keeping smallmouth bass almost two months before the official season opened. Officers found a stringer hidden on the shoreline with 35 smallmouth bass attached to it. Before the bass fishing season opens on June 15, bass fishing is strictly catch and release.

Two of the defendants’ vehicles were outfitted with aerated tanks in order to transport the fish. One of those vehicles was registered to a retail fish market in New York City, so it was assumed that the fish were being caught and transported to sell.

The three men were also charged with failing to wear PFDs and trespassing. One poacher did not even have a fishing license. Access and boat permits were also revoked for the NYC reservoir system for all three individuals.