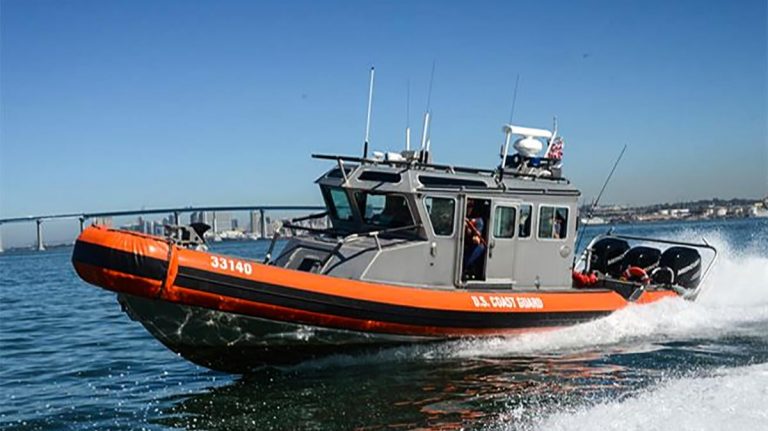 A Coast Guard Station Sabine 45-foot Response Boat-Medium boat crew was launched to the scene. The boat crew was unable to fuel the vessel due to weather. They then attempted to tow the vessel but had to stop the evolution when it began to take on water after a wave hit the bow.

The two mariners were safely transferred to the RB-M and taken to the Cameron Ferry.

No injuries were reported.

The Coast Guard has issued a safety marine information broadcast alerting mariners to the sunken vessel.

Weather on scene was reported as 6-foot seas with 30 mph winds.