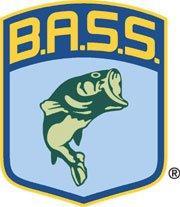 The 2010 Bassmaster Opens, comprised of three qualifying series in a Southern, Central and Northern division, each with three events, will conduct nine events in eight states, which include Florida, Alabama, Louisiana, New York, Michigan, Maryland, Texas and Georgia.

With the success of last year’s addition of the Northern Open division and near-capacity participation levels, BASS will keep intact the Opens’ qualifying standards into the Bassmaster Elite Series and Bassmaster Classic.

â€œThe Opens have proven to be very popular with anglers looking for a highly competitive circuit with opportunities to advance to the most prestigious tournament levels in bass fishing,â€ said Jamie Wilkinson, senior director of event operations and business development, ESPN Outdoors and BASS. â€œWe are very pleased with the direction of these events.â€

A number of anglers, including past Bassmaster Rookie of the Year Bobby Lane of Lakeland, Fla., and 2009 ROY winner Billy McCaghren of Mayflower, Ark., qualified for the Elite Series via the Opens and proved to be competitive at the highest level. McCaghren moved up through the Bassmaster Central Opens and finished extremely hot on the 2009 Elites, clinching the ROY and qualifying for the 2010 Bassmaster Classic.

â€œThe Opens are a great opportunity to fish against some of the top pros,â€ said McCaghren, 35.   â€œThe field is littered with quality anglers.   The Open format is definitely something I would recommend every angler experience who strives to fish professionally.â€

As in 2009, the Opens will feature an all-cash payout for pros. The payout will be based on 175 boats and will adjust to the actual field size. Pros will compete for more than $175,000 in cash, with the winner receiving $45,000. Co-anglers will continue to compete at the Open level for more than $70,000 in cash and merchandise, including the top prize of a boat/motor package valued at $34,000.

New in 2010 and in line with BASS’ focus on conservation, BASS will change the fish limit for co-anglers to a maximum of three fish.   Pros will continue to be held to a five-fish limit.

Full fields will fish the first two days of competition, and the top 30 will advance to the third and final day. The best cumulative three-day total will win each event.

The Southern Open circuit launches Jan. 14-16 on Florida’s Lake Okeechobee out of Okeechobee, Fla., which will serve as the host city. BASS has visited the massive fishery more than 15 times with professional-level events.   Elite Series pro Chris Lane of Winter Haven, Fla., took the last Open-level event on the â€˜Big O’ with a three-day total of 54 pounds, 12 ounces.

For the second Southern Open, May 13-15, anglers head to Smith Lake and Jasper, Ala.   Three-time Toyota Tundra Bassmaster Angler of the Year Mark Davis won the last BASS pro-level event held on Smith with 53 pounds, 11 ounces. The tournament is hosted by the Walker County Chamber of Commerce.

Southern Open anglers will close the circuit Oct. 7-9 on Lake Seminole out of Bainbridge, Ga., hosted by the Bainbridge-Decatur County Chamber of Commerce.   BASS has hosted more than 10 events out of Seminole with the last in 2003.   Gary Klein, a contestant in the inaugural Bassmaster Elite Series Postseason earlier this month, won the last Seminole event with 69 pounds, 15 ounces.

The Central Open circuit will kick off April 8-10 on Lake Amistad out of Del Rio, Texas. Jason Williamson won the last event on Amistad, an Elite Series event, in March with a four-day total of 96 pounds, 6 ounces.   The event host is the Del Rio Convention & Vistor’s Bureau.

From Texas, anglers travel east to the Red River and Shreveport-Bossier City, La., site of the 2009 Bassmaster Classic.   Fishing fans came out in record numbers to experience the 2009 Classic and the Red River proved to be a challenging tournament fishery.   The second Central Open event is slated for June 3-5 and will be hosted by the Shreveport Regional Sports Authority.

The final event in the Central division will be Oct. 21-23 on Lake Texoma out of Denison, Texas. Texoma served as the Central division’s season-ender in 2008 with Elite pro Terry Butcher of Talala, Okla., taking victory with 46 pounds, 8 ounces. The event host is the Denison Chamber of Commerce.

The Northern Opens will kick off July 22-24 on Lake Champlain out of Plattsburgh, N.Y. Champlain was the host of a 2009 Northern Open event with Jason Knapp of Uniontown, Pa., taking victory with 56 pounds, 3 ounces.   The tournament is hosted by the City of Plattsburgh and the Adirondack Coast Visitors & Convention Bureau.

After Champlain, next up for the Northern Open is the Detroit River out of Detroit.   BASS last hosted a professional-level event in Detroit in 1999 with Larry Nixon scoring victory on Lake St. Clair with 73 pounds, 9 ounces.   The event will be hosted by the Detroit Metro Sports Commission.

Anglers will finalize the Northern Open circuit on Sept. 16-18 on Chesapeake Bay out of Cecil County, Md.   Cecil County hosted an Open tournament in 2009 and was the location of the 1991 Bassmaster Classic, which was won by recently retired Bassmaster Elite Series pro Ken Cook with 33 pounds, 2 ounces over three days.

All Open events are available to BASS members.   The schedule doesn’t overlap giving anglers their choice of fishing in all Open circuits.   Registration for BASS members begins at  9 a.m.  ET  Thursday, Nov.  5 (Northern), Nov. 12 (Southern) and Nov. 19 (Central) but early registration is available for Federation Nation, BASS Insider and Lifetime members as well as certain pre-qualified anglers. Interested participants can sign up at www.Bassmaster.com or call 1-877-BASS-USA.