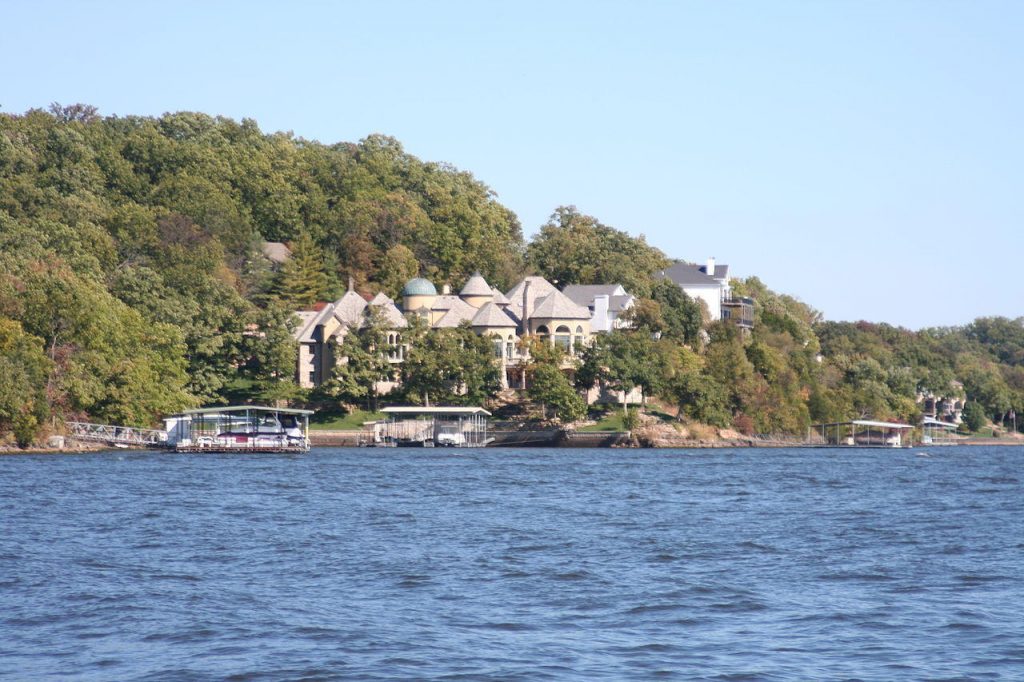 Jeff Sell and Alan Daniels were fishing the Missouri State Championship on Lake of the Ozarks on October 16, 2016 and were fortunate to be in the right place at the right time to save a woman who had fallen into the water and injured herself while doing yard work. Alan Daniels gave his account of what happened during the heroic episode.

“The second day of the 2016 Missouri State Championships at Lake of the Ozarks was a beautiful day. Highs were in the mid-80s, and people were out enjoying the warmer weather.

“I was fishing with Jeff Sell of the Leavenworth Bass Club on a long stretch of docks just off the main channel. I had just put my second keeper in the boat, and we were talking to a gentleman working on his boat.

“I heard what I thought was crying. I looked around to find out where it was and spotted a lady, possibly in her mid-60s, in the water. She was fully clothed and struggling. I told Jeff I thought she was hurt and couldn’t get back on her dock.

“We threw the rods on the deck, yelled at the gentleman working on his boat that his neighbor was hurt and sped her way with the trolling motor on high from three docks away.

“As we approached her, we noticed that she was in a lot of pain and could see blood running down her arm. I got the boat as close to the dock as possible, and Jeff jumped off to get her ladder in the water. The wind was gusting more than 20 mph, pushing the boat in on the lady.

“As Jeff lowered her ladder into the water, she was really struggling. She had been in the water for more than 30 minutes calling for help. The water temperature was 70 degrees, and we knew we had to get her out quickly.

“Jeff stepped down the first couple of steps to where his shoes were in the water. As the woman let go of the dock to swim 5 feet to the ladder, she began to sink. Jeff didn’t hesitate; he dove in and pulled her back up, got her to the ladder and stayed with her until she got back on the dock.

“The neighbor arrived, brought some towels and placed a chair in the sun to get her warmed back up. At this time we could see the severity of her injuries, with major cuts to her arms and legs, most likely needing stitches.

“I asked her if she hit her head as she told us that she was blowing the leaves off of her sea wall and slipped and fell into the water. It was a 5-foot drop to the water, with some larger rock mixed in at the base of the wall. So I asked again if she had hit her head, and she assured us she had not.

“By this time, she was starting to warm back up and was more worried that her husband, who was just arriving, might have to watch the Kansas City Chiefs game from the ER.

“After the neighbor and here husband were on the dock and taking care of her,  we knew she was going to be all right. So Jeff got back into the boat, with soggy clothes, a soaked wallet and a dead, water-logged phone. We stuck around to make sure everything was fine and were re-assured by the husband and neighbor that they had it under control.

“I now have a new hero in my life, and his name is Jeff Sell of the Leavenworth Bass Club.”

Congratulations fellas on being in the right place at the right time and taking quick, selfless action to get her to safety! Fishermen are a pretty good bunch!