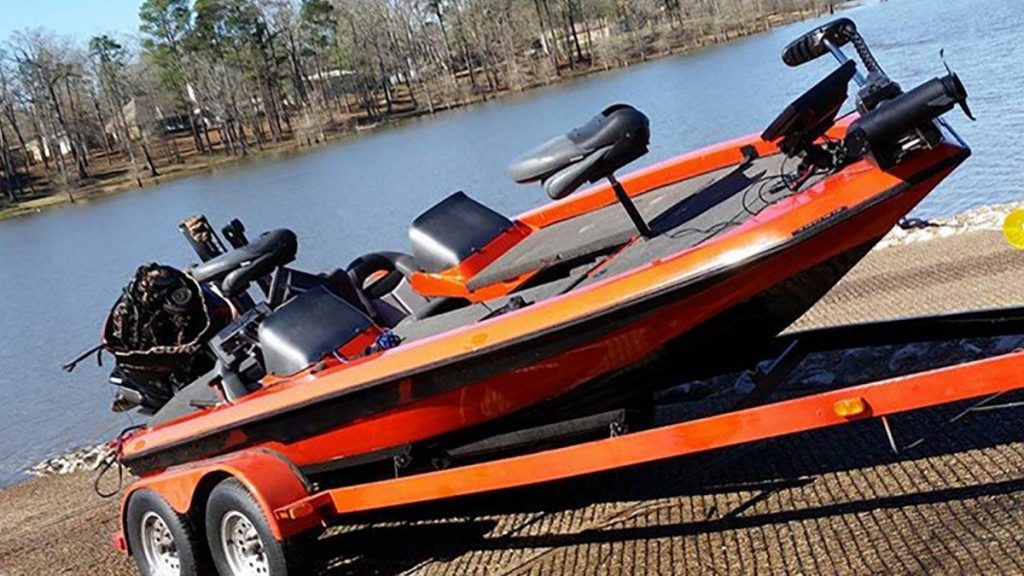 I ran across this story from Matt Williams this morning and thought it was certainly worth sharing with our readers.

While competing in the popular Rat-L-Trap bass fishing tournament on Sam Rayburn Reservoir, Darrell Proffitt and Brandon Lovelace had a close call with death when their Champion 210 bass boat began taking on water.

The team has extensive experience operating bass boats in rough waters and they knew what they were getting into before launching their boat that day. A cold front was fast on its way and was accompanied by 40 mph winds and 6-foot swells. Due to the dangerous conditions, the two anglers made a concerted effort to stay close to Mill Creek Park, where they launced the boat.

They estimate they stayed within 2 miles all day. 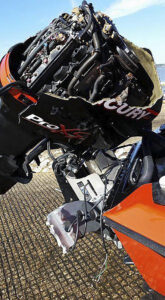 As they were riding back to the launch site at the end of the day, water began pouring into the back of the boat. The bilge pumps were on, but it couldn’t keep up with the influx of water. To make things worse, their outboard lost all power.

Both Proffitt and Lovelace climbed to the bow of the boat but as the boat continued to fill with water and roll, they had to jump into the 61-degree water.

The men were wearing life jackets, but the water was cold and they were being swallowed by waves every ten seconds. They lost sight of one another during the ordeal, but both washed up on the same stretch of bank almost two hours later. Thankfully, a nearby homeowner gave the anglers some dry clothes and blankets. 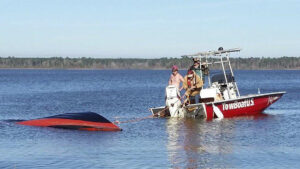 TowBoatUS boats were able to recover the boat, but it is believed to be a total loss—including all of the fishing gear inside.

We’re very glad the men were okay. Thankfully they had the proper PFDs aboard the boat and had the presence of mind to wear them, especially in such rough weather. Bad things can happen in the blink of an eye on the water—no matter how experienced you are—and it’s safe to say that life jackets saved the lives of these anglers.

There are a lot of additional quotes and details in the original artice I read. You’ll want to catch up on the whole story by clicking here.