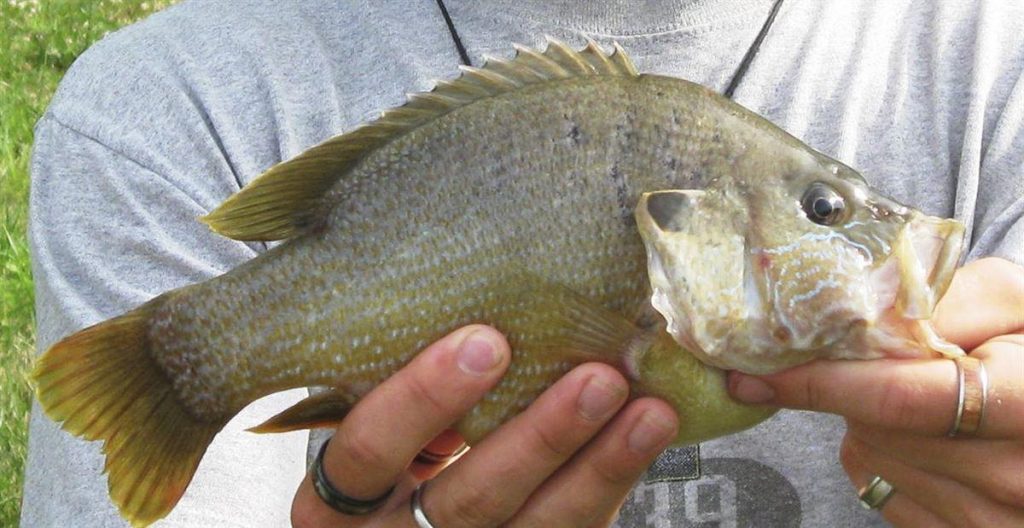 The Missouri Department of Conservation (MDC) reports Bowen Dockery of Greentop became the most recent record-breaking angler in Missouri when he caught a green sunfish on a private pond in Schuyler County. The new “alternative method” record fish caught by Dockery on July 5 weighed 1 pound, 3 ounces. Dockery’s recent catch broke the previous state record of 6-ounces, caught in 1993.

Pulling up that trotline and seeing that large green sunfish on the end of my hook is wild to think about. I still can’t believe I caught that fish,” Dockery said.

Dockery said he was fishing for bait using night crawlers when he caught the state-record green sunfish.

“This was my first time I have ever fished with a trotline, and somehow I caught a state-record fish,” he said. “I have tried to break records fishing in the Mississippi River before, but I never thought I would break a record by fishing out of my own pond. I’m so excited about this catch.”

MDC weighed the green sunfish on a certified scale in Kirksville.

“This is the eighth state-record fish this year. 2017 is shaping up to be a year for state-record fish,” said MDC Fisheries Programs Specialist Andrew Branson. “The mild weather we have had this year means more anglers are fishing, and catching big fish.”