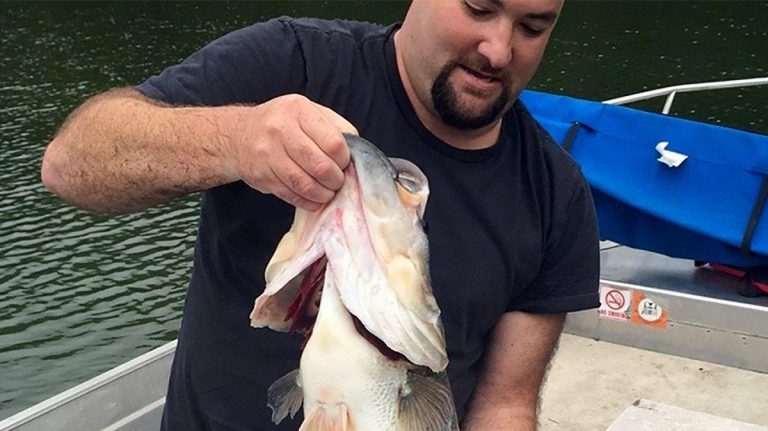 Like many anglers, Ryan Reynoldsâ€™ personal best largemouth was in the 7-pound range when he went to bed on October 27, 2016. After his monstrous October 28th catch on Californiaâ€™s Lake Chabot Reservoir, however, his personal best leaped to 19 pounds.

Yes, you read that correctly.

According to reports from WesternBass.com, the San Mateo, Calif. native caught a 19-pound bass while using a 1/2-ounce football jig with a Gary Yamamoto Custom Baits Double Tail Hula Grub as a trailer.

Reynolds had a few hours to kill that morning; as he drove over the San Mateo Bridge and noticed the beautiful weather, he decided to rent a skiff to do some bass fishing. After making a cast to a 20-foot deep tree, he felt what he describes as a â€œbig tickâ€.

After wrapping him around a tree limb, Reynolds managed to land the bassâ€”without a netâ€”and  called the marina to meet him with a scale. As it turns out, the giant eclipsed the 2002 lake record of 17 pounds.

Below is a video of the live release. You’ll find it in the comments underneath the photo.

WARNING: There is some NSFW language at the end of the video.

Check out the full write-up here.