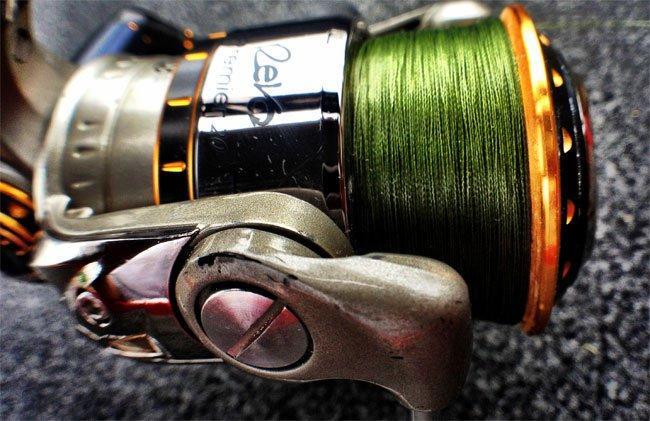 We recently spent a week with several top bass fishing pros from the Bassmaster Elite Series and the FLW Tour on Table Rock Lake in between the FLW Tour event there and the Bull Shoals event for the Elite Series. Table Rock is a highland reservoir with generally very clear water. However, because of the crazy weather we’ve had this spring, the lake actually turned over.

So it made for an interesting week of fishing. The water was still somewhat clear but it also had a weird tannic color to it. So you not only saw great crankbait and jerkbait fishing but you also had great finesse fishing with shaky heads, wacky rigs and drop shots. The lake was also still up some so there was quite a bit of cover in the lake. So we found it interesting that you could finesse fish in shallow cover.

But more interesting than the conditions was the trend among the pros that were finesse fishing. Every rod that was rigged for finesse fishing, save for one rod Aaron Martens pulled out just to shoot a video, had braid with a fluorocarbon leader. At least four pros we worked with who were finesse fishing were using some sort of light braid and a fluoro leader.

Obviously we’ve known and used the braid to fluoro combination a lot but over recent years, we have seen such an adoption of the tackle among the pros. The fact is nearly every pro we see now fishing finesse baits has the braid and fluoro combination working for them. Which prompted us to quiz some of these top sticks on why the braid.

“I don’t get as nervous as I used to,” Kriet said. “I mean I’ll still sometimes fish just straight 6-pound fluorocarbon. But it makes me really nervous when I get a big one on. If I can get away with 10-pound braid, then I’d rather use that and not be so worried about a big one busting me off.”

The strength of braid is obviously a critical factor among the pros. The fact that you can keep a small diameter and have increased breaking strength opens up a lot of great options for finesse fishing. Strength, however, may not be the most critical aspect of using braid though.

Another aspect we hadn’t considered until we fished with Shinichi Fukae was visibility. Fukae had about 6 rods on his deck while we were at Table Rock. The Japanese pro knows a lot about highly pressured bass in ultra clear water from his days spent fishing and competing on tough fisheries like Biwa in Japan.


He uses a 16-pound braid from Yoz-Ami YGK (not readily available in the US) with an 8-pound fluorocarbon leader. The braid is a sinking braid made of the highest quality materials very tightly woven. The tight weave gives him incredible distance on his casts but more importantly, the yellow line acts as a strike indicator for him on subtle bites especially on the fall.

“A lot of the bites occur on the fall with wacky jigheads, drop shot, split shot and shaky heads,” Fukae said. “With the yellow braid, I can see my line if a bite happens before I feel it.”

So there is strength and visibility aspects to the line, but other factors still may make it a better reason to change. We talked with Arizona pro Brett Hite about how he and his travelling partner, Brent Ehrler have adopted the braid in their finesse fishing.

“It’s all we use now,” Hite said. “We’ve experimented with a lot of braids and a lot of leaders and even things like knots, leader length and more.  Now we have it down to a science and it’s made us so much more efficient – especially when you’re talking hooking and catching bass from a distance.”

Hite gave us an example of what he was talking about from a recent FLW Tour event on Lake Hartwell earlier this year. It’s not always just about casting distance but also the distance straight below the boat.

“Rob Newell had pulled up to me on the first day of the Lake Hartwell event as I’m pulling up to my starting spot,” Hite said. “I had a channel swing that came in close to a little island and I was way out off the swing easing up to my spot with my trolling motor. As I move up there I see an arch in 65 feet of water on my graph. So I open my bail and drop my Roboworm down on the fish. Next thing I know, the fish bites, I set and land a 5 ½-pounder. My first fish was a 5-plus-pound bass out of 65 feet of water. Braid gives you that ability to get a good fast drop with a drop shot because of the small diameter, but the no stretch to give you a good hookset at the end of a long drop or long cast.”

Hite has been experimenting with pound tests and really likes a 10 to 12 pound new prototype Sunline SX-1 that will be unveiled at ICAST this year. The new braid is a dense, tightly woven braid that sinks. It’s made specifically for those deeper contact presentations like shaky heads, drop shots, wacky rigs and more.

An added bonus to using the smaller diameter braid is casting distance. When you’re finesse fishing, it often means that water clarity is an issue. That also means the further you can keep your body and boat from the fish, the less defensive and spooky the fish will be. With 10-pound braid, we’ve found we can cast way ahead of the boat to unsuspecting bass. We caught a 15-pound limit this weekend on shaky heads by making very long casts to areas where bass were guarding fry. Keeping that distance in clear water was a big deal.

“A lot of anglers use too heavy a braid,” Hite said. “You want a 10 or 12 pound test braid with a good fluoro leader. If you go much over 20 pound test, it’s not as manageable on your reel. The 10-pound braid casts so good. You won’t believe how far it casts and how good your hooksets are. I use a 7-pound Sunline Sniper fluorocarbon leader that I measure to about the first guide in my rod.”

What Hite means is he ties the leader material to his braid with an Alberto Knot (which we’ll be showing a how-to tie video of this week) while the fluoro is still on the spool. Then he winds it through his rod guides until it reaches the feeder or butt guide, the last guide before his reel. The key is to keep the fluoro from going into your reel where it will slam against that first guide as you cast.

“If I can keep my knot from banging that first guide, I won’t have any issues with casting, knot strength or wind knots,” Hite said. “And that Alberto knot is the deal. It’s so small; you can’t even hear it going through your guides. And my line twist problems are gone on my drop shots with braid. So it’s really the best of all worlds.”

Take a lesson from the guys who have to be sure they capitalize on every way possible to hook and land all the fish that bite through the course of a day of bass fishing. Braid can give you added security in strength, castability, visibility, no stretch, good hooksets and more. Keep your pound tests to a reasonable strength and small diameter and you’ll enjoy a lot more bites and a lot less problems. 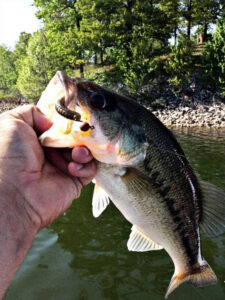