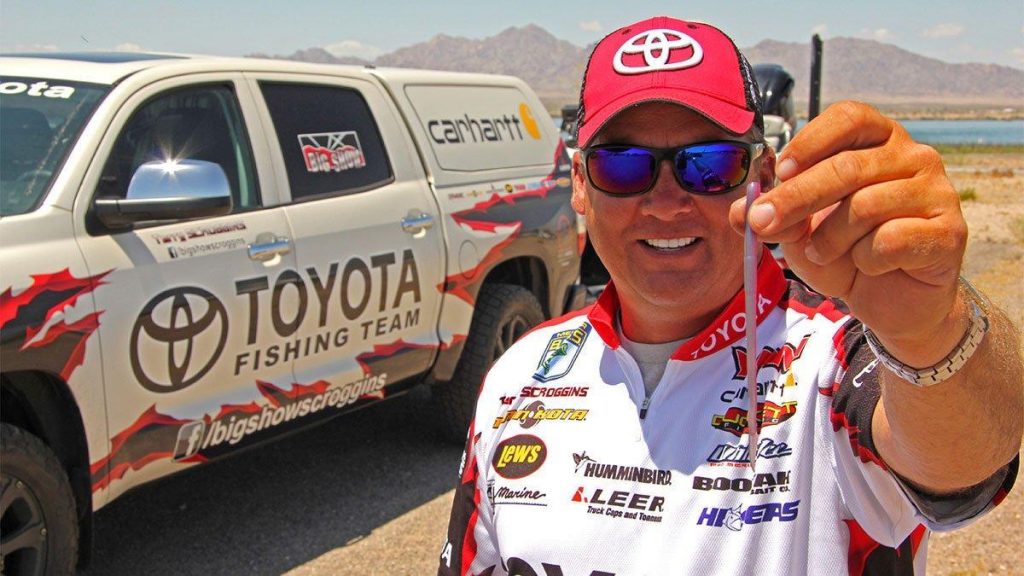 Terry Scroggins admits he is surprised by the daily weights his fellow Bassmaster Elite Series pros brought to the scales at Lake Havasu. And frankly, the gusty 30-mile per hour winds on day one pretty much blew away Big Show’s hopes at a high finish on the gorgeous Mojave Desert reservoir.

“I had a great practice day on Tuesday. I caught around 20 pounds on a drop shot fishing rocky points on the lower end of the lake in 15 to 20 feet of water,” reflected the Palatka, FL native who frequently relies on the drop shot throughout the Elite Series season each year.

“I was drop shotting a 6” YUM Sharp Shooter finesse worm in a color called Morning Dawn, rigged to a 1/0 nose hook,” Scroggins said. “I use 10-pound braid as my main line joined to a long 20-foot leader made of 6-pound fluorocarbon.”

“On the second day of practice, I had about 15 or 16 pounds and figured I was gonna be in good shape going into the tournament,” Scroggins said. “But those 30 to 35-mile per hour gusts on day one kinda blew me away though. I had no idea it was going to blow that hard. I actually started with a 3-pounder and 4-pounder really early on day one and things were looking great, but eventually the strong wind prevented me from fishing my key points like I needed to.”

Scroggins finished in the middle of the pack at Lake Havasu in 55th place. His 14-pound, 8-ounce catch on day one, followed by 12 pounds, 8 ounces on day two left him barely short of a paycheck before driving 20 hours east of Arizona to the Toyota Texas Bass Classic on Lake Fork.

“The drop shot was definitely working for me, but I just didn’t factor in the strong winds enough on the first day and I misjudged how much weight it would take to do well here, too.”