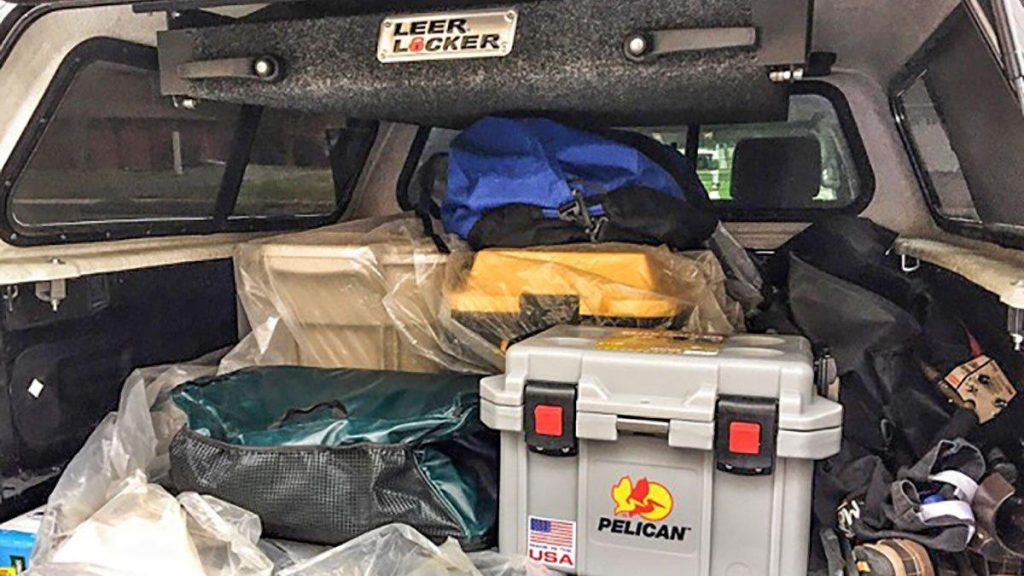 I knowed how to pack.

In almost three decades of being a journalist on the move all around the world I have probably been on the road say, maybe, 400 years, give or take some.

I have at one time or ten forgot the one thing I needed the most.

I have at one time or ten left behind the one thing I should never ever leave behind.

I have always lost more than I have found.

I have found your socks, but not mine.

I know where your toothbrush is, but not mine.

I once lost a rental car, I can’t name the company due to the thing I signed once the police found their rental car which was, I may say, within three miles of exactly where I thought I left it.  I did, though, tell the cops the wrong make and color which seemed, I’m thinking, to add time to their search and for which I got billed for and fought…and lost.

(PS:  Here’s a free out of order of tips rental car tip:  I wouldn’t recommend losing a rental car for a few days and then asking if you can get the reward points for the lost days too.)  Just saying.  BTW, it was the same rental car company who a decade later rented me a car with a dead cat in the trunk, they said it was an accident…but I’m not sure I quite believe that. 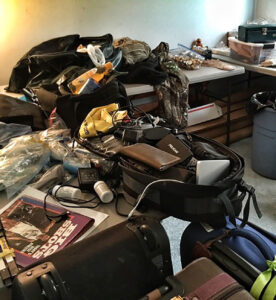 On the Bassmaster Elite road I room with Paul Elias and Shaw Grigsby, I have packed and brought home two pairs of Paul’s socks (before a washin’) and I think a pair of Shaw’s undies.

Here’s a free tip for you:  If you happen to pack and bring home Paul Elias’s game worn socks, or Shaw Grigsby’s game worn undies it is absolutely proper etiquette to burn said socks and undies and stick them in your neighbors garbage after midnight on garbage takin’ out night…just saying.

Here’s a few tips on packing for fishing people or them others.

Match the Catch in Undies

If you bought a 14-day fishing license in Walmart, stop in the undie department and buy 14 undies. Boxers or briefs, don’t matter none to me, but you want to be FISHING not WASHING clothes.

I, in fact, bought 31 undies since many times I’m on the road for a month, but truth be told, and don’t bring this up around Barb because she always checks my pill box after I say this, but if push came to shove I could be on the road TWO months and never have to smell the same pair of boxers twice, if you get what I mean.

Let’s say you miscounted how many days you would be fishing and to your horror you find yourself one or two undies short and may have to actually wash something, if that’s the case never, NEVER buy RED undies because I know for a fact that if you forget to wash everything in “cold” all your other undies will suddenly become pink, which I know you will forget about until you take your waders off around the fire pit after your buddies have had a few beers. Even brand-new, not-pink undies will not outlive the stories those fishin’ beer drinking buddies will tell about you.

Trust me on that one.

I buy all my “luggage” at Home Depot.

I have found after all these years that “luggage” doesn’t mean “lug,” it means “try to carry the crap over your casting shoulder without hurting your best flippin’ motion while hiding the fact that you can’t remember where in the attic your luggage is while now having all your stuff packed in your daughter’s Dora The Explorer pink sleep-over bag.

A gorilla could throw these around and nothing would happen ‘cept at the end I could pack the gorilla inside one of them.

All my contractor luggage comes with wheels so I don’t “lug” it; I just calmly walk past the front desk looking like a plumber or something which has an added benefit of freaking out the nighttime check-in dude.

Besides that I can carry 90.5 Gallons of stuff, dial up your favorite luggage company online and see how many gallons that fancy designer bag will hold…go ahead. 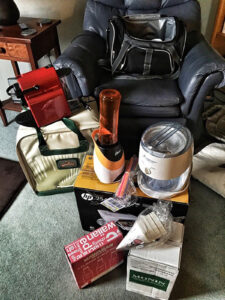 Dudes, if you have a blanky, bring it.

Bring something from home, it makes the trip easier.

A snow cone machine with a bottle each of cherry, blueberry & blue raspberry syrup.

A metal detector (I use it to find the fishing hooks Paul and Shaw drop on the rug since it works almost as well as finding them as my feet do).

A folding walking cane that I use as an air guitar while I write stories and tips.

And two framed photos of my wife and kids…the dog is my iPhone screen saver.

Even when I travel alone I forgo the king room and go for the double queens. Here’s why:

I sleep in one bed and pile all my stuff on the other bed, it’s like having a queen sized desk and you won’t have to bend over and pick through all your stuff on the floor.

You get four big towels instead of just two, since my belly has grown so has my drying off needs so I use two towels per shower, one set drying while I’m wetting the other.

I also hang all my pants over the flat screen TV in the room since it seems to keep them straight and not wrinkly and may in fact be the most practical thing I’ve seen on TV in years.

I only—and let me repeat this—ONLY stay in hotels that have a points reward thing going on, I will even go out of my way to do that.  Why is that so important?

True story: One member of the Elite service crew only stays in the same brand of hotel and has done it so often that he had saved enough points that he REMODELED his entire kitchen with “partner points”.

Hey, so much for packin’ and such, keep looking here for more tips on travelin’ out here in the Reel World As Such For Fishin’ Folks and Them Others.