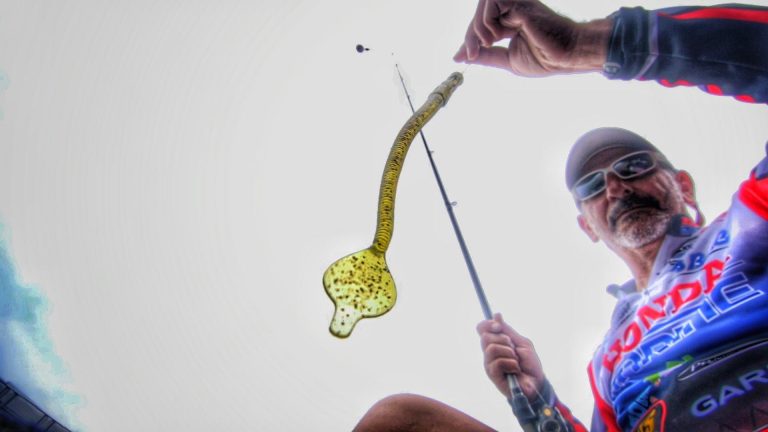 Hey big bass chasers, most know that big 10-plus inch worms have a place in the hunt for big fish. Paul Elias proved this in 2008, where he set the B.A.S.S. four-day record with a staggering 132-8 pounds of bass on Falcon Lake on the Texas-Mexico border. A key to his success was a 12-inch Mann’s Jelly Worm rigged on a Carolina Rig, but with some tweaks. Paul has some specific rigging guidance to help you cast this big fish beast, and get solid hookups when you get the bite.