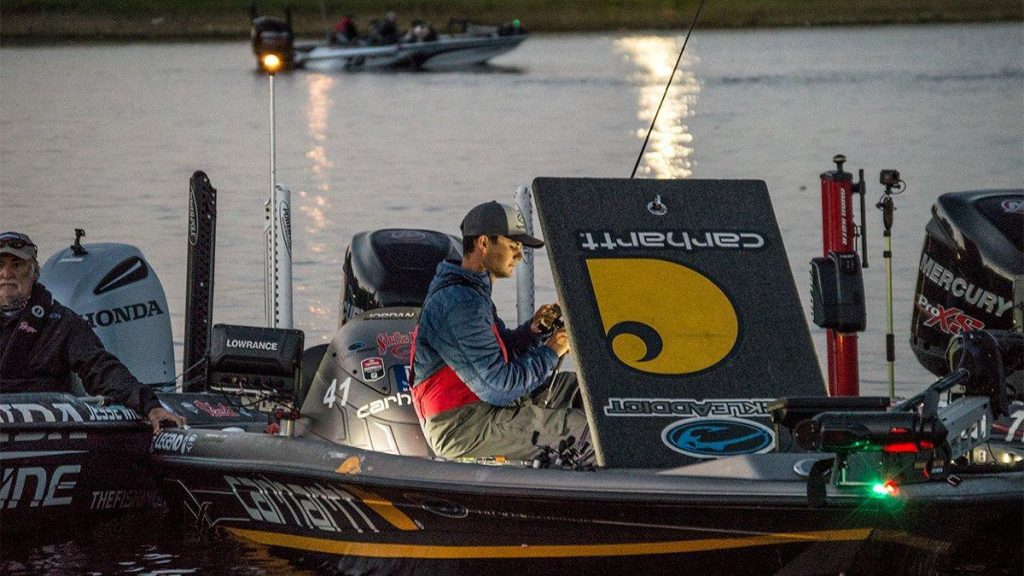 Tournament season has officially begun for bass anglers. Limits of bass have already hit the scales throughout much of the south, and if you live in the northern states preparation for your first fishing trip begins now.

There are millions of articles, videos and social media posts explaining how to catch fish once you’re on the water, but very few that explain the steps an angler can take before they hit the lake that’ll help them catch more bass. To address this topic, we asked defending Bassmaster Classic champion and Elite Series standout Jordan Lee to explain five ways he prepares for his first tournament of the season.

The first step Lee takes when preparing tackle for his first tournament of the year is to leave a large percentage of it out of his boat. That may sound counterintuitive, but Lee has benefited from approaching late-winter or early spring bass fishing tournaments with a minimalist mindset.

“There really are only so many baits and techniques that work well in the early spring,” Lee said. “When the water is cold like it is this time of year, you can leave a lot of your lures at home. You’re excited and your mind is moving about a hundred miles per hour during that first fishing trip of the year. Simplify your tackle and give yourself fewer options for those early tournaments, and you’ll slow your mind down and spend more time figuring out the fish instead of digging in your tackle box.”

Lee sticks to coldwater staples like jigs, subtle crankbaits, jerkbaits, spinnerbaits and a few different finesse techniques early in the year. Leaving most of his soft plastics, aggressive reaction baits and several other lures out of his boat and out of mind. 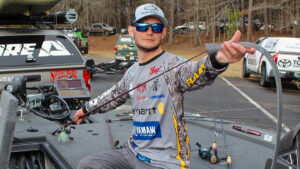 Lee has the utmost confidence in his Quantum rods, but he does give special attention to his rod tips and guides before his first fishing trip of the year. Every inch of fishing line on your reel has to go through your guides and rod tip. If any of them have even the smallest nick or rough edge, it can lead to a disastrous day of fishing.

“I go over my rods with a fine-tooth comb throughout the offseason,” Lee said. “I use Seaguar fishing line and it’s extremely reliable, but even the best line will fail if it gets roughed up by an abrasive edge or a broken rod guide. I’ve lost and broken off my share of fish this way and it’s so frustrating because it’s something I can control.”

Learning these lessons the hard way has taught Lee to be obsessive when it comes to his rod tips and guides. Inspecting each and every one before employing them out on the water.

Leading up to his first derby, Lee swaps all of his treble hooks to sharp, new Owner treble hooks. Lee does this with every treble-hooked lure he owns, but gives special attention to jerkbaits and tight-wobbling crankbaits he knows he’ll use in the early spring. Lee makes sure all of his hooks are sharp and rust free before ever launching his boat.

“Having sharp hooks is so important when the water is cold,” Lee said. “You usually aren’t going to get a lot of bites on your first few fishing trips of the year. To help me catch the ones that do bite, I go through and swap out every treble hook on every lure I intend on using. Then I’ll make sure I have two or three backups of the same bait with fresh hooks on it.”

Lee stores all of his hard baits in Plano WaterProof StowAway 3700 boxes to combat rust issues throughout the year. When tournaments conclude in the fall, Lee opens every Plano box holding his hard baits to let them air-dry in case any moisture is present. 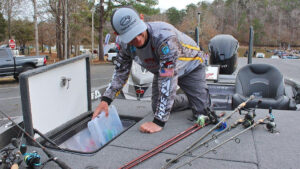 Another simple, yet overlooked step Lee takes is inspecting the boat’s batteries. Weeks or months of sitting dormant can be hard on marine batteries, especially if you live in an area that consistently stays below freezing.

Lee makes sure to take his batteries out of his boat and store them in a warm, stable location like his garage. This alone increases the longevity of your batteries life. More than that, it allows Lee to easily access the batteries and ensure there is no corrosion building up on the terminals.

“Lots of guys overlook battery maintenance,” Lee said. “I know I did growing up, and it burned me on more than one occasion. Nowadays I am better about taking care of them in the off-season. Once I move the batteries back to my boat, I immediately plug them in to the charger. This confirms they’ll take a charge, but it also allows me to ensure they’re holding a charge. It’s way better to find out you have a bad battery when it’s sitting in your garage as opposed to out on the water.” 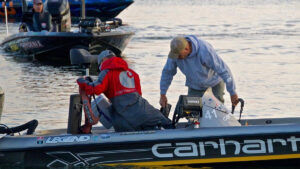 Monitoring weather patterns is the final step Lee takes to prepare himself for the first tournament of his season each year. This isn’t quite as simple as checking your favorite weather app the day before you head to the lake. Instead, Lee habitually takes a detailed look at the weather patterns in the area of a fishery he’ll be competing on.

“Early spring is by far the most weather-dependent time of the year when we’re talking about bass fishing,” Lee said. “Knowing what the weather is doing the weeks leading up to a tournament is hugely beneficial this time of year. You can shorten your search time a great deal by monitoring the weather. The fish are going to react differently and set up in different areas of the fishery, depending on whether a warming trend or a cold snap has been hitting the area.” 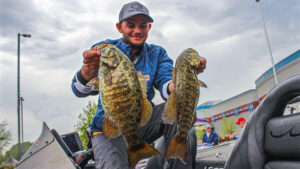 Different weather patterns, like the warming versus cooling trends mentioned, will rule out entire areas and sections of a lake for Lee. If the lake he is fishing has been experiencing steady warming temperatures, Lee knows he can’t rule out shallow patterns. On the opposite side of the spectrum, if colder than average temperatures have been prevalent, he knows his time is best spent investigating deeper, wintering areas.

“My first Bassmaster Classic on Lake Guntersville is a perfect example,” Lee said. “Water temps were 38 degrees when I started practice, but because of a warming trend the Guntersville area was experiencing, I knew I couldn’t write off a shallow bite. The first day of the tournament I fished deep even though water temperatures were rising and only caught three keeper bass.

“The second day I went shallow and caught 26 pounds in less than two feet of water. Honestly, logic would tell you the fish shouldn’t have been that shallow; but because I knew how drastic of a warming trend we were facing, I had the confidence to stay shallow even though I wasn’t getting a lot of bites. Knowing the weather was key.”

Lee monitors the precipitation an area is receiving as well. The amount of rain the area surrounding a lake receives reveals several important details to Lee. It gives him an idea of how high—or low—the water level will be, as well as set the stage for the water clarity he’ll be facing. He has learned that rivers or feeder creeks running into a fishery typically have the dirtiest water, allowing him to make a game plan before ever laying eyes on the water.

Temperatures are starting to warm up throughout the country and whether you’re looking forward to the first club tournament of the year, a professional level derby, or you’re just excited to get on the water for the first time in 2018 take these preparation steps Lee practices to heart. They’ll help you focus your time and efforts on the fish once you get out on the water.