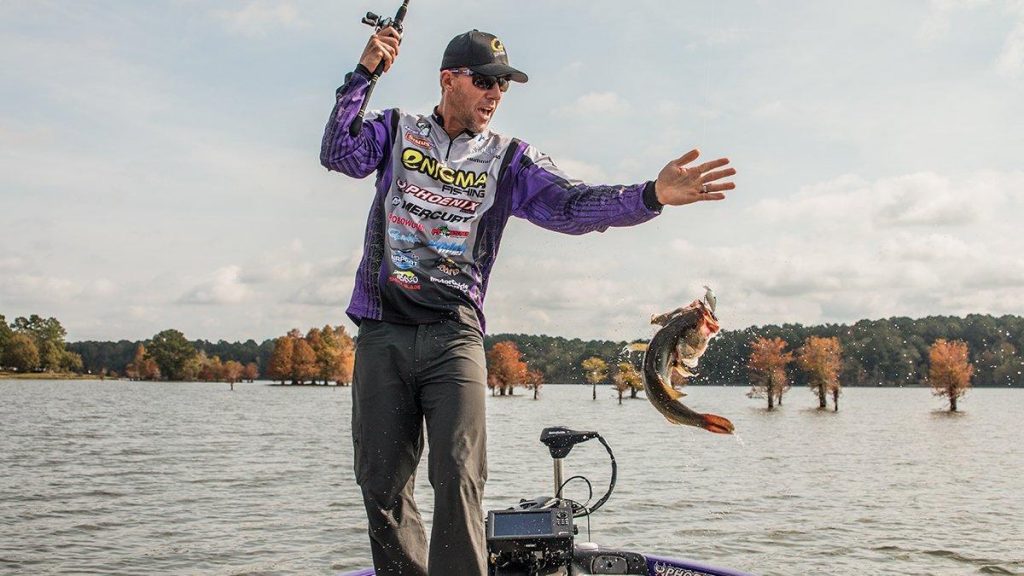 There’s a reason why so many top bass fishing professionals favor crankbaitsâ€”they’re known to catch big bass when other lures and techniques fail. The effectiveness of these lures largely boils down to their ability to prey on the reactionary instincts of a bass. Even if a bass isn’t on a major feed, they’ll often pounce on your crankbait without thinking twice.

Think of it like this: If I randomly throw a baseball to you, you’ll probably try to catch it. That’s your human instinct. Crankbaits do the same thing, essentially. The bass don’t have time to think about it when it comes scurrying across their face; they simply react and take a swipe at it.

Crankbait fishing is a lot more than just mindlessly reeling a lure, however. There are several important caveats that, when considered, will take your cranking game to a whole new level.

As much as we’d love to experience hot and heavy action each time we hit the water, it’s simply not practical. Regardless of your preferred technique, you’ll often fish for hours without a single bite. This lack of action can create a bad habit for crankbait fishermen.

Crankbait fishing is all about making the fish react, which often means making your lure do something different or erratic. Pay close attention the next time you see a school of shallow baitfishâ€”they rarely swim in a straight line. They’re extremely fidgety and every few seconds they’ll dart or dash to the side.

You want your crankbait to do the same thing.

Instead of going into “robot mode” and simply casting and winding without much thought, make an effort to impart erratic actions into your retrieve. You can speed up your retrieve speed with the reel or incorporate sudden jerks and twitches with your rod tip; anything to draw extra attention to your lure.

There’s no easy recipe for a successful retrieve cadence because the bass’ preferences can change by the day or even by the hour. One thing is for certain, however; you’ll catch a lot more bass if you make your crankbait act erratic by taking matters into your own hands.

There’s no doubt that crankbaits are an effective tool for quickly covering large expanses of water. They allow for long casts, quick retrieves and they spend a lot of time in the optimal strike zone.

But that doesn’t mean you shouldn’t thoroughly saturate a key piece of cover.

I’d say that 99 percent of my crankbait catches over 5 pounds have come after several identical casts to the same piece of cover. I started keying in on this several years ago and since then, I’ve enjoyed a lot of success whether I’m tournament fishing, guiding or fun fishing.

I’m no biologist, but here’s what I think it comes down to: The biggest bass on a body of water are both smart and lazy. I don’t think most people catch big bass because they find some magic honey hole. In my personal experience, most of it comes down to ticking them off and making those suckers bite.

The next time you see an isolated piece of cover that seems like it should hold a bass, I challenge you to make 5 casts to it before moving onâ€”even if it’s just a single stump. A lot of times, that big bass will be sitting down there watching your plug swim by for the first few casts. Finally, after several repeated casts, it’s going to get mad and take a swipe at it.

Think of it like this: If I flick your ear once, maybe even twice, you’ll give me a bad look but you’ll probably let it slide. If I flick your ear much more than that, you’re going to punch me in the mouth. That’s what repeated casts with a crankbait do to a bass.

When most of us started fishing, we were tought to set the hook with an upward motion. It’s just the most natural feeling and for most bass fishing techniques, it works just fine. But when you’re crankbait fishing, you should never set the hook upward.

Proper hookset mechanics begin with the appropriate rod angle throughout your retrieve. Not only will it increase sensitivity, but you’ll also be in prime position when it comes time to set the hook. 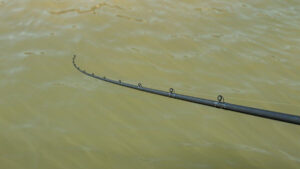 After a long cast, keep your rod tip low to the water and at a 45-degree angle to your crankbait. If you’re a right-handed angler, put the rod butt against your left side. If you’re a left-handed angler, put the rod butt against your right side. I call this “strong-side fishing”. When you get a bite, you can use your rib cage as a fulcrum to set the hook which gives your more leverage for prime hook penetration.

When you set the hook, do not set the hook upward. This drives the top of your crankbaitâ€”the part with no hooksâ€”into the roof of the fish’s mouth and can pull the lure away.

Instead, let the rod load when you get a bite. With that rod tip low, keep reeling until your rod tip begins to bend. At this point, without incorporating any slack into the line, sweep to your side in order to drive the hooks home. Keep your rod tip low for the entirety of the fight and you’ll notice an immediate improvement in your hookup ratio.

4. Using a rod that’s too stiff

If any bass fishing technique calls for a specialty rod in your collection, it’s crankbait fishing. I see so many people who have perfect mechanics constantly lose crankbait fish. It’s honestly not their faultâ€”it’s the rod’s fault.

I like to use a pretty wimpy rod for crankbait fishing. For shallow-running flat-sides up to 1.5-size crankbaits, I like to use a 7-foot medium-action rod. It doesn’t have much backbone, but its tip is what I’m most concerned with.

When a bass bites your crankbait, it’s important to give them a split-second to really eat it. While switching to a higher-stretch monofilament line can help, I’ve found lighter-action rods to be the most effective way to facilitate a solid hookup.

If your rod is too stiff, you’ll pull the lure away from the fish. If the bass simply swats at your lure and is hooked outside of the mouth, you won’t have enough shock absorption to avoid pulling the hooks.

If you’re having issues turning your bites into catches, I’d suggest going one step down in rod actions. If you’re using a medium-heavyâ€”a very common actionâ€”for shallow cranking, try a medium-action. You’ll be able to feel more throughout your retrieve and you’ll find that a lot more of the bass will have both sets of your trebles in their mouths.

5. Squarebills aren’t a cure-all to snags

There’s a lot to be said for squarebill crankbaits; they’re essentially the four-wheel drive of reaction lures. Their lips are designed to allow them to glance off of hard cover while protecting the hooks, thus reducing annoying hang-ups.

But let me be very clear: You can’t just smash ’em into cover and expect them to make it through unscathed. They’re not the magic pill that will end all snags. It takes some work on our part to maximize their effectiveness. 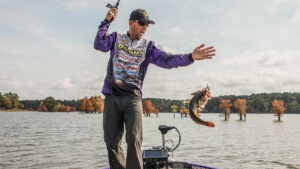 When your squarebill collides with a piece of cover, you should always pause your retrieve; even if it’s just for a split-second. This short pause allows the lure to float above the impediment so you can resume your normal retrieve without any issues.

Learning how to “worm” your crankbait through cover is a skill that, in my opinion, every angler should know. When you’re fishing gnarly cover such as laydowns, reel your crankbait until it hits the first branch and stop your retrieve. Instead of moving the lure with your reel, slowly drag it with your rod tip. This will allow your crankbait to tick the tops of the cover without diving too deep and becoming snagged. When you get a bite with this technique, it will often feel like the sudden “thump” of a jig or Texas rig bite.

Crankbaits are one of the most effective big bass lures you can use. If you make an effort to utilize these tips this year, you’ll unleash an entirely new dimension of your bass fishing arsenal.