Fall bass fishing is one of my favorite things in the world. After a long summer of miserable heat, I finally get to wear my hoodie and glide across a near-empty lake in search of schooling bass. As the bait migrates towards the backs of creeks, big bass aren’t far behind and this can make for a perfect storm and some incredible bass fishing opportunities.

But I got to thinking the other day and man, this time of year used to royally kick my butt. I can remember fishing tournaments as a teenager and hearing guys at weigh-in talking about catching a hundred bass during the day. Me? I caught 10 bass if I were lucky. I was doing something wrong, but I couldn’t figure out what I needed to change.

That started a decade-long quest to figure out this finicky fall fishing. I experimented with all sorts of lures, presentations, colors and whatever else I could think of. Through a lot of trial and error, I’m pretty sure I’ve figured out three keys to choosing the best crankbait when you’re surrounded by bait in the fall.

Hang in there with me and I bet you’ll catch more bass this fall. 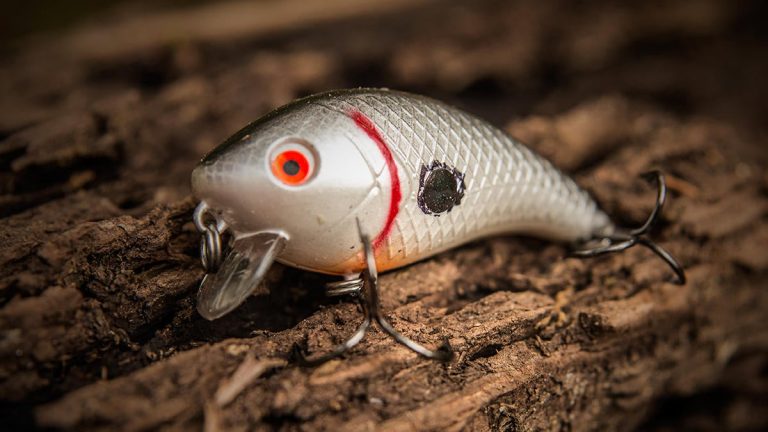 We’ve all had the importance of continuous bottom contact drilled in our heads when it comes to fishing a crankbait. No matter what, we’re tought to dredge the lake bottom each and every time we throw a crankbait. I’ll admit that, 90 percent of the time, I totally agree with this thought process. But when you’re surrounded by bait this time of year, I think doing the opposite might actually produce more bites.

Through a lot of experimentation, I’ve learned that keeping your crankbait above the bass can pay enormous dividends throughout the fall. Bass are hard-wired to feed upwards, especially this time of year. When big schools of shad-or any other type of baitfish-are high in the water column throughout the fall months, bass will simply sit underneath the bait balls and ambush them from underneath. It’s eerily similar to how porpoises feed in salt water. They simply corral the bait, disorient them and go in for the kill.

If you’re throwing a crankbait that’s dredging the bottom, your chances of getting bit can be dramatically decreased. During the feeding frenzy known as fall bass fishing, a bass will rarely swim downward to attack your crankbait; it’s simply not in their DNA.

Instead, I strongly suggest throwing a shallower plug. You’re going to find huge numbers of baitfish in the very backs of creeks this time of year and there’s little reason to throw a crankbait that dives any deeper than six feet. Once I started focusing on the 2 to 4-foot zone, my catch rate didn’t double and it didn’t triple-it quadrupled. Again, the bass want to see your crankbait from underneath, build up some speed and absolutely hammer it. Keep those shallow crankbaits rigged and ready to go.

(Kind of) match the hatch 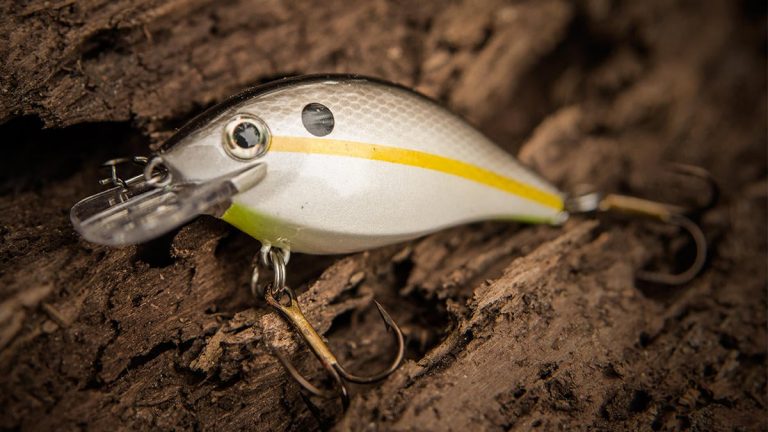 Another concept we’ve been force-fed for decades has been “matching the hatch”. Essentially, this just means that the angler should always match his or her lure selection as closely as possible to what the bass are actually feeding on. If you see them busting threadfin shad in the fall, your crankbait should look just like a threadfin shad. You get the picture.

Now, do I recommend throwing a bright-pink crankbait into a swarm of active bass feeding on threadfins? Heck no. But I do believe that the coloration of your lure needs to have something that differentiates it from the real thing. If you really think about it, it makes sense. Why would a bass come after your crankbait with hooks and hardware dangling everywhere when it’s surrounded by the real thing? It would be like me eating a fake cheeseburger when I have 10 real ones sitting in front of me. It just ain’t gonna happen.

Consider choosing a color with a little “flair” to it, for lack of a better term. If threadfin are on the menu, it’s totally fine to stick with a more generic threadfin pattern. But instead of taking it right from the package, maybe take a chartreuse dye pen and draw a stripe down each side or even a big, black dot right next to the gill plate. These small additions, in my opinion, give the bass something to hone in on when your lure is in the middle of thousands of live shad. In my mind, it’s just like a cat chasing a laser pointer. That chartreuse stripe, black dot or even that front red hook catches their attention and they can’t help but attack it.

I mean, let’s think about it: Why is Strike King’s “sexy shad” color so popular? It has a great base shad pattern, but that extra bit of chartreuse proves deadly when there’s a lot of competition going on. 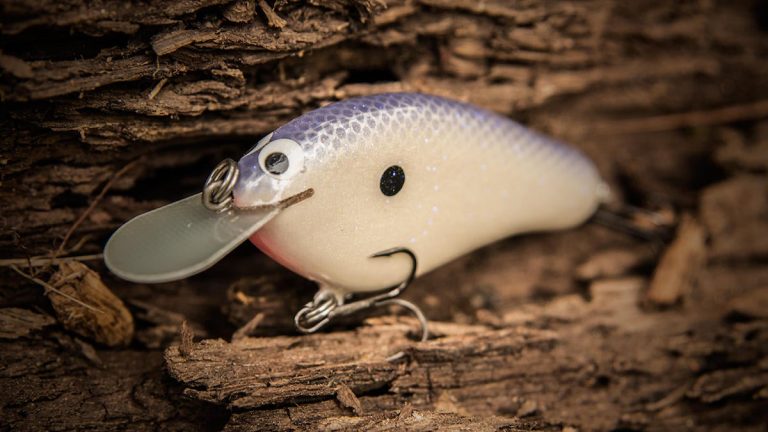 This is one of the biggest problems I ran into as a young fellow during the fall. I knew the bass are gorging on threadfin shad. Well, I just so happened to have some lipless crankbaits that looked exactly like the real thing. I’d throw those suckers until my shoulder fell off and would barely get bit. I’d see schools of shad boiling on the surface in the backs of creeks and quality bass feeding on them, but my little ol’ lipless plug wouldn’t even get sniffed. Heck, I’d catch more shad than I would bass. It was honestly infuriating.

After I finally decided to try something different (I’m the most stubborn angler in the world), I started to experiment with different sounds. Was everyone else fishing lipless crankbaits and the bass just became conditioned to the generic rattling sound? Or was I just being completely obnoxious and the bass didn’t want anything to do with a lound presentation?

Honestly, I think it was the latter. My crankbait was “that” guy who showed up late to the party, completely drunk and nobody wanted to hang around him.

This realization came during a November fishing trip with one of my best friends and one of the best anglers I’ve ever known, Matt Henry. We ran across some balled-up shad in the back of a creek and the bass were all over ’em. I was throwing a shallow-diving plug with a fairly loud rattle and Matt was throwing a custom-made, flat-sided balsa plug. For about two hours, we sat in one spot and he caught well over 100 bass. I was on the front deck with him, making the same casts and I caught about 15 bass. That was too much of a discrepancy to ignore.

Since that trip about 10 years ago, I have leaned more heavily on those flat-sided balsa crankbaits and have enjoyed incredible success. Unfortunately, these plugs are more expensive. I’m the biggest tightwad you’ll meet when it comes to money, but in this case, I’d certainly say they’re worth a little extra money this time of year.

If you combine these three factors I outlined, I’m certain you’re going to enjoy more success throughout the remainder of this fall fishing season. During your next trip, remember to keep your crankbait off the bottom, add a little flair to the color and ditch the rattles. It’s not a perfect science, but I can tell you without a shadow of a doubt, that it has worked wonders for me over the years.