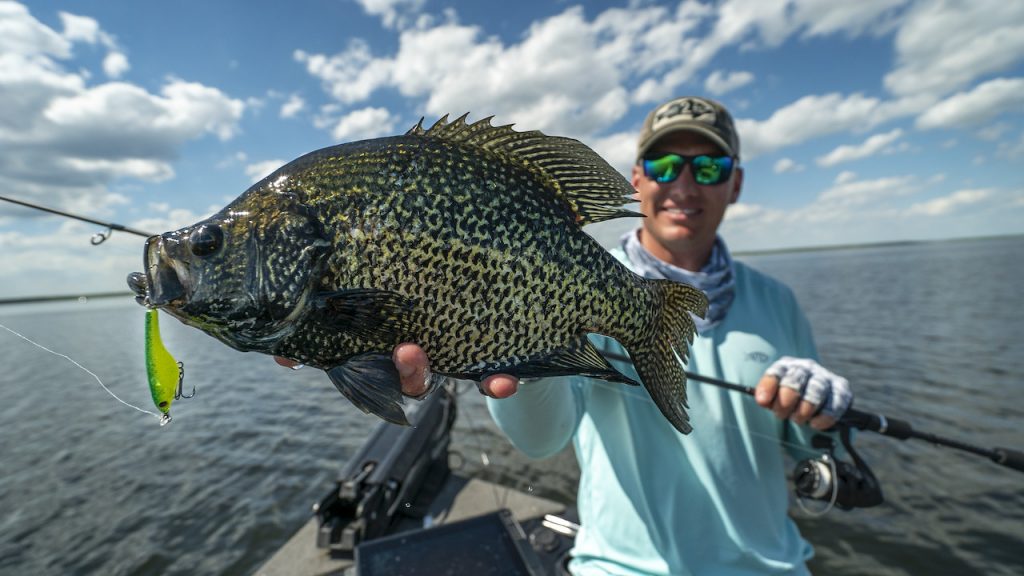 Crappies are curious fish with appetites and attitudes to match their mouth size, making them willing biters of bigger, more aggressive lures. Kyle Peterson of Wired2fish has found success catching crappie with downsized jerkbaits, and more recently, purpose-built spybaits. In this video, Kyle discusses when and how to fish spybaits for crappies. He also shares his preferred rod, reel and line setup for fishing spybaits around shallow-water cover like grass, laydowns and brush piles.

Hard baits are commonly used when targeting bass, walleye, pike and other predator fish but used much less in crappie fishing — experienced crappie anglers have long taken advantage of this fact. Peterson stresses the sheer triggering power of hard baits, which is no different for crappies as it is with other species. Another benefit is the ability to cover water on a long cast.

A spybait is a proven finesse hard bait designed to catch negative or highly-pressured fish. Unlike jerkbaits, spybaits sink slow and silently with a subtle shimmy. The combination of depth control and seductive action gets the bait in the strike zone while temping bites from fish unwilling to chase moving baits.