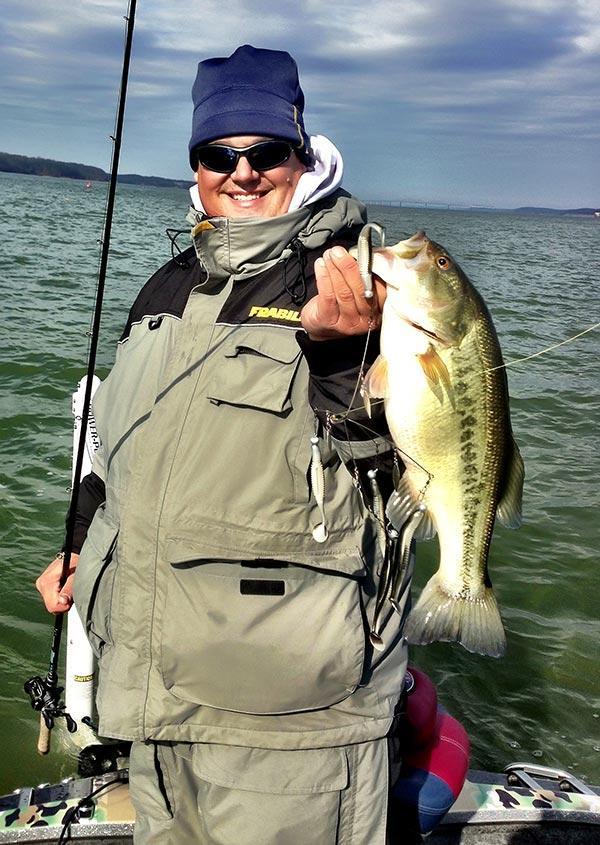 The Alabama Rig and the many castable bass umbrella rigs it spawned lost some of its appeal in the 12 months for many anglers. But what we’ve found fishing with anglers who have adapted, the rig is still as effective as other lures in the tackle box. Anglers should 1) realize what has changed in fishing bass umbrella rigs and then 2) employ some new thinking to the bass fishing rig.

First, a little background on why the rig was so prominent last year but not as much this year.

The craze of the rig is history

The Alabama Rig generated a tsunami across the bass fishing tackle landscape in the fall of 2011. Andy Poss took a simple 5-wire umbrella rig and applied it to it for bass fishing. When Paul Elias won the FLW Tour event on Lake Guntersville in October of 2011 with 100 pounds of bass, a time when most anglers were saying the fishing was horrible, the flood came almost immediately.

Anglers were willing to pay $50 to $100 for one rig. Guys were tying wires in their kitchen. The bass lure market exploded with thousands of castable bass umbrella rigs. The bait shops were flooded with new contraptions for rigging the hundreds of various swimbaits on the market. Shops couldn’t keep their shelves stocked with rigs, jigheads or swimbait bodies on fisheries like the Tennessee River, Table Rock, Grand Lake, the Alabama River and many more.

Yet fast forward to now and most tackle shops have a surplus of both umbrella rigs and swimbaits. Things obviously have changed.

The forage came and went with the wind

The wind can affect fishing, but water temperatures, current flow, water clarity and other environmental factors affect the bass and the forage more. Last fall/winter, there had been significant rainfall across the country that put a little color in the water of many of the nation’s fisheries. The resulting flooding generated consistent current that seemed to keep the bass feeding in groups.

Warmer than average temperatures spawned an explosion of forage. The bass roamed nomadicly, grouping up to ambush bait instead of relating to contours and bottom composition. A lot of baitfish suspended and so did a lot of bass. It was a perfect storm for the Alabama Rig. The suspending fish, which were normally very hard to catch, seemed almost too easy to catch on 5 swimbaits raked over their heads.

This year however we had almost exact opposite conditions around the country. A lot less precipitation, a lot less current flow, a lot more scattered bass and forage that was not suspending. Then winter seemed to come almost two months early bringing much colder water temperatures, extremely clear water and a lot less schooling bass.

Bass get conditioned. I’ve seen a school get conditioned in minutes to a certain lure and a simple lure change gets them fired right back up. I’ve seen days where a guy throwing one bait crushes his buddy’s hopes and dreams on just slightly different bass lures.

Last fall and winter the lakes were overcrowded with boats full of anglers chunking 5-swimbaits at a time haphazardly for bass. I’m sure this year started out much the same, but as folks have quit having success, they’ve quit braving the elements.

The bass umbrella rig storm was over for many. It is no longer just a matter of going down the bank throwing five lures instead of one. But the truth of the matter is there are many anglers across the country still having a lot of success with the umbrella rigs.

Quite simply, it became another weapon to trick our favorite quarry. It followed the same path as the buzzbait, the topwater frog or the Senko. All effectively deceive bass. But they don’t work all the time in all conditions. The Alabama Rig and all the other versions of bass umbrella rigs simply became another spinnerbait, crankbait, jig or worm in your tackle box in the span of a year.

But there are still ways to make the most of these bass lures, and I’ll dive into that in part two of our look at the changing approach to using bass umbrella rigs. 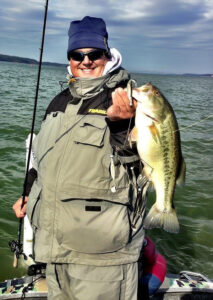