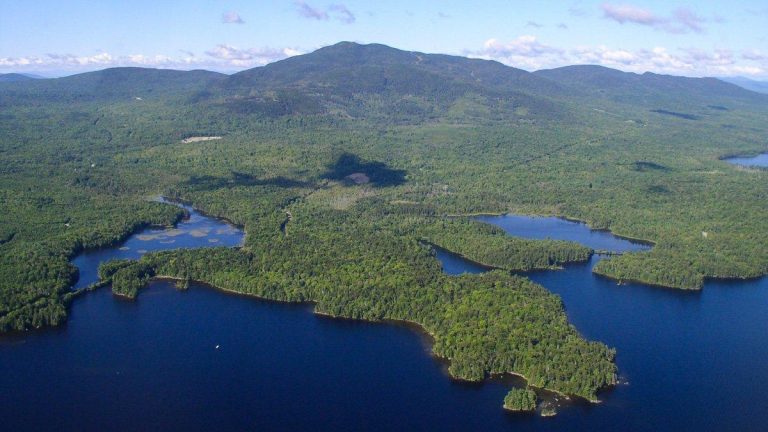 Well we’re not sure what to think of this yet, but apparently the Moosehead Lake Fisheries Coalition is hosting an Invasive Species Fishing Derby on June 14 on Moosehead Lake in Maine. The â€œInvasive Speciesâ€ in question in this particular derby happen to be Smallmouth Bass as well as White Perch and Yellow Perch.

There is an initiative in Maine by the Inland Fisheries and Wildlife division to protect native trout species. Smallmouth bass were introduced illegally sometime back to Moosehead Lake. The rumor there is a popular TV personality transported and stocked the lake with Smallmouth Bass but there is no evidence to that allegation.

Regardless, smallmouth bass now thrive in Moosehead Lake. In fact Moosehead Lake was listed No. 72 in the Top 100 Bass Lakes by Bassmaster in 2014. Biologists believe the smallmouth bass are a detriment to the salmonids in the fishery and thus the IFW issued a permit for said â€œInvasive Speciesâ€ catch-and-kill tournaments.

Moosehead Lake smallmouth bass fall under the S-13 Code for fisheries which means there are no limitations or restrictions on the catch of those species. So any size and however many you want can be taken out of the lake at any time.

It’s interesting to say the least, that smallmouth bass, a popular gamefish, is listed as an â€œInvasive Speciesâ€ and being treated like nuisance fish like Asian Carp. We certainly understand the biological ideas behind the IFW issuing a permit for the tournament, but still something about a catch-and-kill bass tournament doesn’t sit right with us. What do you think?

For more information on the derby, visit mooseheadlakecoalition.org.

For more information on fishing in Maine, visit maine.gov/ifw/fishing/.