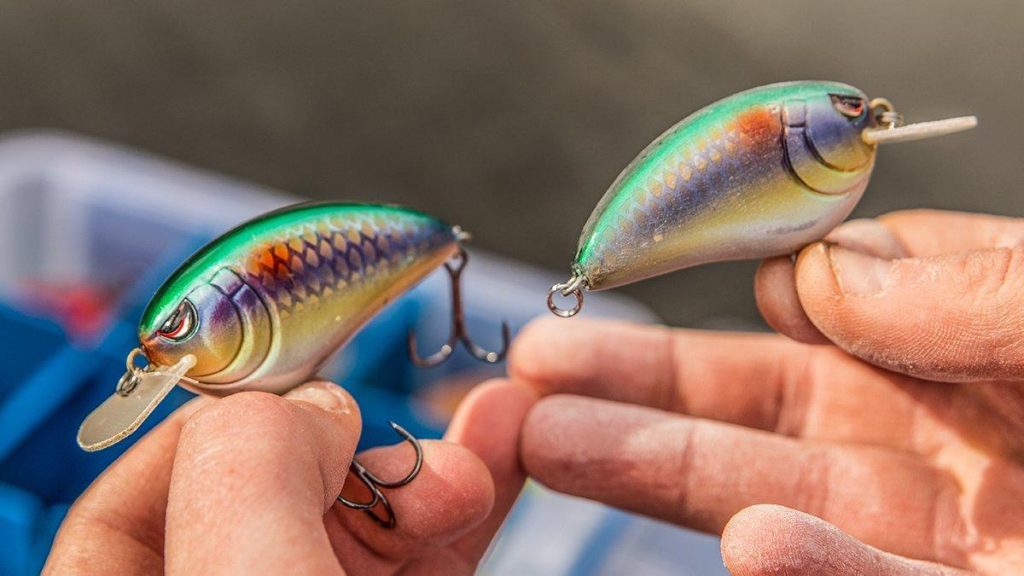 I’ll be the first one to admit that I’m not a big-time tackle tinkerer. When I do make tweaks to my gear, however, it’s because I really believe they help me catch more bass. I almost didn’t want to share this—we all like to keep a few things to ourselves—but I think it’s time to spread the wealth.

If you like to crank in the winter months, consider sanding your crankbaits before hitting the water. It sounds weird, but hear me out.

If you’ve spent a lot of time fishing in cold water, you’ll notice a much different coloration to both the bass and their forage. I’ve spent a some time plucking dying shad from cold water and studying them over the last few years—they’re essentially a matte white color. Whenever the water temperatures are below 50 degrees, you’ll notice this when you catch a bass or accidentally snag shad or other minnow species with your treble hooks.

After a while, a lightbulb went off in my head: My crankbaits might not look enough like the real thing. They’re too shiny. 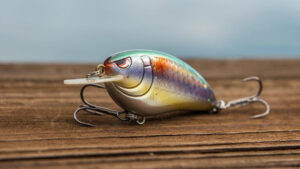 Almost all of your mass-produced crankbaits have some sort of reflective shine to them. It looks great in the package and increases the longevity of the color pattern, but I think it can spook lethargic, cold-water bass this time of year; especially in clear water.

My hunch paid off. I took some 220 and 320-grit sandpaper to a few of my staple cold-water plugs and began chucking them around. Sure enough, I was able to go through schools of fish I’d already pressured and get several extra bites.

I’m definitely not saying this is the golden ticket, because there’s no such thing, but I’ll be darned if it didn’t account for a few more fish catches.

I called Steven Bardin, a leading fisheries biologist and Wired2Fish contributor, for a more scientific explanation than what I’m able to offer. If I’m honest, I was also looking for some sort of validation for my off-the-wall theory.

“You’ll definitely notice that most winter fish have noticeably less coloration than other months of the year,” Bardin said. “This is because they’re spending more time in the deeper part of water column where light can’t penetrate. In addition, you’ll often run into dirtier water this time of year, which decreases sunlight penetration even more. Their scale pigmentation is heavily dictated by both light and water color.

“Baitfish are also quite pale because they’re not trying to reproduce. A lot of that coloration you’ll see in warmer months is used for attracting mates. A lot of minnow species and sunfish do this.”

Bardin and I also chatted about the difference in a bass’ cold-water feeding behaviors. In the spring and summer months, you’re often getting reaction strikes from the bass. Their metabolism is off the charts, so they’ll see the flash of your crankbait come by their face and eat it out of pure aggression. In the winter, however, you’ll get a lot more ambush-type bites from hunger. The reaction card doesn’t play as heavily into their winter feeding habits. They’re eating because they know they need to eat, so it’s important to make your offering as natural as possible.

How to do it 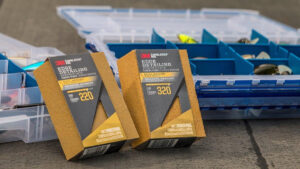 It’s important to understand that you don’t need a bunch of elbow grease when you’re sanding crankbaits. You’re simply trying to take the sheen off of them. If you do it correctly, you won’t affect the color scheme of the lure. 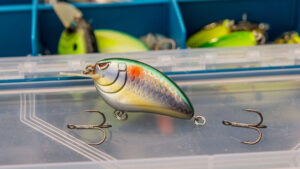 Next, you’ll want to make horizontal strokes down the length of the crankbait. I try not to work in a back-and-forth motion because the dust from the clear coat will make it hard to see what type of progress you’re making. 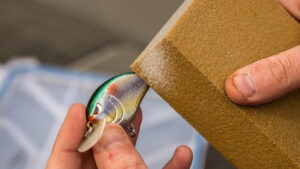 Work the entire lure—from the sides, to the back, all the way down to the belly and the throat.

Finally, slide your hooks back on and go fishing.

I know it might be hard to bring yourself to intentionally screw up your new, shiny crankbaits, but if it’ll make you feel better, try it on a few old ones you never throw. Once you get the hang of it, you can start making a small batch of exclusive winter-only plugs you can turn to when the water is below 50 degrees.

I know it sounds crazy, but trust me on this one. You’ll become a believer if you give it a chance. 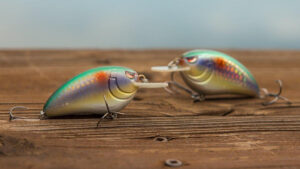