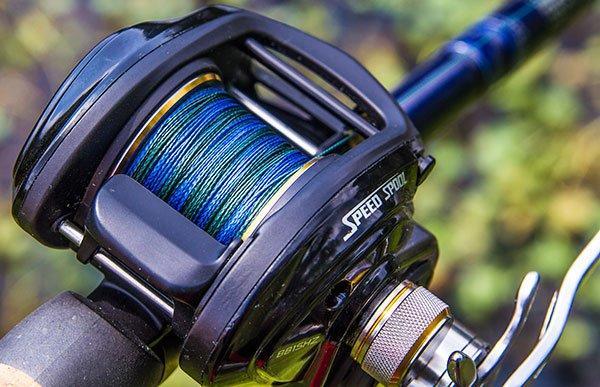 Many years ago, I used to be a pretty indiscriminate braided line userâ€”I figured it was all the same. After several years of experimentation, line failures, unexplained backlashes and frustration, my philosophy on braided line has drastically changed. As it turns out, not all braided line is created equal.

I’ve been using Sunline FX2 Braided Line for several months and I couldn’t be more impressed with it. Whether I’m punching through thick vegetation or fishing topwater frogs in dense cover, this line has never failed me. A nonexistent failure rate in braided line is something worth talking about, and there are 4 reasons I’ve quickly fallen in love with this line.

I’ve used braided line in the past that feels like horse hair between my fingersâ€”if you pinch it or bend it, it will retain its position. Everyone is different, but I avoid such lines. I’m happy to say, however, that Sunline FX2 Braided Line is extremely limp and supple.

The softness of this line makes the small, intricate tasks much quicker and simpler. I like to use backing on my braid reels and FX2 makes line-to-line knots very easy and less time consuming. When it comes to tying knots to your flipping hooks or frogs, the knots cinch down easily with very little resistance or friction. If you have to force a knot to tighten down on itself, it tends to weaken the line and make it more prone to failure on high-impact actions such as hooksets.

No more ugly dive-bomb casts after a fish catch

You know what I’m talking aboutâ€”you wrench a fish out of the crud, release it and make your next cast only to have the rod almost ripped out of your hands because of a cinch in your line. Thank goodness Sunline FX2 solves this problem.

I’ve purposely laid the wood to all the fish I’ve caught on FX2 in order to test its resistance to cinching. In both my flipping and frog fishing experiences, I haven’t had the first negative experience. Even after a rogue cast into a pine tree (come on, we all do it) and a lot of shaking and pulling, I was able to make a long cast immediately after getting unhungâ€”no ugly casts or concussed fish from a frog slamming into their head.

Very strong in all types of cover

Perhaps the most important aspect of any line is its reliability. If you’re using subpar line that makes you hesitant to set the hook aggressively, you’re putting yourself at a big time disadvantage, from both an equipment and confidence standpoint. I’ve put Sunline FX2 Braided Line through the wringer and have been totally impressed by the results. 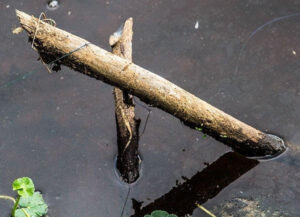 Let’s go back to my frog in the pine tree incident. Instead of trolling up to the tree to dislodge my lureâ€”because that would make too much senseâ€”I saw it as an opportunity to test the FX2. After pulling on it for about 10 minutes, I was able to pull my boat all the way to the bank with no breakage or failure. I’ve also used this line around chunk rock, wood cover, matted grass and pads with absolutely no problem. Even when a bass eats your flipping bait on the opposite site of stump and you hear the dreaded screeching and scraping of your line, the Sunline FX2 hasn’t failed me.

If you closely inspect many braided lines, you’ll notice many being oval-shaped, which causes bad castability. Sunline FX2 Braided Line is very round, which has allowed me to enjoy increases in both my casting distance and accuracy.

I was frog fishing with a friend of mine and after I launched my frog about twice the distance of his cast, I became a huge fan of this line. Needless to say, my buddy has a few spools of FX2 on the way to his house.

If you’re a big power fisherman and love yanking big bass from nasty places, I really think you should try this line. I’m going to have it on my front deck for the rest of the summer and I can’t wait to put it back to work. 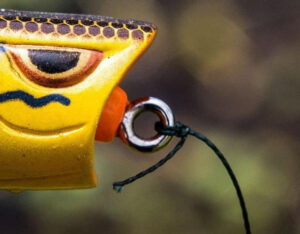