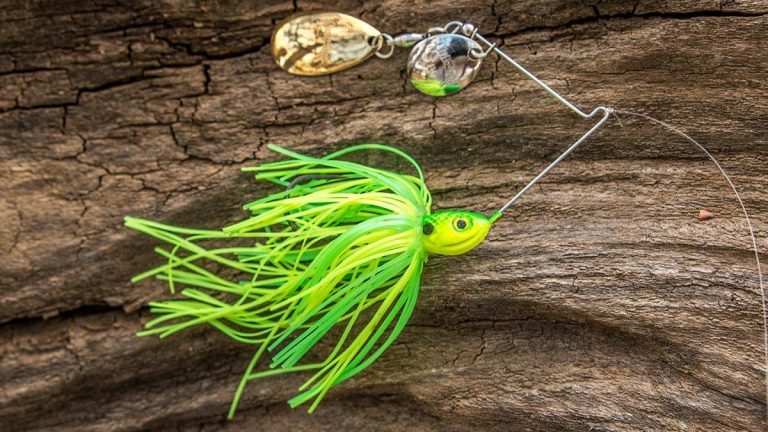 Finesse spinnerbaits are a popular option, especially on pressured fisheries. Simply downsizing the standard profile can make a world of difference when you’re having a tough time getting bites. I fish some tough lakes around the house, so I’ve seen this first-hand. I do not go fishing without a small spinnerbait somewhere in my boat.

I’ve spent a considerable amount of time this year fishing with the Strike King Lil’ Mr. Money Spinnerbait. It’s a small, 3/16-ounce spinnerbait and it catches bass of all sizes. 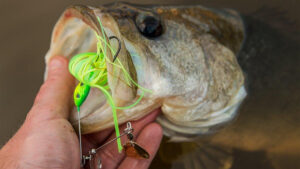 I’ve burned through a bunch of smaller spinnerbaits over the years and I only like a select few of them. Many of them simply aren’t compatible with the traditional casting gear I prefer. They’ll twirl if you reel ‘em too fast and they’re a booger to cast.

The Strike King Lil’ Mr. Money Spinnerbait, however, fishes much bigger than it really is. It casts quite well for its size, so I’m still able to use 15 to 17-pound fluorocarbon with a medium-heavy action casting rod. It’s super easy to pitch under boat docks and into laydowns, but you can also cover water with it.

It also has a fair amount of pull, especially given its diminutive profile. It has a large Indiana blade and a smaller Colorado blade, so you’re able to feel it and keep contact with it throughout the retrieve. I don’t know if it’s a confidence thing or what, but I want to feel my moving baits coming through the water so I can detect the slightest changes in tension or vibration. This spinnerbait allows me to do that, even with heavier casting gear. 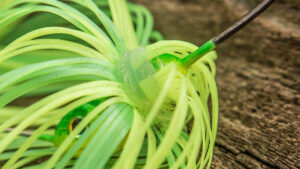 Another problem I have with several finesse spinnerbaits I’ve tested is durability. I am not interested in bargain bin spinnerbaits that will fall apart after two fish catches. I love a good deal, but there’s no since in using a lure that isn’t durable. You just end up spending more money replacing them.

Two things in particular have stood out to me in regards to the durability of the Lil’ Mr. Money: The skirt and the wire.

The skirt doesn’t have that cheap rubber band holding it onto the head. Those rubber bands are known for dry rotting and breaking. This skirt is held in-place by a durable collar that stays put before, during and after a fish catch. If it does happen to slide down the shank, you just push it back up—you don’t have to rearrange your skirt each time. I’ve also noticed that it stores well and doesn’t break down over time. 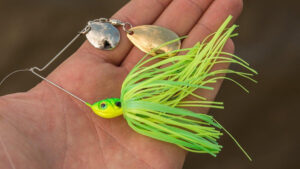 The wire is also stout, but it still allows for plenty of flex to add realism underwater. It may open a little bit when you catch a bass in the 4-pound range, but it hasn’t kinked thus far. This allows me to simply pinch it closed without a bunch of test casts to ensure it’s running correctly. I have not needed pliers for any adjustments throughout my testing. 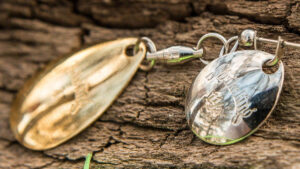 This spinnerbait isn’t full of cheap components, so it lasts a long time. The Spin-Eze ball-bearing swivel keeps the blades spinning even during a slow, fluttering retrieve and even if you store it wet, you shouldn’t have any issues with blade function during the next fishing tirp.

The black nickel hook is also tough and plenty sharp. I can barely flex it with my bare hands and have had no issues with flexing or tip-rolling throughout my testing. 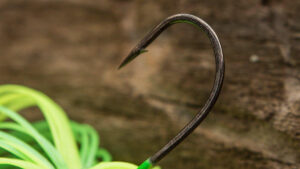 I use a trailer hook for added insurance the large majority of the time and I really like the elongated skirt on the Lil’ Mr. Money. It hides the hook well and pulsates nicely as the spinnerbait moves through the water. If you don’t like a long skirt, you can simply trim it up for an even subtler profile.

If you find yourself searching for bites, I’d recommend giving this spinnerbait a shot. It catches ‘em and it’s not a wimp. That’s what I’m looking for in a finesse spinnerbait.