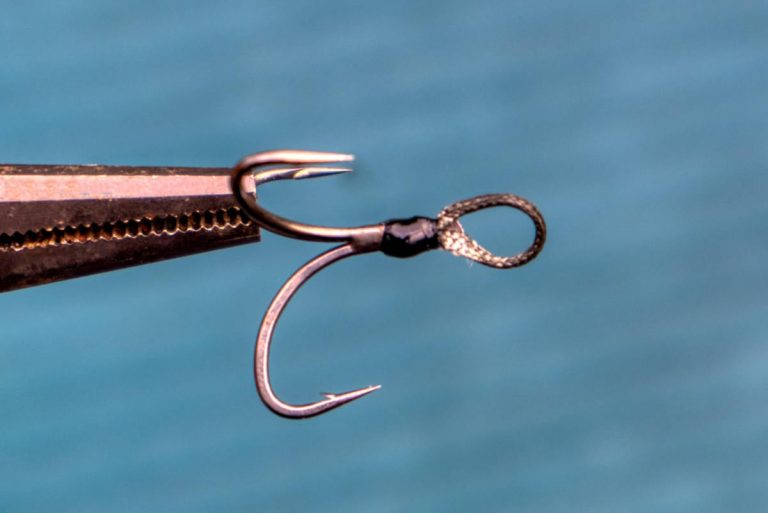 I’ve been tying manual braid split rings for several years. Joe Uribe out of California showed me one time at an FLW event years ago and I’ve been tying them ever since. They are not easy to tie and certainly not if you’re in a hurry. So I tie them up mostly in my spare time. I often wondered why no one manufactured braid trebles. I’ve seen a few guys making hand-tied ones in the last 6 months, but last year, Savage Gear released the Savage Grip Treble with a proprietary braid loop. And I have to say, it solves some common problems for anglers keeping fish pegged on treble hook baits.

The first thing I thought of when I first saw the Savage Grip Treble was it could fix some of the inherent problems with large lures. Namely split-ring torque.

Split ring torque is what I call what happens when a fish starts slashing on the surface with a big bait like a giant flutter spoon or a big hard swimbait. Most anglers think it’s the weight of the lure that knocks the bait free. But I’ve come to believe they twist the split ring until it’s torqued tight and then all they have to do is knock the lure one time and it pops the hook out. I’ve tested this with big spoons and a split ring and big treble. It’s amazing out you can pop the hook out of something hard easy with the treble hook locked.

The Savage Grip alleviates the torque. Thus making it a lot harder to throw a lure that’s attached to a looser tether.

The Savage Grip Treble will twist 6-8 times before it’s completely tight. And even then it has more flexibility than steel split ring. That freedom makes the Savage Grip hard to throw. The hooks are extremely sharp, feature a braided loop and adhesive on the eye that holds everything in place solidly.

With a spoon like the Worldwide Spoon, you can have braid hooks top and bottom. The braid stinger on the Worldwide always sticks them. Now I put the Savage Grip treble on the other end and land a lot more of the doubles I get. 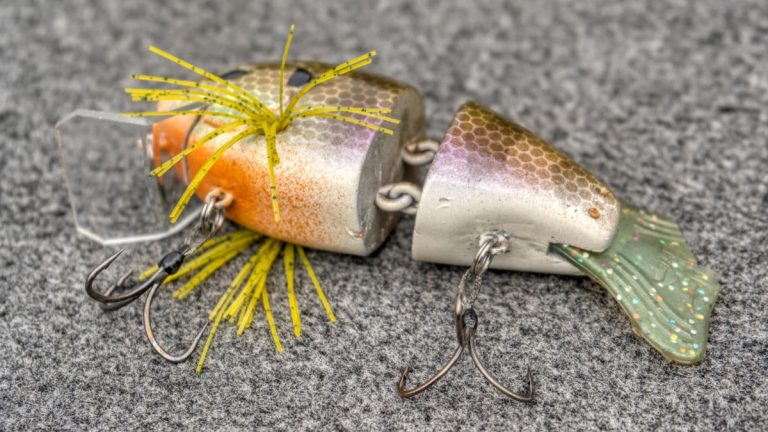 The other thing that excited me about the Savage Grip Treble was fishing it on swimbaits. I believe the Savage Grip will work great on anything where you pull set into fish. The combination of the sharp EWG hook and the braid tether really sets the hook into the fish on a hard pull. You don’t have to whip set. In fact I believe you will want to fish it on baits where you pull into the fish more like crankbaits, swimbaits and spoons.

I replaced the hooks on this Toxic Baits Whipper Snapper with Savage Grip Trebles. 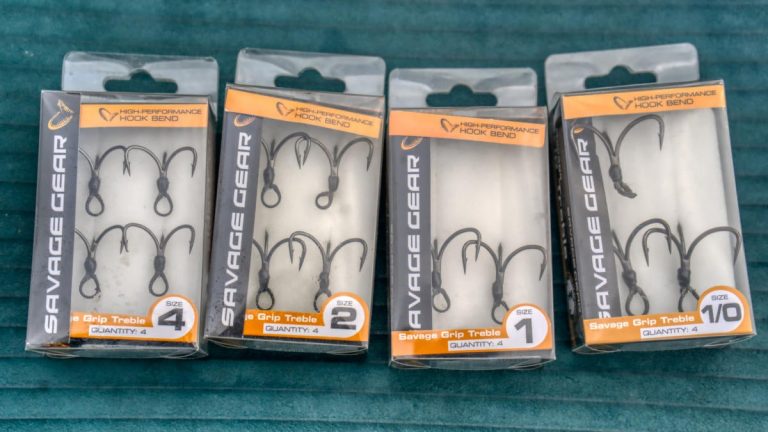 The Savage Grip hooks comes in sizes No. 4, No. 2, No. 1 and 1/0. They are EWG hooks that are a little stronger than typical 1X hooks. Couple that with the 120-pound braid and epoxy and you have a stout hook that takes all the leverage away from the fish during the fight.

The Savage Gear Savage Grip hooks come 4 to a pack and have lasted a long time on the baits I’ve swapped them on. 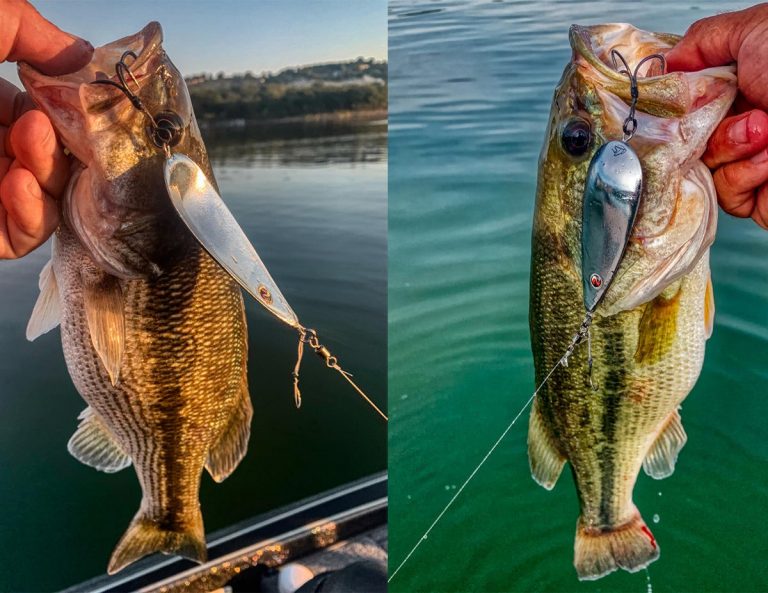 I’ve caught a bunch on the spoon with the braided treble. I’ve caught several on swimbaits and a few topwaters with the Savage Grip treble. It sticks small fish and big fish equally well and holds them pegged until you land them.

This is one the products I was most excited about from 2019 ICAST and it did not disappoint.

You can find them right now at Tacklewarehouse.com and other retailers that carry Savage Gear tackle.