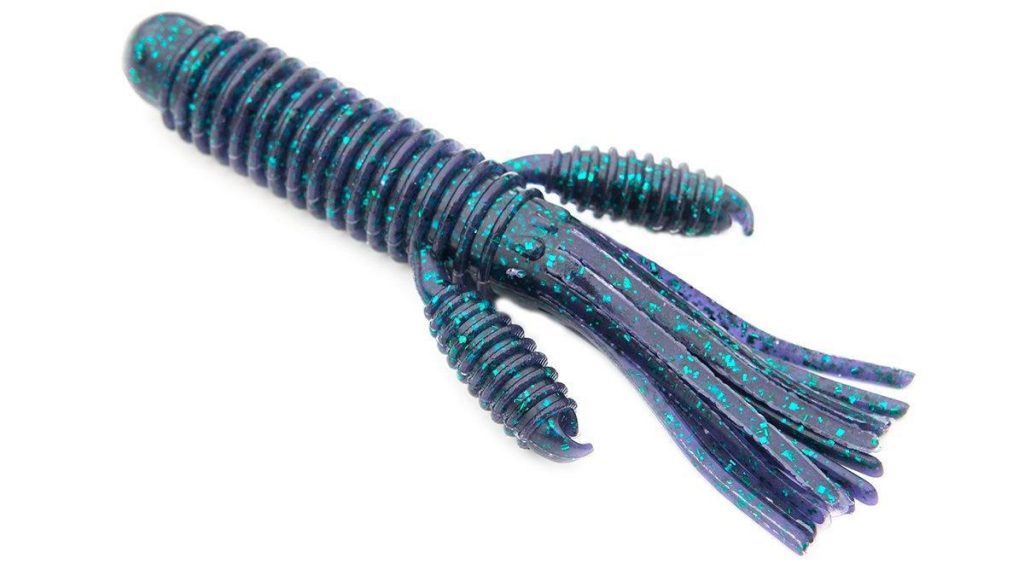 I’ve had a lot of success downsizing my bait selection whenever I’m having trouble getting bites. Whether it’s due to a brutal weather front, excess fishing pressure on a small lake or other factors beyond our understanding, it seems as if my smaller soft plastic baits have become a productive and reliable fallback for me.

To put this plainly, I’ve been getting my teeth kicked-in pretty well for the last few weeks on my home fisheryâ€” and I’m talking big, heaping spoonfuls of humble pie. But as I was rifling through my boat the other day to salvage a poor outing, I ran across the Reins Craw Tube. I hadn’t tried it yet, but it was small and looked fairly non-intrusive, so I rigged it up and gave it a shot.

Since that day, I’ve found myself fishing with it quite often for the following reasons.

Glides to the bottom

Have you ever been on an incredible shallow flipping and pitching pattern and seen it vanish in a matter of hours? If you fish shallow water enough, it’s an inevitable conundrum that happens to everyone. I’ve often found, however, that the bass haven’t movedâ€” they’ve simply suspended.

This has been the primary reason for my tough fishing trips lately. I wasn’t getting bites in the areas my experience told me to fish, so I packed-up shop, ran all over the lake and effectively tied my brain in knots. Until I picked up the Reins Craw Tube.

The Craw Tube has a surprisingly tantalizing fall for such a small, compact bait. When you pitch it next to a piece of cover and allow it to sink on a slack line, it glides to the bottom fairly slowly. It doesn’t fall straight down like a hunk of lead, which certainly intrigued me.

I started re-hashing some of the areas in which I previously got skunked on a 1/2-ounce and 3/8-ounce jig. I’d pitch it next to a dock post and could see my line sliding to the side as it lazily descended to the bottom. Every now and again, I’d see my line jump and what do you know? I was finally catching fish.

After a lot of experimentation with similar soft plastic baits and different sized weights, I fully attribute these recent fish catches to the unique and very subtle gliding action of the Craw Tube. The bass had simply suspended about 6 feet from the surface on deep dock poles and a fast, straight fall wouldn’t cut it. I even tried a wacky rig with very limited success, which tells me there’s something special about the Craw Tube’s action.

Simplicity is a big deal in heavy cover 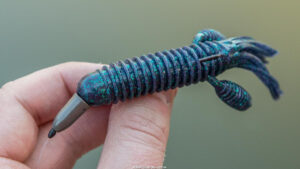 I fish heavy cover a lotâ€”probably more than I should, to be honest. I make a concerted effort to use baits that have very few appendages because I don’t want anything obstructing an efficient descent to the bottom. If you use a bait with a bunch of dangly things hanging off of it, they’re sure to get snagged on limbs and stalks of vegetation.

For this reason, I’ve found the Reins Craw Tube to be a great choice for flipping and pitching the gnarliest stuff I can possibly find. The skirt isn’t very soft, which made me a bit skeptical at first, but I’ve noticed that it facilitates a much cleaner and streamlined fall when you’re pitching to very tight areas. The claws are also very small and seem to paddle very slightly on the fall, but they’re close enough to the body to maintain a sleek profile. 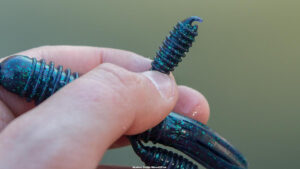 Also worth noting is the ability to remove the Craw Tube’s claws in order to achieve an even more compact flipping shape. You can clip ’em off with scissors or simply bite them off. This seems to accelerate its fall rate a bit more, but it can be an excellent little tweak when you’re fishing thick grass.

I’ve tinkered with the Craw Tube a lot in shallow, clear water. I’ve dragged it, hopped it and dead-sticked it and paid close attention to its movements. To be totally honest, it doesn’t have much natural action without any angler involvement. The skirt moves just a bit, but nothing earth-shattering by any means. 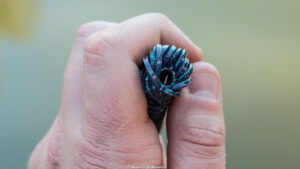 But I think that’s the beauty of it. For the first few twitches of your rod tip, the bait actually releases a thin stream of air bubbles thatâ€”to the best of my knowledgeâ€”get trapped in its hollow body and by its ribbed exterior. This may very well be the reason I’ve had the majority of my bites on the first 4 to 5 “hops” of the Craw Tube.

Its durability is excellent 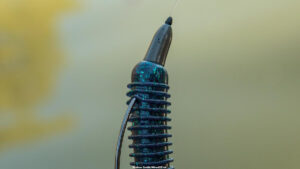 Fishing can be a pretty expensive sport and it gets even more costly when you have to re-rig your pitching and flipping baits after every bite. With the Reins Craw Tube being priced at more than $1 per bait, my first concern was durability.

I can confidently say, however, that this bait is extremely tough and quite resistant to tearing and ripping. I’ve caught up to 5 bass on a single tube, which is certainly commendable in my opinion. It also skips underneath cover like a river rock and stays on the hook without any problems whatsoever. Very rarely have I had to re-rig a Craw Tube after an errant skip cast.

I’ve found the Reins Craw Tube to be a solid bait for tough fishing conditions. Its unique fall and ability to quickly penetrate thick cover have been very effective for me, which has led me to rely on it heavily for the past several weeks. If you frequent tough fisheries, I think you’ll be impressed by it.

The Reins Craw Tube is available at TackleWarehouse.com.